the Next Level: What Insiders Know about Executive Success (Revised, Expanded)

Like a personal executive coach, this book shows you what to keep and ditch for success at the next level.

As the economy recovers, as it surely must, there are going to be a lot of workers being tapped for executive positions for the first time—and hopefully many others that reenter the workforce in leadership roles. And, for those workers, Scott Eblin's newly revised and expanded edition of The Next Level: What Insiders Know About Executive Success, released last month by Nicholas Brealey Publishing, has come at a fortuitous time. This book is akin to Michael Watkin's classic, The First 90 Days, offering practical steps to succeed in one of the most grueling shifts you'll ever face in professional life. READ FULL DESCRIPTION

Much as Good to Great described what seperates top companies from the rest, The Next Level: What Insiders Know about Executive Success shows executives what seperates leadership success from failure at the next level. Every day, high performers are tapped to be executives and then left alone to figure out how to succeed in their new role. When this happens, most executives rely on strengths that served them well earlier in their careers. As executive coach Scott Eblin explains, this is why 40 percent of them fail. Moving successfully to the executive level requires knowing which behaviors and beliefs to let go, as well as which new onces to pick up. This confidence-building book outlines a program for success based on frank advice from accomplished senior executives around the world on what to do and, just as important, what to avoid. Like having a personal executive coach at your side, this valuable book shows you what to pick up and let go of to be successful at the next level. This fully revised edition of The Next Level is an essential addition to any leadership development or executive education toolkit. 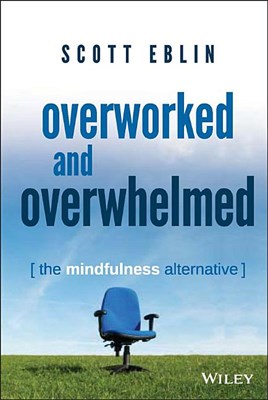 Overworked and Overwhelmed: The Mindfulness Alternative 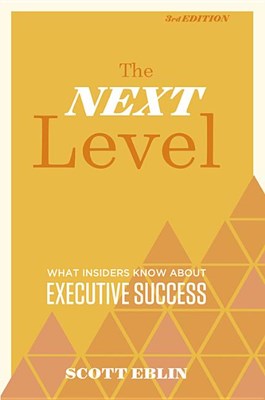 Next Level, 3rd Edition: What Insiders Know about Executive Success