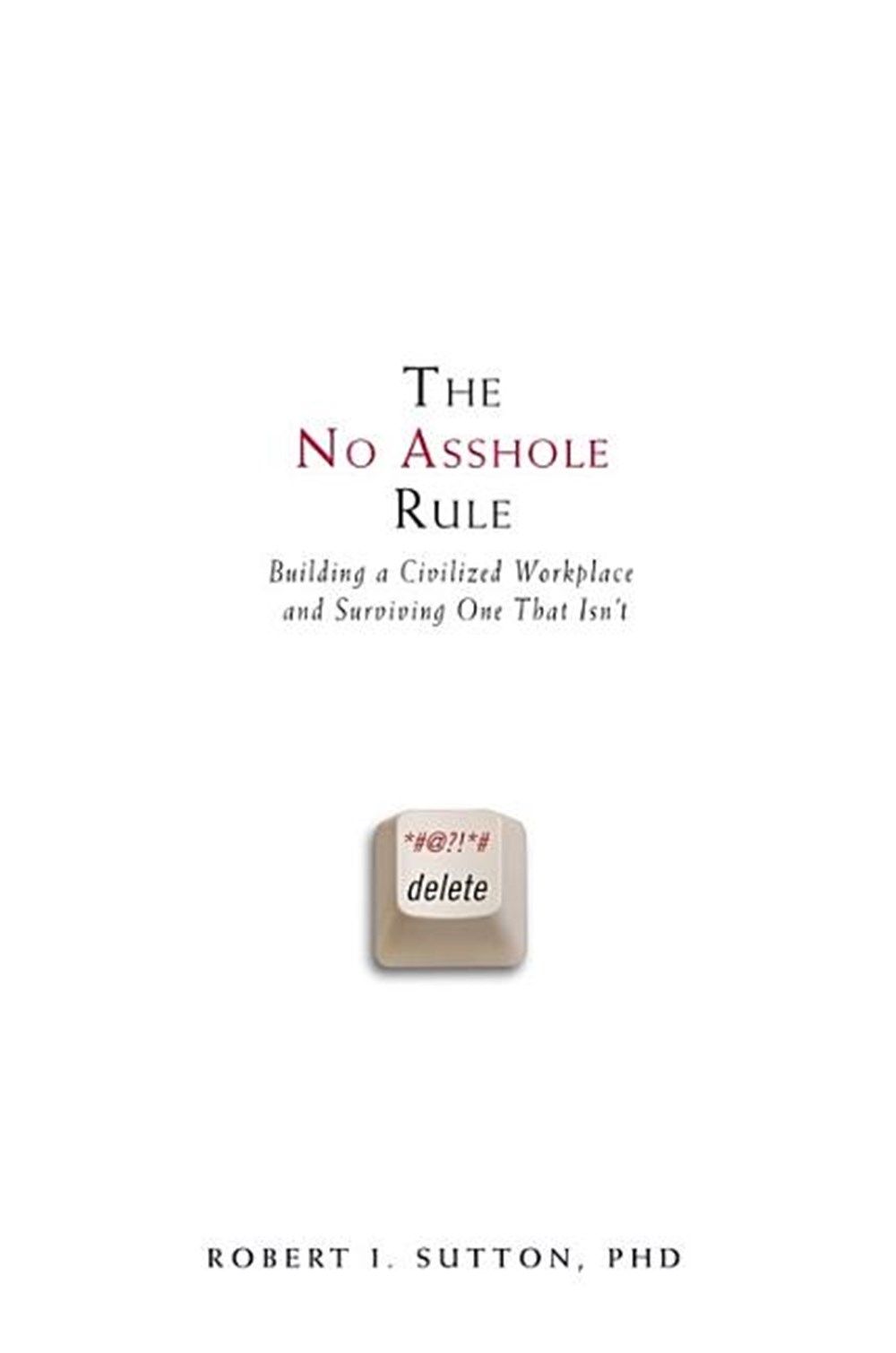 Sutton uses in-depth research and analysis to show how managers can eliminate mean-spirited and unproductive behavior (while positively channeling some of the virtues of problem employees) to generate a newly productive workplace.

I am getting this up late, but Bob blogs that he and The No Asshole Rule will be featured on the Today show tomorrow morning (Wednesday 1/24/07) at 8:32AM (I am guess Eastern Time). READ FULL DESCRIPTION

Publishers Weekly released its bestseller list late last month. A Thousand Splendid Suns topped the fiction category, while The Secret took the top nonfiction spot. But, those books get enough love, so we thought we would list the business titles that show up on the list (they list all books that sold over 100,000 copies in calender year 2007). READ FULL DESCRIPTION

The Quill Awards, which they self-describe as "first literary prizes to reflect the tastes of all the groups that matter most in publishing--- readers, booksellers and librarians", were announced this morning. Bob Sutton's No Asshole Rule won the business category from the finalists of Small Is the New Big by Seth Godin, Women &amp; Money by Suze Orman, Send by David Shipley and Will Schwalbe, and Chocolates on the Pillow Aren't Enough Jonathan M. Tisch with Karl Weber. READ FULL DESCRIPTION

Take 'em to the beach.

If you're looking for a paperback to peruse on the beach, BusinessWeek suggests: The Poker Face of Wall Street by Aaron Brown (due out late July) -- how gambling fits in with finance. The Disposable American: Layoffs and Their Consequences by Louis Uchitelle -- the ugly side of layoffs. Mr. READ FULL DESCRIPTION

ChangeThis : The New and The Popular

ChangeThis has a new set of manifestos for your consumption. Bob Sutton gives the alternate argument to his best-selling book with a piece titled The Upside of Assholes. Consultant Mark Graban says the things Toyota does to make great cars can help healthcare. READ FULL DESCRIPTION

No "Jack Welch" on the horizon

It's interesting how many inquiries we receive regarding "CEO" books. Not from customers, but from the media. There seems to be a fascination with the stories of heroic or villainous business gurus. READ FULL DESCRIPTION

This morning, Todd gave a nice summary of what's new on our blogs. I'd like to point out that there's also a new entry up on our Excerpts blog. It's an excerpt from The No Asshole Rule by Robert Sutton. READ FULL DESCRIPTION

With 66 bookstores in airports all over North America, you may know Hudson Booksellers from your travels. They have now decided that it is time to help busy travelers select the books they sell, announcing their picks of the best books of 2007. It's a pretty long list, with selections in the fields of fiction, non-fiction, children's, and--aha! READ FULL DESCRIPTION

More of Zook and Others

I have found some supplemental reading to our recent Unstoppable podcast. Chris Zook (Unstoppable) has been writing a blog for Harvard Business Online. The online site has recruited Bob Sutton (No-Asshole Rule, Hard Facts), Sylvia Ann Hewlett (Off-Ramps and On-Ramps), and Michael Watkins (First 90 Days) among others. READ FULL DESCRIPTION

The No Asshole Rule by Bob Sutton

The No Asshole Rule by Robert I. Sutton    This excerpt is taken from The No Asshole Rule: Building a Civilized Workplace and Surviving One that Isn't. The author, Bob Sutton, is a professor at Stanford University. READ FULL DESCRIPTION

Yesterday, Kate was talking about kicking ass. Today, I am going to go the other way and talk about Bob Sutton's new book No Asshole Rule. I have gotten to know Bob over the last year and I think he is onto something with the book. READ FULL DESCRIPTION

The No Asshole Rule is a New York Times, Wall Street Journal, USA Today and Business Week bestseller. It won a Quill Award for the top business book of 2007, and was recently chosen as one of audible.com's top picks as well. 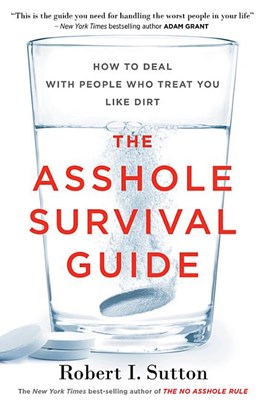 Asshole Survival Guide: How to Deal with People Who Treat You Like Dirt