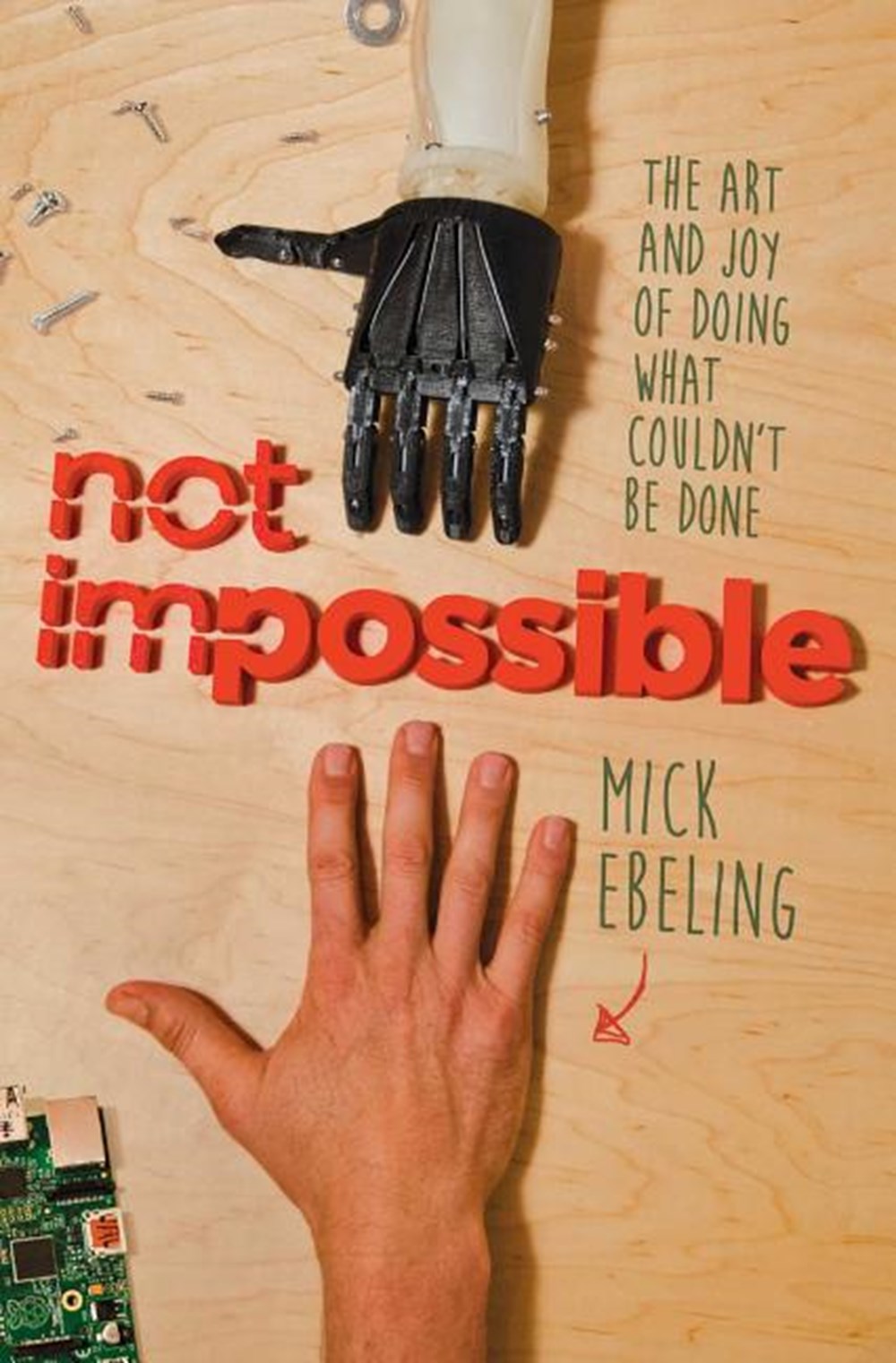 Not Impossible: The Art and Joy of Doing What Couldn't Be Done

What if you discovered by accident that you could change the world. Mick Ebeling--a film producer by trade, optimist by nature--set out to perform a simple act of kindness that quickly turned into a lifelong mission.

Inside the Longlist: Innovation & Creativity

Not Impossible: The Art and Joy of Doing What Couldn't Be Done by Mick Ebeling

Doing the Not Impossible is often the result of first saying "Yes." READ FULL DESCRIPTION

What if you discovered by accident that you could change the world? Mick Ebeling--a film producer by trade, optimist by nature--set out to perform a simple act of kindness that quickly turned into a lifelong mission. In the process he discovered that he could, indeed, change the world--and this fascinating new book shows how you can, too. On the cutting edge of the new "Maker Movement"--an outgrowth of the "hackers" of a decade ago--Mick Ebeling has found ways to create new, simple, do-it-yourself technologies to help people surmount seemingly impossible odds. With a bunch of nuts and bolts, a few jimmy-rigged web cameras and a coat hanger, he got a paralyzed artist drawing again; for less than a hundred bucks, he made prosthetic arms for a boy whose arms had been blown off in the war in Sudan. From the beginning, Ebeling has dreamed big, but that doesn't mean his accomplishments have come easy. He's had to deal with the little voice in his head we all recognize--the skeptical, disbelieving part that says, "Sorry, this ain't happening." Yet he found the courage to ignore that voice and move on. And believe. And get things done. The first result was the Eyewriter, which Time magazine called one of the "Top 50 Inventions of 2010," a device that tracks eye movements and translates them into a cursor on a screen, then into paint on a canvas or a sculpture design. Later he travelled to the Sudan with the homemade prosthetic hand his team created and taught the locals to use the 3D printers--now every week another armless boy gets new working limbs and hands. Fascinating, inspiring, and bursting with optimism and new ideas, Not Impossible is a true testament to the power of determination. It will motivate you to accept the idea that all problems can be solved--and that you have the ability to change the world and make miracles happen.