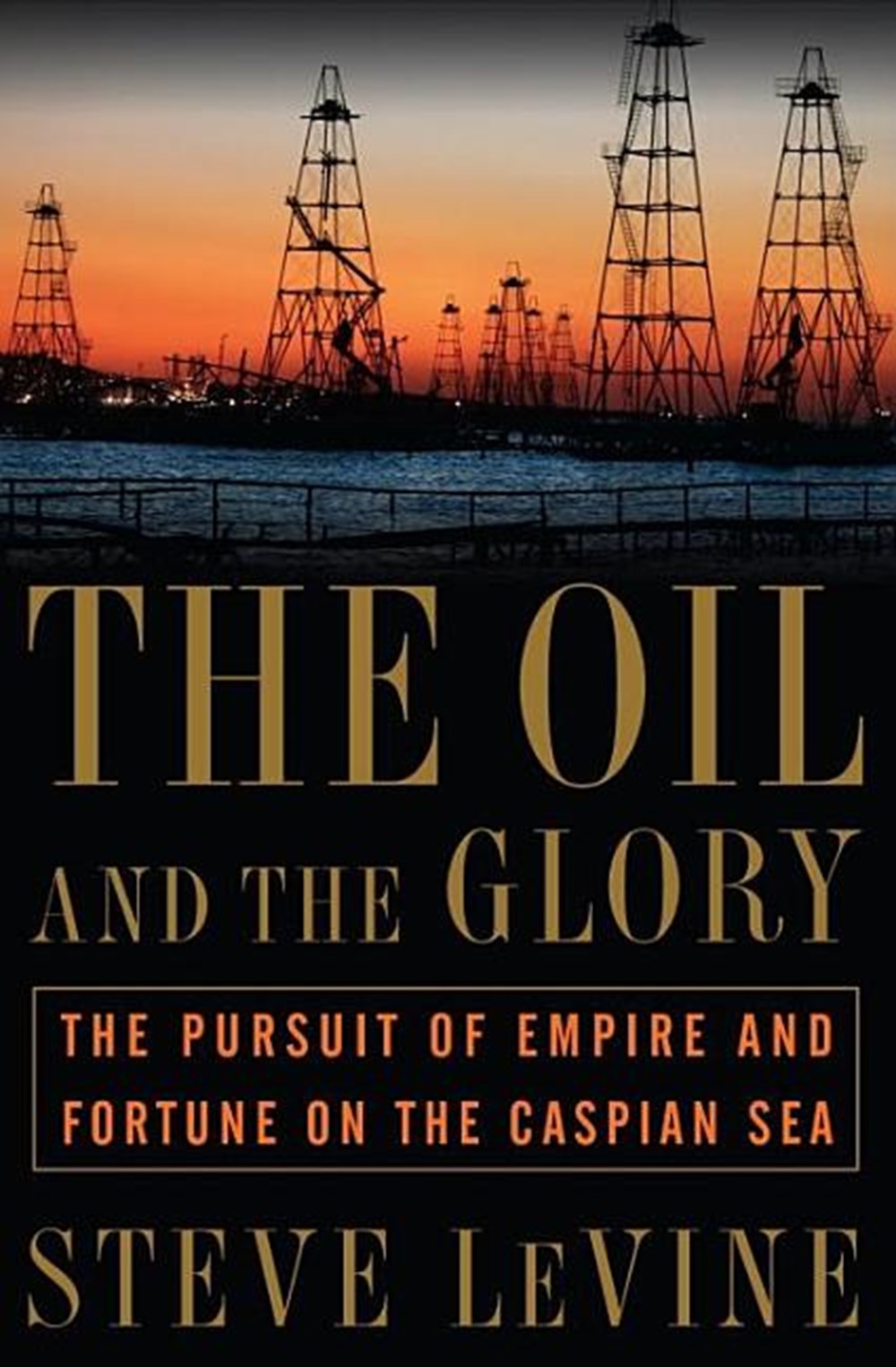 The Oil and the Glory: The Pursuit of Empire and Fortune on the Caspian Sea

After the Soviet Union crumbles, oil in the Caspian region becomes accessible to the West for the first time. LeVine takes readers from the pipeline builders and oil extractors to the boardrooms of Chevron and BP to meetings between corrupt officials and U.S. dealmakers as the race for oil heats up.

I have always appreciated BusinessWeek's commitment to the category of business books. The magazine reviews books in each issue and publish its monthly business book bestseller list. Continuing in their support, here are the slideshow of books BusinessWeek choose in 2007 as their Best Business Books of the Year: In Spite of the Gods: The Strange Rise of Modern India by Edward Luce Asian Godfathers: Money and Power in Hong Kong and Southeast Asia by Joe Studwell The Age of Turbulence: Adventures in a New World by Alan Greenspan The Black Swan: The Impact of the Highly Improbable by Nassim Nicholas Taleb The Strategy Paradox: Why Committing to Success Leads to Failure (And What to Do About It) by Michael E. READ FULL DESCRIPTION

Remote, forbidding, and volatile, the Caspian Sea long tantalized the world with its vast oil reserves. But outsiders, blocked by the closed Soviet system, couldn t get to it. Then the Soviet Union collapsed, and a wholesale rush into the region erupted. Along with oilmen, representatives of the world s leading nations flocked to the Caspian for a share of the thirty billion barrels of proven oil reserves at stake, and a tense geopolitical struggle began. The main players were Moscow and Washington the former seeking to retain control of its satellite states, and the latter intent on dislodging Russia to the benefit of the West.
"The Oil and the Glory" is the gripping account of this latest phase in the epochal struggle for control of the earth s black gold. Steve LeVine, who was based in the region for "The Wall Street Journal, The New York Times," and "Newsweek," weaves an astonishing tale of high-stakes political gamesmanship, greed, and scandal, set in one of the most opaque corners of the world. In LeVine s telling, the world s energy giants jockey for position in the rich Kazakh and Azeri oilfields, while superpowers seek to gain a strategic foothold in the region and to keep each other in check. At the heart of the story is the contest to build and operate energy pipelines out of the landlocked region, the key to controlling the Caspian and its oil. The oil pipeline that resulted, the longest in the world, is among Washington s greatest foreign policy triumphs in at least a decade and a half.
Along the way, LeVine introduces such players as James Giffen, an American moneyman who was also the political fixer for oil companies eager to do business on the Caspian and the broker for Kazakhstan s president and ministers; John Deuss, the flamboyant Dutch oil trader who won big but lost even bigger; Heydar Aliyev, the oft-misunderstood Azeri president who transcended his past as a Soviet Politburo member and masterminded a scheme to loosen Russian control over its former colonies in the Caspian region; and all manner of rogues, adventurers, and others drawn by the irresistible pull of untold riches and the possible final frontier of the fossil-fuel era. The broader story is of the geopolitical questions of the Caspian oil bonanza, such as whether Russia can be a trusted ally and trading partner with the West, and what Washington s entry into this important but chaotic region will mean for its long-term stability.
In an intense and suspenseful narrative, " The Oil and the Glory" is the definitive chronicle of events that are understood by few, but whose political and economic impact will be both profound and lasting.
"The collapse of the Soviet Union was a big opportunity for Big Oil, whose exploits are detailed in this fast-paced work of political and economic reportage by "Wall Street Journal" energy correspondent LeVine.
Westerners had been sniffing for black gold in Russia and its satellites long before the empire disintegrated, notes the author. Averell Harriman, the Harvard-trained scion of nineteenth-century robber baron Edward Harriman, tried his hand at the business before turning to manganese mining, while Armand Hammer became a money launderer for the Bolsheviks, sneaked cash to secret Bolshevik agents in the United States, and profited handsomely as the representative in Russia of some thirty American companies. Hammer set the tone for the Americans who flocked to the Caspian in the first years of the Clinton presidency, which maneuvered for the construction of an east-west oil pipeline that, by reversing the old pattern of Central Asian materials going north to Russia and coming back as products for sale, would favor the West and disfavor Russia. Not a nice way to treat a fledgling democracy, but the oil scouts, of course, considered Russia a rival for Central-Asian resources second only to Iran, with its heartfelt and long-standing enmity toward the United States in the region and abroad. These scouts the first among equals being LeVine s heart-of-darkness antihero, Jim Giffen kept their distance when Russia still had control over the area, spurning a Gorbachev-era program to allow foreign co-ownership. But they rushed to support separatist movements and encouraged ethnic and political divisions that opened the door to an even bigger share of the wealth. The tale of Giffen s rise and fall (the latter for perhaps surprising reasons) occupies much of the later pages, but he never loses sight of the bigger picture: namely, Central Asia as oil lamp and potential powder keg in the realpolitik of the next few years.
A complex story rendered comprehensible, with much drama and intrigue."--KIRKUS"