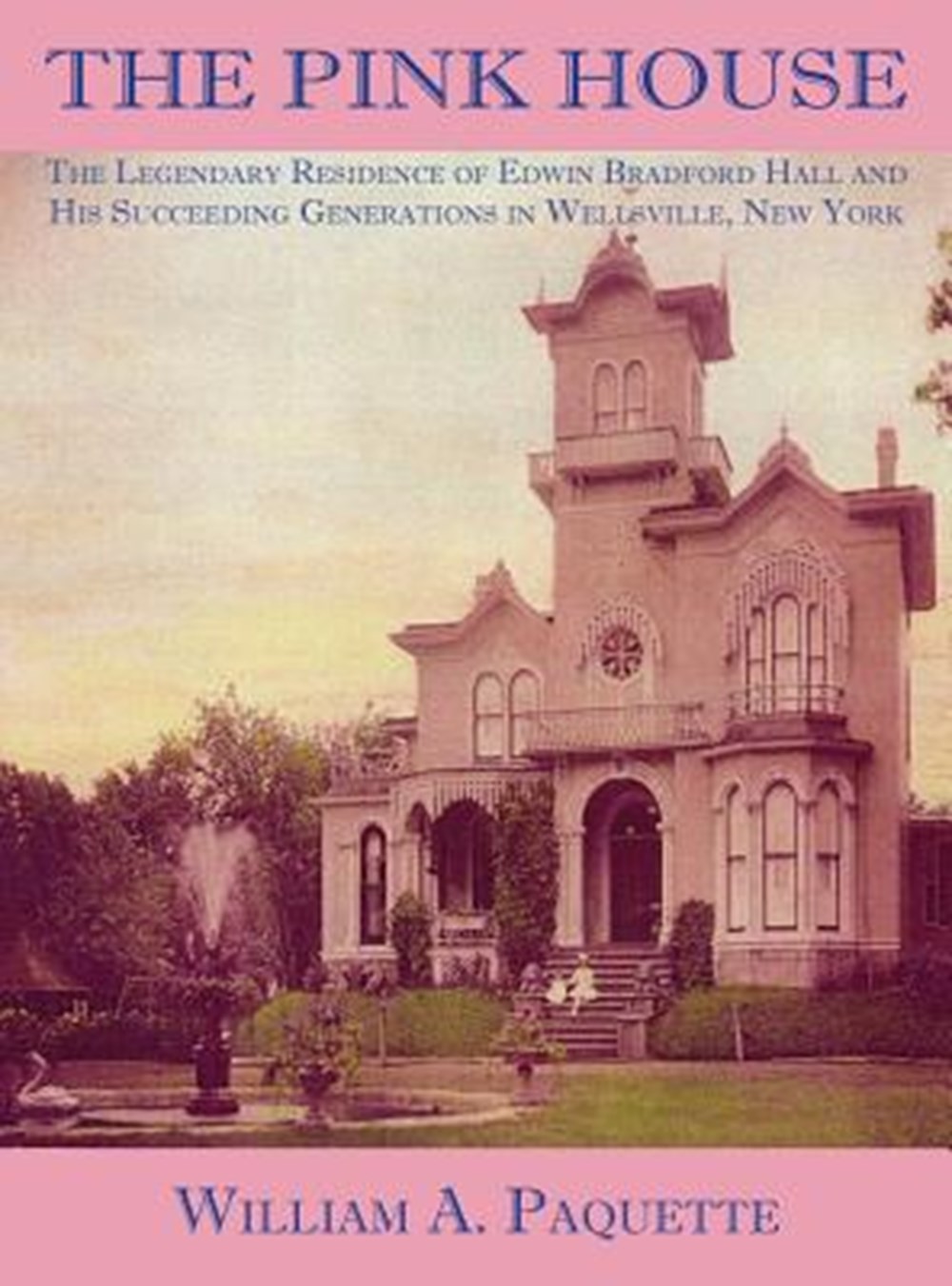 The Pink House: The Legendary Residence of Edwin Bradford Hall and His Succeeding Generations in Wellsville, New York

The history of The Pink House is unique because it is one of the few Victorian-era residences to remain in the possession of the same family for four generations.

The history of The Pink House is unique because it is one of the few Victorian-era residences to remain in the possession of the same family for four generations. Victorian residences are 19th century fantasies created as monuments to their original owner's financial success and their personal tastes and interests. Each residence is an exuberant expression of achieving the American financial dream, the love of family and faith, and the opportunity to explore avocations during an era in United States History when the country was rapidly becoming an urban and industrial nation. Economic success enabled Americans to cast off the simple and austere architecture of houses that were two rooms over two. Multi-storied residences, many with towers and multiple wings, permitted larger and more rooms with specialized functions. The interiors celebrated the latest in technological innovation in plumbing, lighting, and heating. The decorative arts were given full expression in the beautifully carved woodwork that celebrated the varieties of local hard and soft woods and the skills of local immigrant artisans. Victorian homes were dedicated to more than the customary cooking, eating, and sleeping functions. Victorian homes permitted family members to experience beauty and comfort while developing their own talents and skills. But, it was not only the exterior and interior that Victorian houses celebrated. These residences celebrated the landscaped grounds and decorative gardens, which enhanced the beauty of the architecture in their midst. Landscaped grounds with fountains and ornamentals were gathering places for family and friends to celebrate birthdays, christenings, weddings, funerals, and the seasons of spring, summer, fall, and winter. Victorians were social. Both the gardens and grounds along with the residential interiors brought family and friends frequently together to appreciate special moments.

The Pink House has always been a private residence. It has never been open to the public. Therefore, this may be the reason for the many unexplained stories that surfaced over 150 years about the home built by Edwin Bradford Hall. Mr. Hall and his descendants remained very private people in both the celebration of life and the sadness of grief over death. Mrs. Fannie Hall Carpenter, the daughter of Edwin B. Hall, lived a more secluded life after the death of her husband, John Milton Carpenter, in 1926 until her own death in 1958. As a result, the house retreated more from the realm of social interaction. Mrs. Carpenter's daughter, Florence Carpenter Woelfel, lived permanently in Columbus, Ohio returning to Wellsville for a few months each year. It was not until the retirement of Dr. Julian Woelfel in 1989, Edwin B. Hall's great-grandson, that The Pink House once again came back to life and was reintegrated into the Wellsville community under Julian's and Marcile's stewardship.

On behalf of Dr. Julian and Marcile Woelfel I invite you to The Pink House. This is a ghost free tour. The Pink House never had ghosts. Mary Frances Farnum never haunted The Pink House because it never existed during her short life time. The death of two-year old Beatrice Carpenter was a private family tragedy. As you page through the story of The Pink House enjoy the travel back in time to Wellsville's early days. Rediscover the accomplishments of Edwin Bradford Hall as a successful druggist, a gifted amateur fossil collector, and talented architect. Rediscover the roles played by Antoinette Farnum Hall, her daughter Fannie Hall Carpenter, and Mrs. Hall's sister, Louise Farnum Brown, in the establishment of Wellsville's David A. Howe Public Library. My only regret is that Dr. Julian Woelfel died unexpectedly on September 2, 2017 and could not be with us to celebrate the publication of The Pink House but he remains with us in spirit.