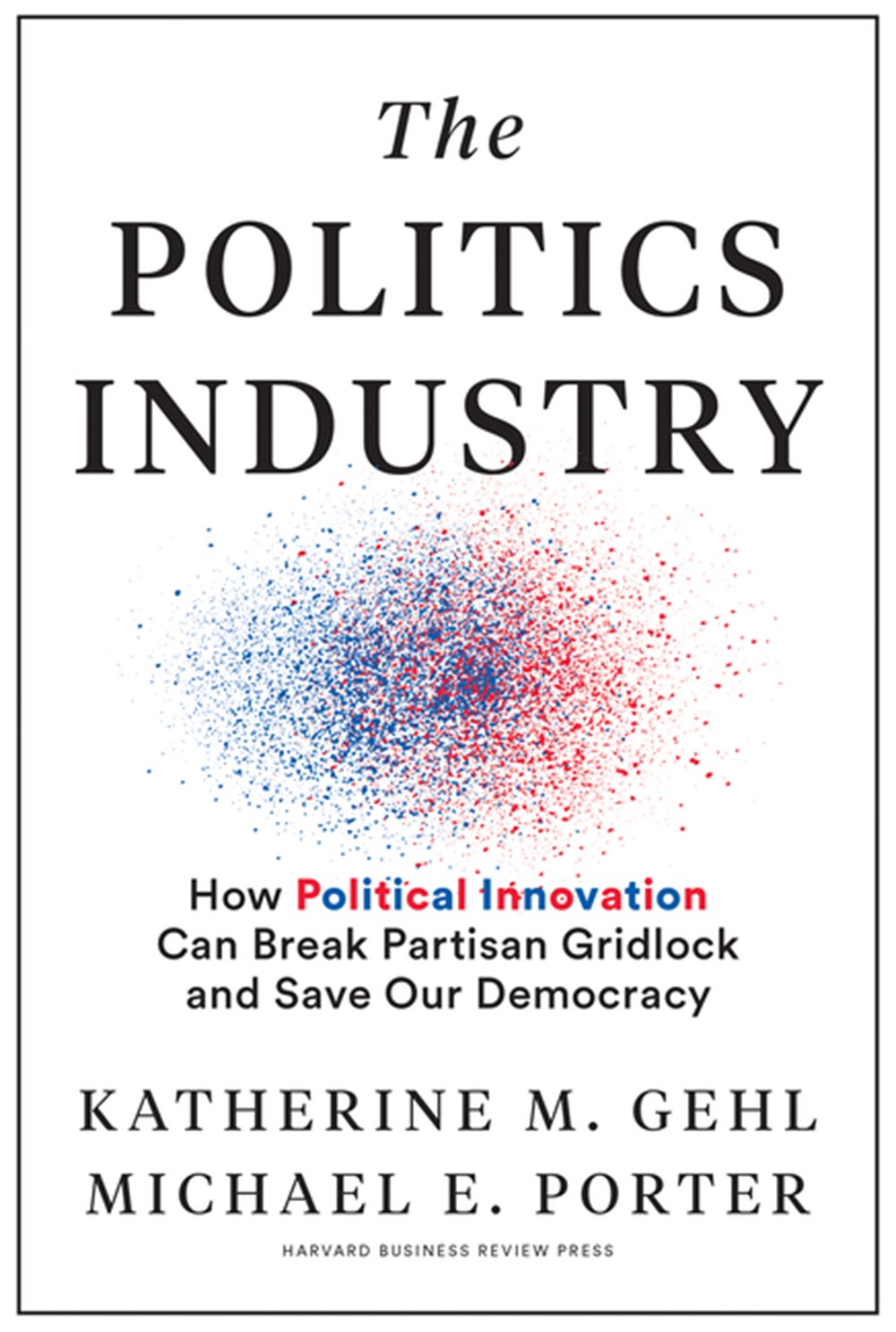 The Politics Industry: How Political Innovation Can Break Partisan Gridlock and Save Our Democracy

Behold, the political-industrial complex. Rampant lobbying and gerrymandering. Election spending rising exponentially with each cycle. The Democratic and Republican parties competing furiously against each other for advantage, while together--as a duopoly--having a lock on the entire industry.

And yet, who is this system for? Citizens, of course. Tragically, as the political system has transformed into an industry, it has also become totally dysfunctional, incapable of delivering solutions to America's key economic and social challenges. Would-be reformers debate endlessly about various ways to "fix the system," such as term limits or revised campaign finance laws, but few of these have been seriously proposed, let alone implemented.

In The Politics Industry, leading political innovation activist Katherine Gehl and world-renowned business strategist Michael Porter take a radically different approach. They ingeniously apply the tools of business analysis--and Porter's distinctive Five Forces framework--to show how the political system functions just as every other competitive industry does. Even more importantly, they argue that the political system can be changed, just as industries can be changed, by adopting a new and different strategy, a clear set of choices of things to do--and not do--in four key areas: the election process, the legislative "machinery," the role of money, and the opening up of competition. The authors focus only on those solutions that are powerful and capable of having a significant impact, as well as achievable within a short period.

The Politics Industry is an original and completely nonpartisan guide that will open any thinking citizen's eyes to the real dynamics and profound challenges of the American political system and provide powerful and practicable solutions for reshaping the system for the benefit of all.