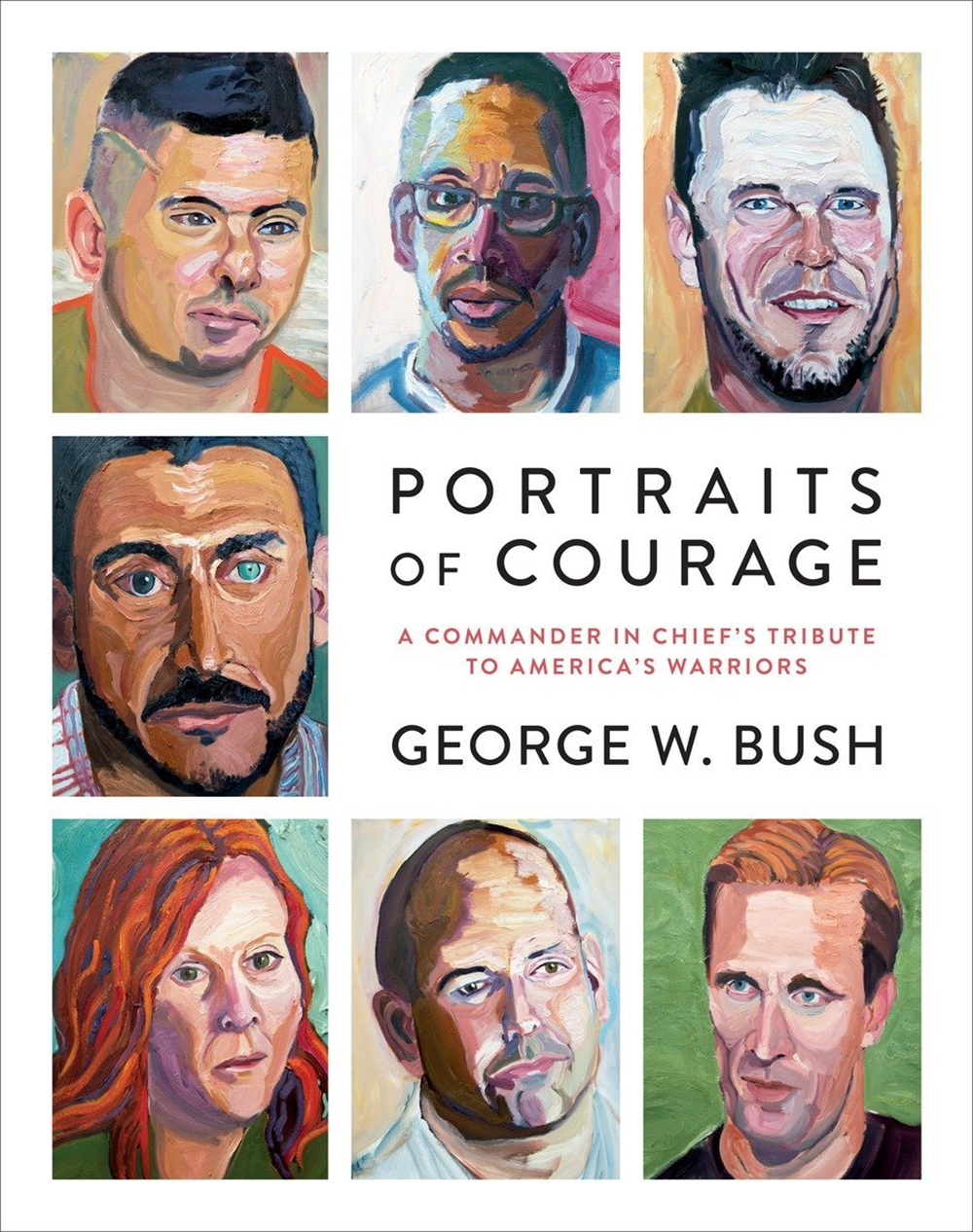 Portraits of Courage: A Commander in Chief's Tribute to America's Warriors

A vibrant collection of oil paintings and stories by President George W. Bush honoring the sacrifice and courage of America's military veterans. With Forewords by former First Lady Laura Bush and General Peter Pace, 16th Chairman of the Joint Chiefs of Staff.

Growing out of President Bush's own outreach and the ongoing work of the George W. Bush Institute's Military Service Initiative, Portraits of Courage brings together sixty-six full-color portraits and a four-panel mural painted by President Bush of members of the United States military who have served our nation with honor since 9/11--and whom he has come to know personally.

Our men and women in uniform have faced down enemies, liberated millions, and in doing so showed the true compassion of our nation. Often, they return home with injuries--both visible and invisible--that intensify the challenges of transitioning into civilian life. In addition to these burdens, research shows a civilian-military divide. Seventy-one percent of Americans say they have little understanding of the issues facing veterans, and veterans agree: eighty-four percent say that the public has "little awareness" of the issues facing them and their families.

Each painting in this meticulously produced hardcover volume is accompanied by the inspiring story of the veteran depicted, written by the President. Readers can see the faces of those who answered the nation's call and learn from their bravery on the battlefield, their journeys to recovery, and the continued leadership and contributions they are making as civilians. It is President Bush's desire that these stories of courage and resilience will honor our men and women in uniform, highlight their family and caregivers who bear the burden of their sacrifice, and help Americans understand how we can support our veterans and empower them to succeed.

President Bush will donate his net author proceeds from PORTRAITS OF COURAGE to the George W. Bush Presidential Center, a non-profit organization whose Military Service Initiative works to ensure that post-9/11 veterans and their families make successful transitions to civilian life with a focus on gaining meaningful employment and overcoming the invisible wounds of war.