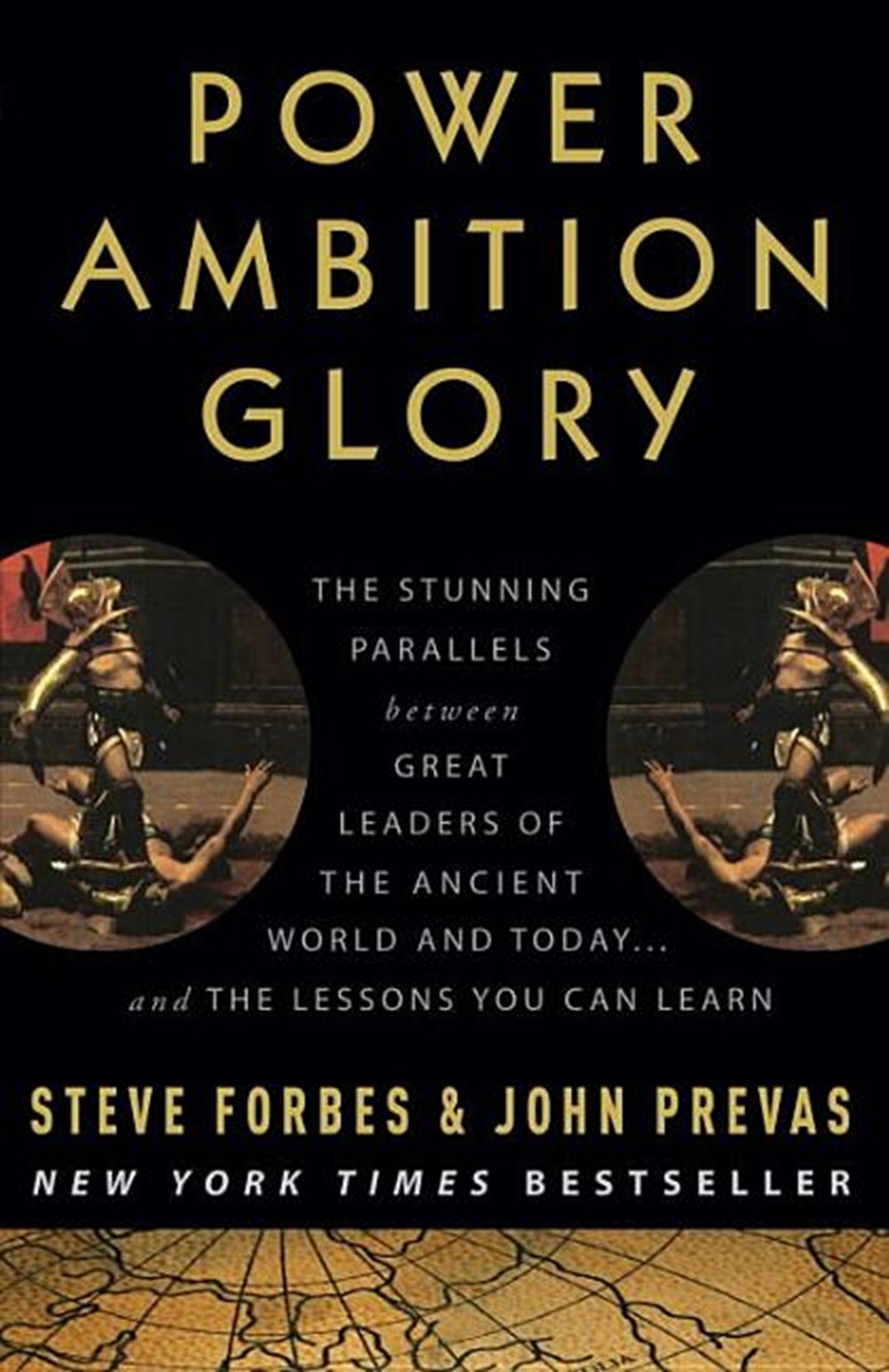 Power Ambition Glory: The Stunning Parallels Between Great Leaders of the Ancient World and Today... and the Lessons You Can Learn

Based on an extraordinary collaboration between Steve Forbes, chairman, CEO, and editor in chief of Forbes Media, and classics professor John Prevas, Power Ambition Glory provides intriguing comparisons between six great leaders of the ancient world and contemporary business leaders.

Based on an extraordinary collaboration between Steve Forbes, chairman, CEO, and editor in chief of Forbes Media, and classics professor John Prevas, Power Ambition Glory provides intriguing comparisons between six great leaders of the ancient world and contemporary business leaders. - Great leaders not only have vision but know how to build structures to effect it. Cyrus the Great did so in creating an empire based on tolerance and inclusion, an approach highly unusual for his or any age. Jack Welch and John Chambers built their business empires using a similar approach, and like Cyrus, they remain the exceptions rather than the rule.
- Great leaders know how to build consensus and motivate by doing what is right rather than what is in their self-interest. Xenophon put personal gain aside to lead his fellow Greeks out of a perilous situation in Persia-something very similar to what Lou Gerstner and Anne Mulcahy did in rescuing IBM and Xerox.
- Character matters in leadership. Alexander the Great had exceptional leadership skills that enabled him to conquer the eastern half of the ancient world, but he was ultimately destroyed by his inability to manage his phenomenal success. The corporate world is full of similar examples, such as the now incarcerated Dennis Kozlowski, who, flush with success at the head of his empire, was driven down the highway of self-destruction by an out-of-control ego.
- A great leader is one who challenges the conventional wisdom of the day and is able to think out of the box to pull off amazing feats. Hannibal did something no one in the ancient world thought possible; he crossed the Alps in winter to challenge Rome for control of the ancient world. That same innovative way of thinking enabled Serge Brin and Larry Page of Google to challenge and best two formidable competitors, Microsoft and Yahoo!
- A leader must have ambition to succeed, and Julius Caesar had plenty of it. He set Rome on the path to empire, but his success made him believe he was a living god and blinded him to the dangers that eventually did him in. The parallels with corporate leaders and Wall Street master-of-the-universe types are numerous, but none more salient than Hank Greenberg, who built the AIG insurance empire only to be struck down at the height of his success by the corporate daggers of his directors.
- And finally, leadership is about keeping a sane and modest perspective in the face of success and remaining focused on the fundamentals-the nuts and bolts of making an organization work day in and day out. Augustus saved Rome from dissolution after the assassination of Julius Caesar and ruled it for more than forty years, bringing the empire to the height of its power. What made him successful were personal humility, attention to the mundane details of building and maintaining an infrastructure, and the understanding of limits. Augustus set Rome on a course of prosperity and stability that lasted for centuries, just as Alfred Sloan, using many of the same approaches, built GM into the leviathan that until recently dominated the automotive business. From the Hardcover edition.