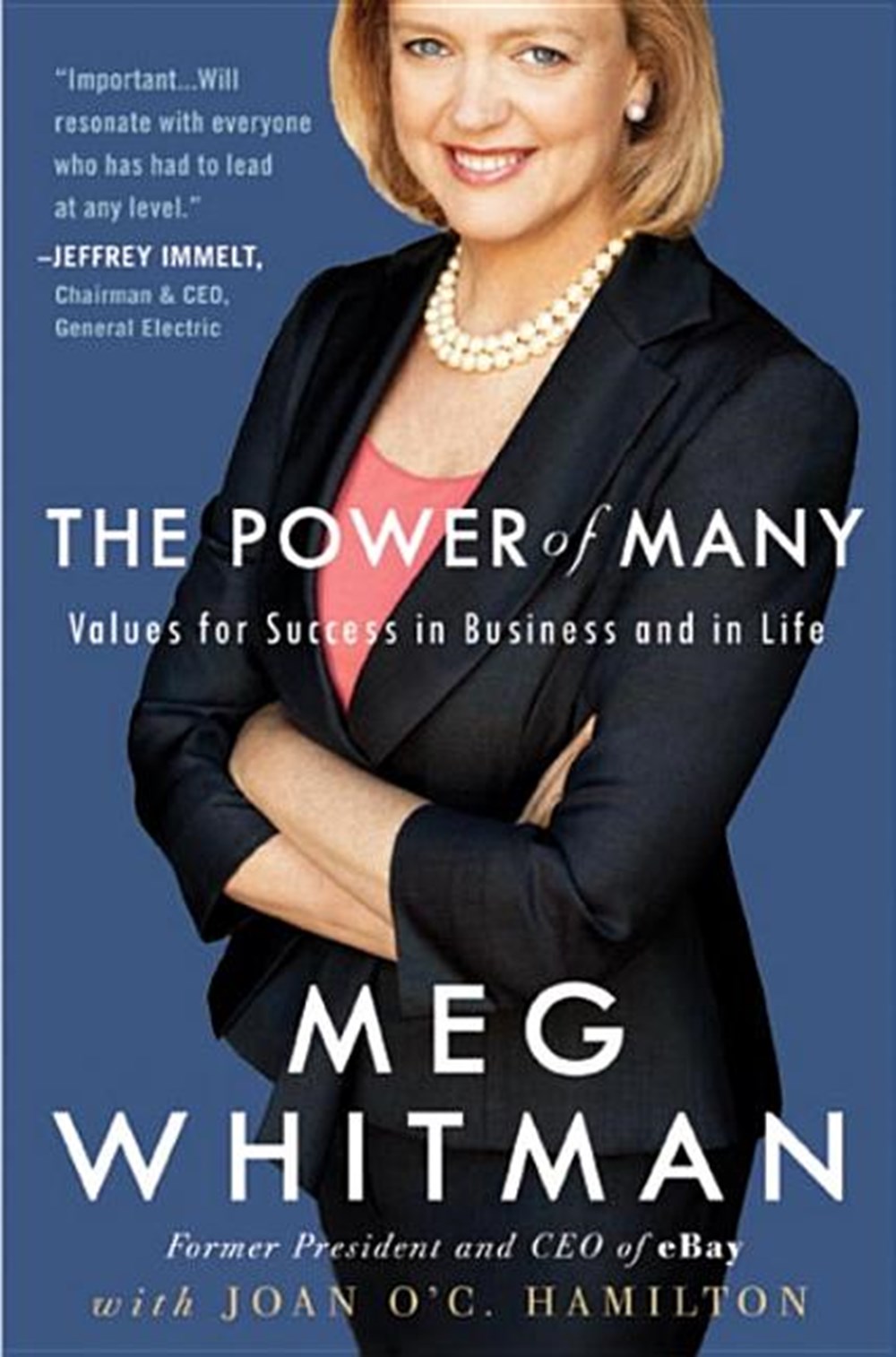 The Power of Many: Values for Success in Business and in Life

Seamlessly interweaving stories of her extraordinary career and her down-to-earth upbringing, the visionary former CEO of eBay identifies 10 core values--rooted in optimism and tested in the business world--that provide a commanding blueprint for success.

In the 2008 edition of our annual year-in-review, In the Books, I wrote an essay titled: "For Women Only? A Look at Trends in Business Books Written by Women. " It's a topic that always intrigues me. READ FULL DESCRIPTION

Is it possible to run a multibillion-dollar corporation on the power of trust? Must you set aside your authentic self as you climb the corporate ladder? Is there another role for technology beyond saving costs and creating efficiencies? In The Power of Many, Meg Whitman, former president and CEO of eBay, speaks to these questions and more, identifying ten core values that steered her--and can steer any leader--to success without ethical compromise. During her decade at the helm of eBay, Meg Whitman transformed it from a tiny start-up into a nearly $8 billion global powerhouse, revolutionizing the way goods are bought and sold online. Fortune magazine twice named her the Most Powerful Woman in Business. Now, with the vitality, candor, and often self-effacing humor that is her trademark, Meg lays out the ten core values that she credits not only with her strategic success but with many of the joys and satisfactions of her private life. Values such as trust, authenticity, courage, and validation are not naive, Meg shows us, and they are definitely not a luxury. Rather, they are essential tools for success that go hand in hand with traditional business practices--like holding oneself accountable or growing a company efficiently. She believes they are the foundation of strong management in the twenty-first century. Today, technology and the transparency it brings demand that organizations demonstrate a character that aligns with the values of their communities. Meg illustrates the origins of her values and the underpinnings of her approach with compelling stories from her extraordinary career and her down-to-earth upbringing--from the harrowing twenty-two-hour system outage that nearly sunk eBay to the indomitable spirit of her eighty-nine-year-old mother, who grew up in Boston society but worked as an airplane mechanic during World War II. It was her mother, Meg says, who gave her "a bias toward action." Here, too, are stories of finding her equilibrium during the time when she had young children, and in her marriage to a neurosurgeon with his own highly demanding career. Meanwhile, her experiences at some of America's best-known companies, including Disney, FTD, and Procter & Gamble, offer valuable case studies of what can go wrong and right, and how even mistakes can be transformed into opportunities. Meg Whitman shows us that achievement can and should be teamed with optimism, trust, and honesty. The Power of Many offers the insights and motivation we need to propel ourselves to the next level--to scale, as Meg would say--in business and in life.