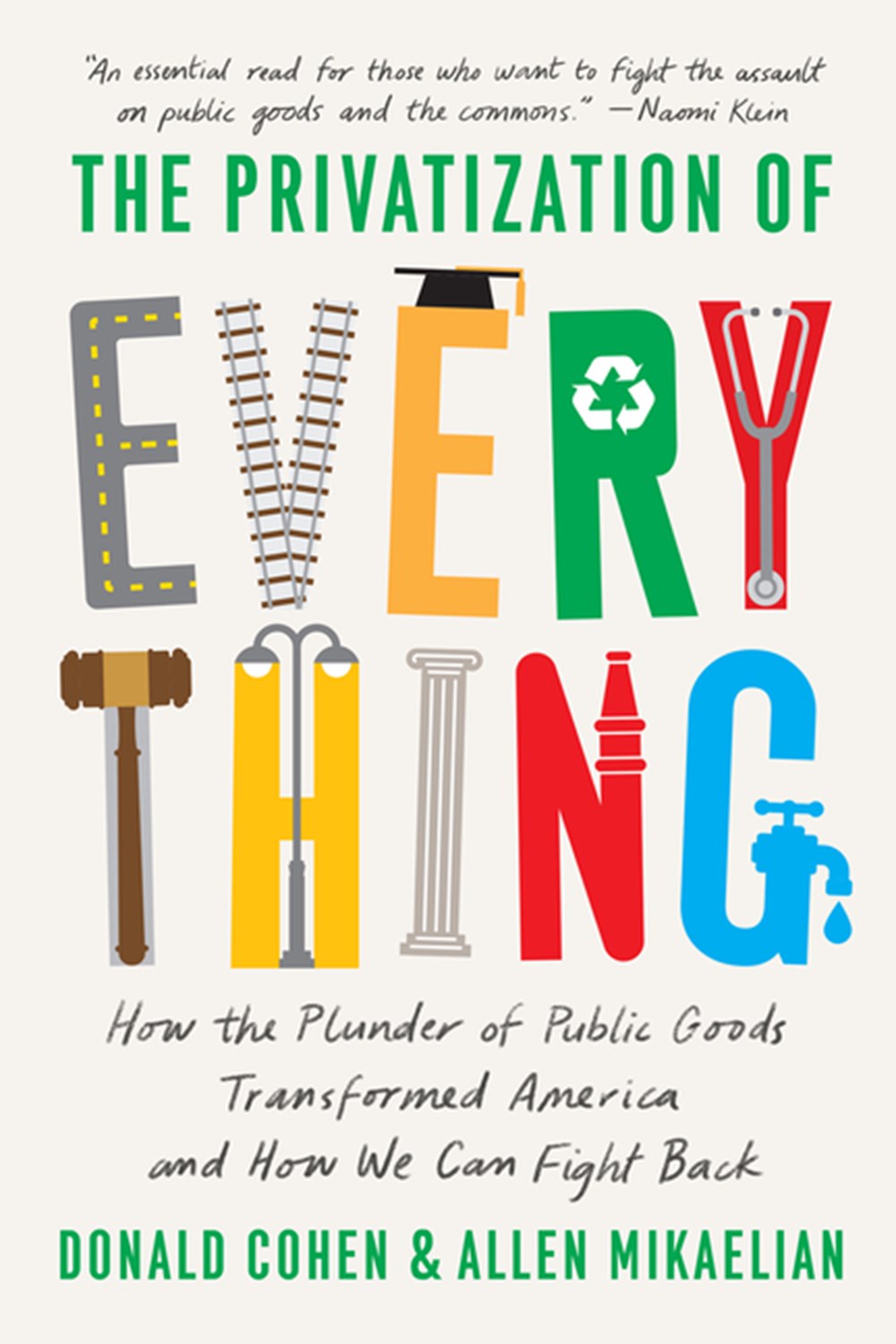 The Privatization of Everything: How the Plunder of Public Goods Transformed America and How We Can Fight Back

America's leading defender of the public interest and a bestselling historian show us how to prevent the private takeover of our cherished public resources "An essential read for those who want to fight the assault on public goods and the commons.

"An essential read for those who want to fight the assault on public goods and the commons." --Naomi Klein

As people reach for social justice and better lives, they create public goods--free education, public health, open parks, clean water, and many others--that must be kept out of the market. When private interests take over, they strip public goods of their power to lift people up, creating instead a tool to diminish democracy, further inequality, and separate us from each other.

The Privatization of Everything, by the founder of In the Public Interest, an organization dedicated to shared prosperity and the common good, chronicles the efforts to turn our public goods into private profit centers. Ever since Ronald Reagan labeled government a dangerous threat, privatization has touched every aspect of our lives, from water and trash collection to the justice system and the military.

However, citizens can, and are, wresting back what is ours. A Montana city took back its water infrastructure after finding that they could do it better and cheaper. Colorado towns fought back well-funded campaigns to preserve telecom monopolies and hamstring public broadband. A motivated lawyer fought all the way to the Supreme Court after the State of Georgia erected privatized paywalls around its legal code.

The Privatization of Everything connects the dots across a broad spectrum of issues and raises larger questions about who controls the public things we all rely on, exposing the hidden crisis of privatization that has been slowly unfolding over the last fifty years and giving us a road map for taking our country back.