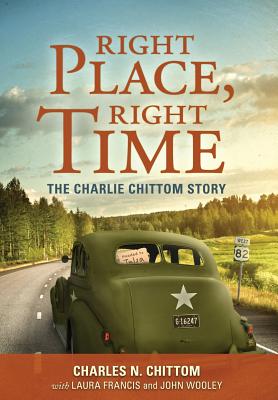 The autobiography of Charlie Chittom. A man with virtually nothing, on brink of getting married in the late 1940s finds himself wanting more out of life. Through determination and being at the right place, at the right time he goes on to build a very successful company.

In his decades as a major provider of heat exchangers and other equipment used in the worldwide petroleum industry, Charles N. Chittom has gone down 9,000 feet in a South African gold mine, narrowly missed a $240 million job with the Indonesian government, and invented an assembly for heat-exchange fans, which he also patented. In addition, he performed for many years as a member of Dixieland jazz band called the Rotary Rooters, playing engagements in Mexico, Canada, and the West Coast--among other places--and recording two albums. He attributes many of the accomplishments in his remarkable life to simply being in the right place at the right time.