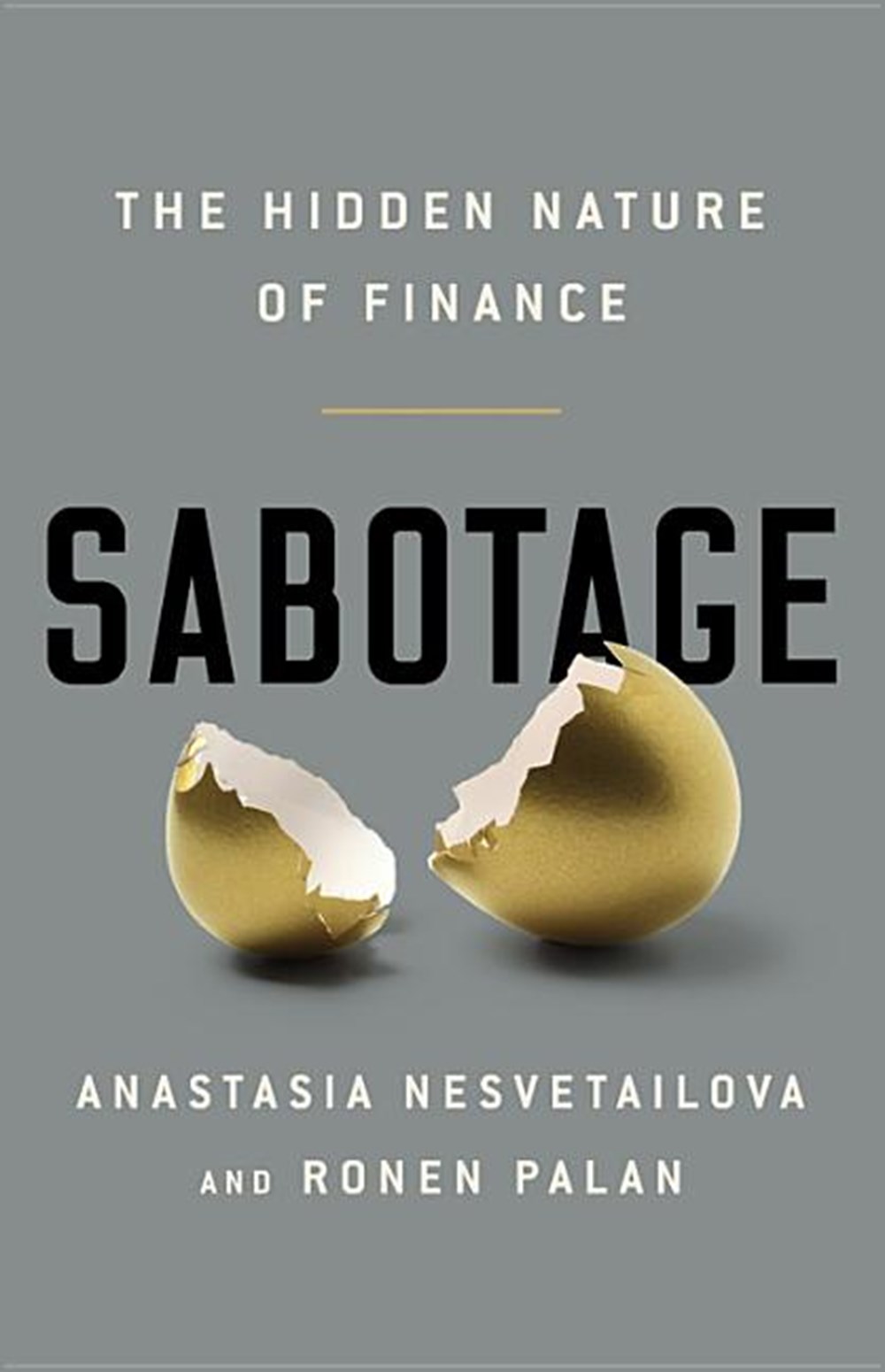 I don't like the word 'sabotage',"--a former Goldman Sachs trader admitted. "It's just harsh. . . . Though, frankly, how else do you make money in this business.

“The very idea of a ‘free’ market has become synonymous with an ‘unregulated’ market—one that is unaccountable to the wider public that must act as a lender of last resort when their financial machinations come to a grinding halt due to an engineering flaw of their own design.” READ FULL DESCRIPTION

Permanent Disequilibrium: Finance as an Industry of Sabotage

"It is quite difficult to make sense of finance today by relying on textbook approaches, wherever their intellectual or political affinities may lie. To understand the remarkable persistence and prevalence of rogue behaviour, we returned to the ideas of a school of thought, often ignored nowadays, known as the old institutional economics (OIE)." READ FULL DESCRIPTION

I don't like the word 'sabotage',"--a former Goldman Sachs trader admitted. "It's just harsh.... Though, frankly, how else do you make money in this business...I mean, real money." The fundamental motive for financial innovation is not to make the system work better, but to avoid regulation and oversight. This is not a bug of the financial system, but a built-in feature. The president of the US is not a tax avoider because he is an especially fraudulent financier; he's a tax avoider because he is a wealthy man in a system premised on such deceit. Finance is an industry of sabotage. This book is a brilliant, intellectual detective story that traces the origins of financial sabotage, starting with the work of a prescient American economist who saw the capacity for banks and businesses to dissemble and profit as early as the 1920s. What was accomplished modestly in the first half of the 20th century became a booming global industry in the 1980s. Financialization took over everything, culminating in instruments so complex and confusing their own creators were being destroyed by them in 2008. With each financial bust, people expect to hear who the culprit was, and cynically know to not expect much punishment to ever reach them. But the innovation of this book is to show that each individual gaming the system isn't a crook---the whole system is sabotage.