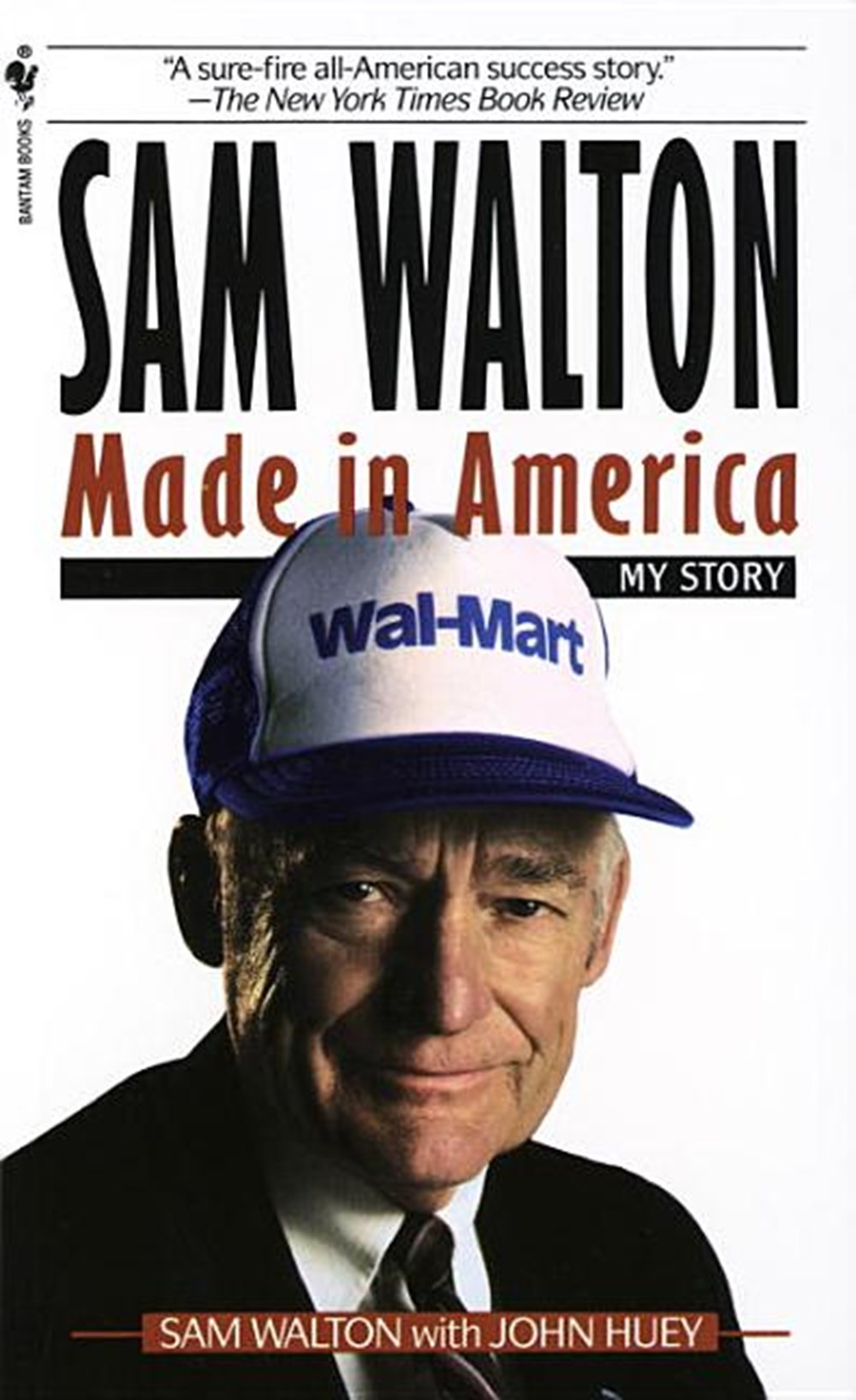 Sam Walton, Made in America: My Story

The national bestseller that tells the fascinating life story and unique business philosophy of billionaire Sam Walton, founder of Wal-Mart. Meet a genuine American folk hero cut from the homespun cloth of America's heartland, who parlayed a single dime-store in a hardscrabble cotton town into the largest retailer in the world. Photographs.

We've all been to Wal-Mart. Even if you're not a big fan of the business itself, the story of it's founder, Sam Walton, is an inspirational one. It's the story of a good old boy from Arkansas, a formerly distinguished eagle scout and star athlete with a single five-an-dime store, building the largest company the world has ever seen. READ FULL DESCRIPTION

"Wise and inspiring autobiography... Walton tells his quietly fantastic story with conviction and makes no bones about his mistakes." -- "San Francisco Chronicle." It's a story about entrepreneur, and risk, and hard work, and knowing where you want to go and being willing to do what it takes to get there. And it's a story about believing in your idea even when maybe some other folks don't, and about sticking to your guns. Sam Walton. Meet a genuine American folk hero cut from the homespun cloth of America's heartland: Sam Walton, who turned a single dime store in a hardscrabble cotton town into Wal-Mart, the largest retailer in the world. The undisputed merchant king of the late twentieth century, Sam never lost the common touch. Here, finally, Sam Walton tells his extraordinary story in his won inimitable words. Genuinely modest, but always sure of his ambitious and achievements, Sam shares his thinking in a candid, straight-from-the-shoulder style. In a story rich with anecdotes and the "rules of the road" of both Main Street and Wall Street, Sam Walton chronicles the inspiration, heart, and optimism that propelled him to lasso the American Dream. "Here is an extraordinary success story about a man whose empire was built not with smoke and mirrors, but with good old-fashioned elbow grease." -- "Detroit Free Press.