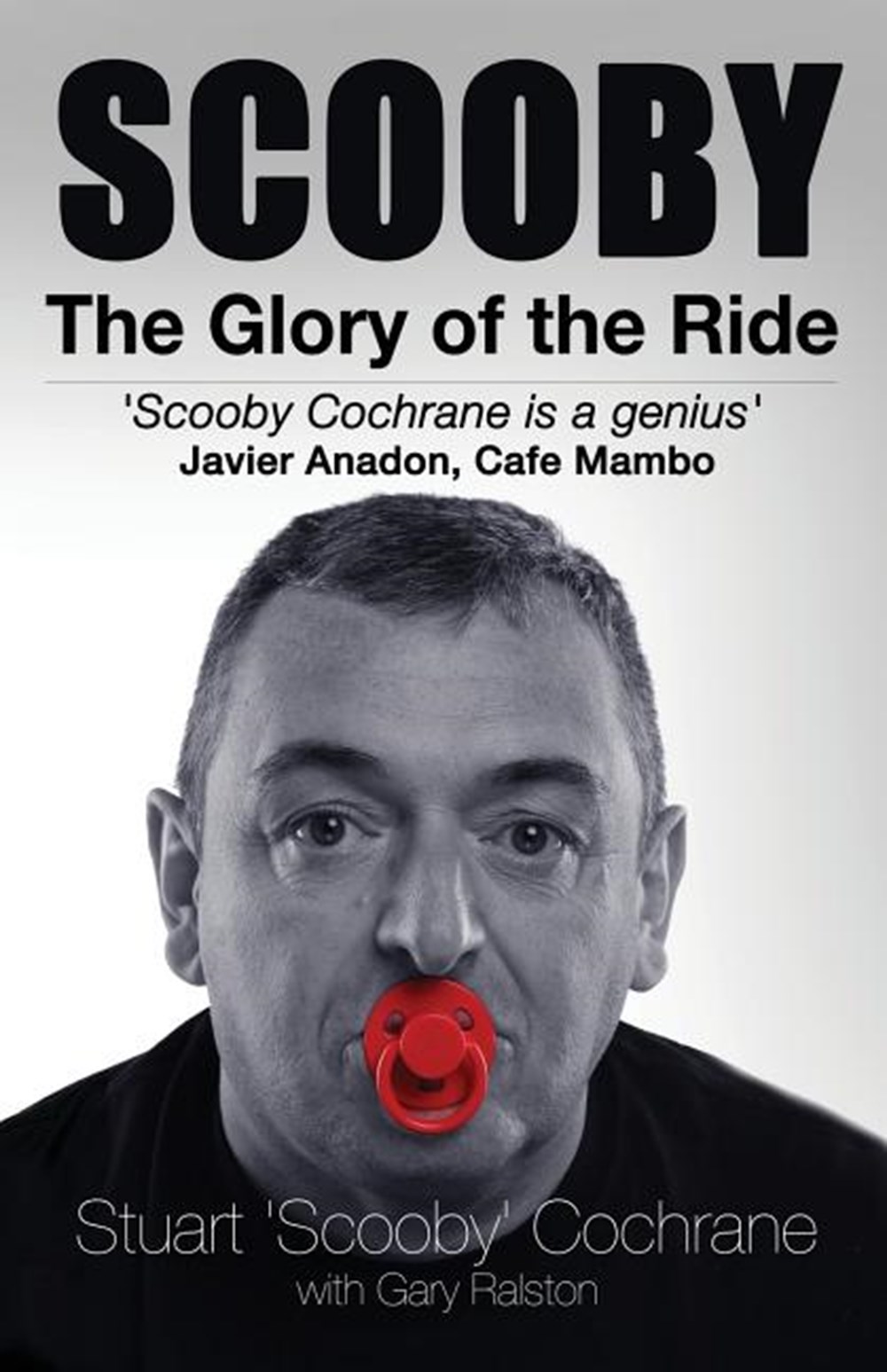 Scooby: The Glory of the Ride

Stuart 'Scooby' Cochrane is a pioneer who helped take music, clubs and rave culture to a new level only to plummet into the mental abyss from a hedonistic high wire of cocaine abuse and a crippling hash addiction.

Stuart 'Scooby' Cochrane is a pioneer who helped take music, clubs and rave culture to a new level only to plummet into the mental abyss from a hedonistic high wire of cocaine abuse and a crippling hash addiction. With close friends Javier and Caroline Anadon he came up with the concept and helped establish the fabled Cafe Mambo in Ibiza, took Rozalla's 'Everybody's Free' into the top 10 in the dance charts and fought a legal battle to be declared the true mastermind behind Dario G's worldwide smash 'Sunchyme'.

In September 1993 the DJ and music producer arrived for a round of golf at Gleneagles wearing Hawaiian shorts and baseball boots and carrying only two clubs. Later that day, after being chased from the course, he was sectioned, the first of 23 psychiatric admissions totalling 1,286 days over 16 years as his drugs laden world unravelled in spectacular fashion. A ruthless industry had eaten him up and spat him out, contributing towards the loss of his sanity, but never quite stealing his soul.

Scooby ran a string of successful nightclubs and was headhunted to manage the famed Tunnel in Glasgow soon after its opening in 1989. He was also at the forefront of the rave movement in Scotland, transforming 'Love' at the Plaza into one of the country's premier dance venues before being run out of town by gangsters who wanted the whole ecstasy-laced pie for themselves.

He lost everything in the financial collapse of banking giant BCCI but clean and clear headed since 2009 he has turned his life around, managing his mental health with the help of Buddhism and a simpler life in Stirling. Here, he shares the thrills and spills of life in the pharmaceutically enhanced fast lane. Scooby's love letter to the world is as humorous as it is harrowing, but it's an ultimate survivor's song - and this time, he's holding onto the copyright.