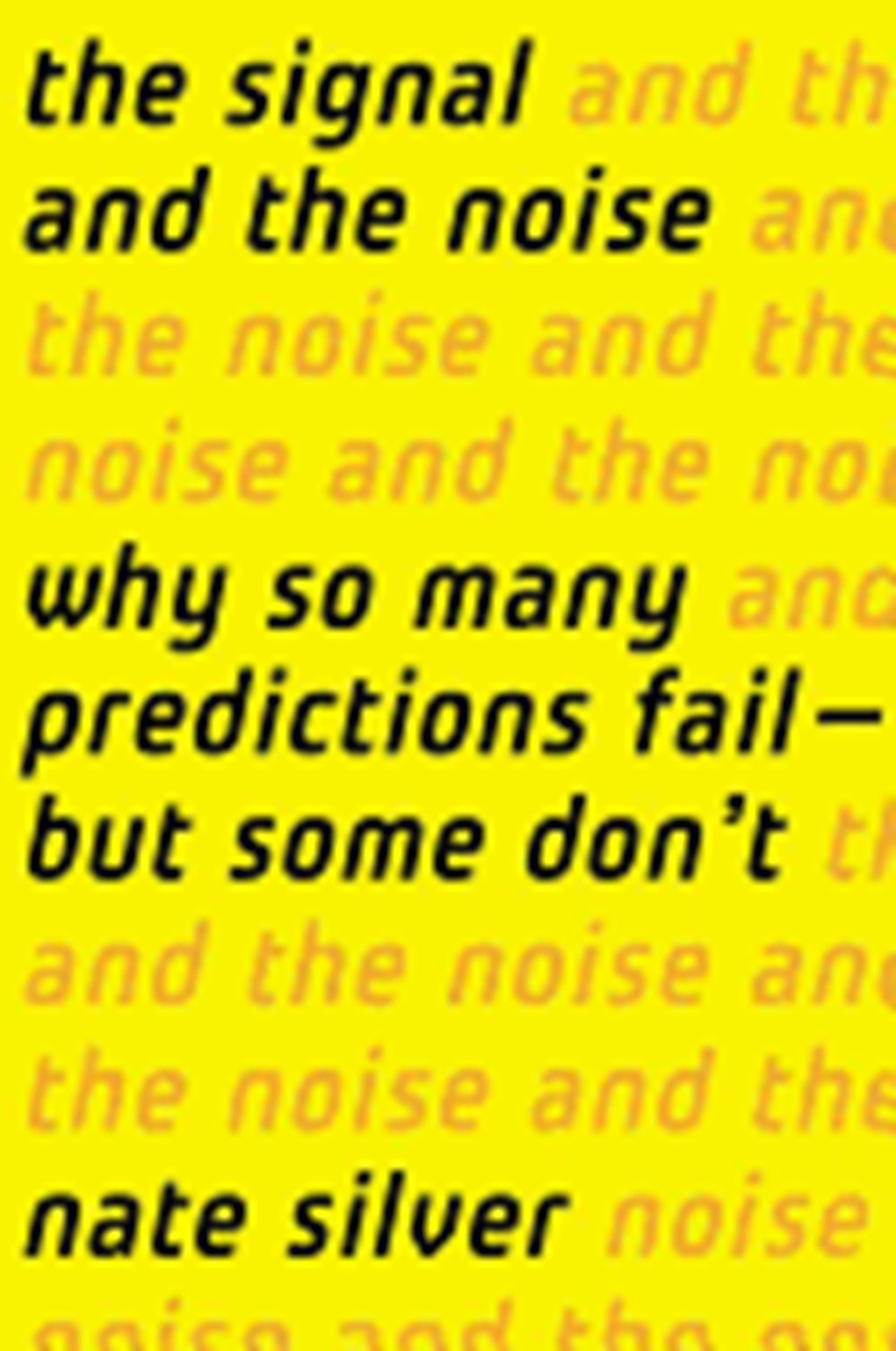 Signal and the Noise: Why So Many Predictions Fail-But Some Don't

Silver built an innovative system for predicting baseball performance, predicted the 2008 election within a hair's breadth, and became a national sensation as a blogger. Drawing on his own groundbreaking work, Silver examines the world of prediction.

Our business book bestsellers for the month of August, 2015 READ FULL DESCRIPTION

Antifragile: Things That Gain From Disorder

This morning I perused the Amazon Top 100 for 2012. A few of our favorite books that made the top 20: Nate Silver's The Signal and the Noise; Charles Duhigg's The Power of Habit (our JCS review here); and Susan Cain's Quiet (our take here. ) Rounding out the top 40 is a book that's been sitting on my desk for awhile, daring me to crack it open: Nassim Nicolas Taleb's Antifragile: Things That Gain From Disorder. READ FULL DESCRIPTION

"Nate Silver'sThe Signal and the Noiseis The Soul of a New Machine for the 21st century." Rachel Maddow, author ofDrift
Nate Silver built an innovative system for predicting baseball performance, predicted the 2008 election within a hair s breadth, and became a national sensation as a blogger all by the time he was thirty. He solidified his standing as the nation's foremost political forecaster with his near perfect prediction of the 2012 election.Silver is the founder and editor in chief of FiveThirtyEight.com.
Drawing on his own groundbreaking work, Silver examines the world of prediction, investigating how we can distinguish a true signal from a universe of noisy data. Most predictions fail, often at great cost to society, because most of us have a poor understanding of probability and uncertainty. Both experts and laypeople mistake more confident predictions for more accurate ones. But overconfidence is often the reason for failure. If our appreciation of uncertainty improves, our predictions can get better too. This is the prediction paradox: The more humility we have about our ability to make predictions, the more successful we can be in planning for the future.
In keeping with his own aim to seek truth from data, Silver visits the most successful forecasters in a range of areas, from hurricanes to baseball, from the poker table to the stock market, from Capitol Hill to the NBA. He explains and evaluates how these forecasters think and what bonds they share. What lies behind their success? Are they good or just lucky? What patterns have they unraveled? And are their forecasts really right? He explores unanticipated commonalities and exposes unexpected juxtapositions. And sometimes, it is not so much how good a prediction is in an absolute sense that matters but how good it is relative to the competition. In other cases, prediction is still a very rudimentary and dangerous science.
Silver observes that the most accurate forecasters tend to have a superior command of probability, and they tend to be both humble and hardworking. They distinguish the predictable from the unpredictable, and they notice a thousand little details that lead them closer to the truth. Because of their appreciation of probability, they can distinguish the signal from the noise.
With everything from the health of the global economy to our ability to fight terrorism dependent on the quality of our predictions, Nate Silver s insights are an essential read."