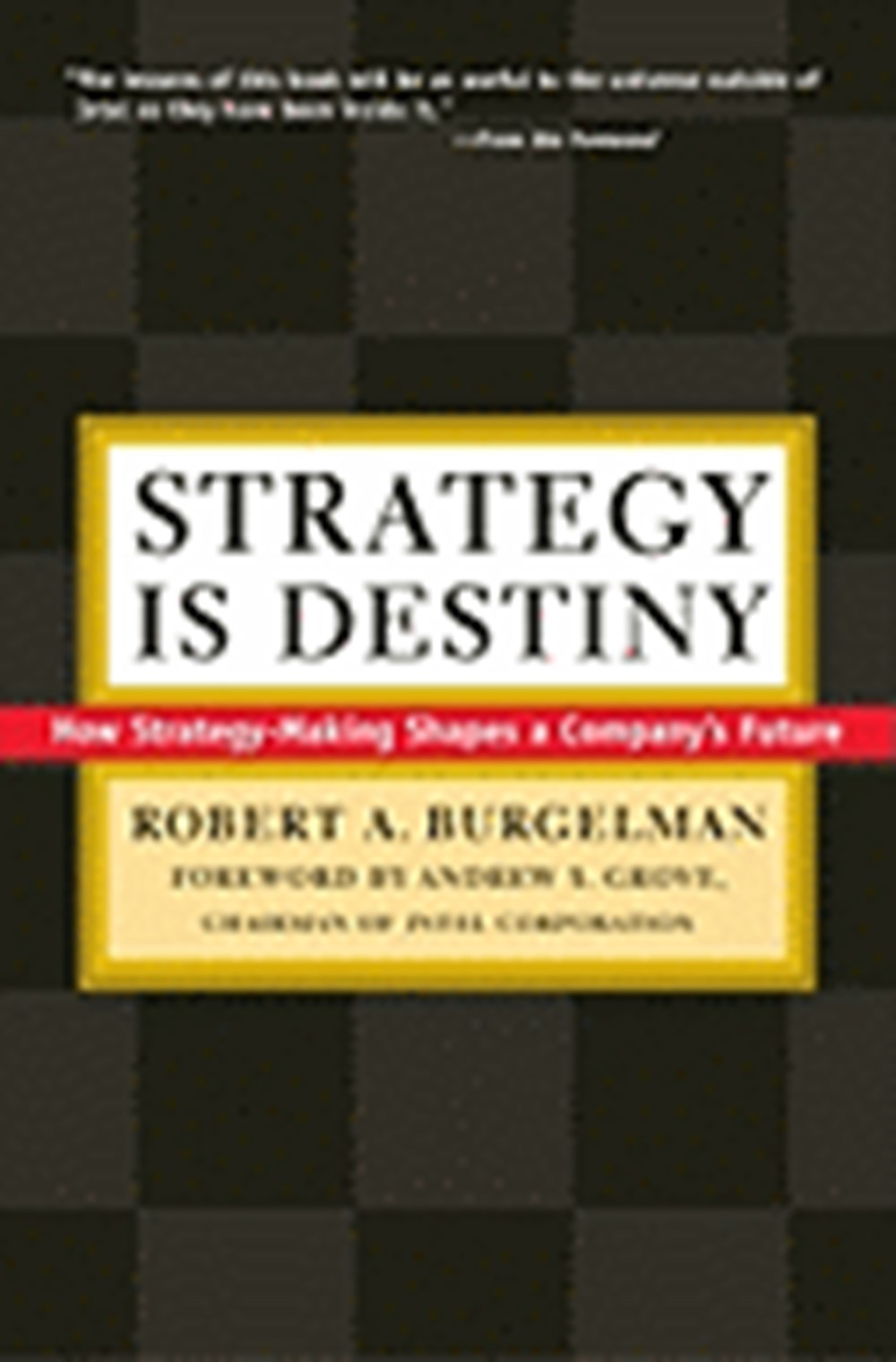 Strategy Is Destiny: How Strategy-Making Shapes a Company's Future

How did a pioneering company in the semiconductor industry not only survive but thrive in the face of the explosive change and upheavals that forced it to transform itself twice in the course of its thirty-year history? The answer lies in the quality of its strategy-making process, contends leading strategic management scholar Robert A. Burgelman in this extraordinary book based on an exhaustive twelve-year study he conducted inside Intel Corporation.
Granted the opportunity to track Intel's strategy-making through his close teaching collaboration with its chairman, Andy Grove, at Stanford Business School since 1988, Burgelman has written a definitive and far-reaching account of how highly educated top managers groped their way through strategic conundrums. His account of the evolution of key events in Intel's history is illustrated with extensive quotes from its cofounder Gordon Moore, Andy Grove, current CEO Craig Barrett, and dozens of other Intel executives. His study allows these leaders to speak for themselves in scores of highly rendered executive portraits.
Using thoroughly tested conceptual tools, Burgelman first documents the key role played by mid-level managers in transforming Intel from a memory company into a microprocessor company during the late 1970s and early 1980s, which led to the heartbreaking decision to abandon the business on which the company had been founded in 1968. He then makes readers eyewitnesses to the complex set of complementary strategic thrusts orchestrated by Andy Grove to make Intel capi- talize on the extraordinary opportunities associated with the phenomenal growth of the PC industry during the late 1980s and the 1990s. He reconstructs Grove's resolution of the struggle between two competing micro- processor architectures within Intel that caused civil war to erupt, and he shows how Intel's superbly run strategy-making process in the core business, paradoxically, made it difficult for internal entrepreneurs to extend the company's strategic reach. This allows him to link the strategic leadership challenges, faced today by Craig Barrett, to Intel's illustrious past and to provide suggestions for how these challenges can be met.
At once a history of strategy-making at Intel as well as a strategy-making field manual that any high-technology manager will need to consult frequently, "Strategy Is Destiny" truly describes strategy-in-action as the way of life of senior executives in the corporation of the future.