"Gary Vaynerchuk has seen the future of marketing. The Thank You Economy shows how it's built on both the time-honored techniques of listening to and appreciating customers and newer services like Twitter that allow you to engage directly with customers at unprecedented scale and speed.

Gary Vaynerchuk, author of the bestselling books Crush It! and The Thank You Economy, as well as a successful entrepreneur in the wine and media industries, and Joe Sorge, partner with Chris Brogan at Kitchen Table Companies and owner of a Milwaukee restaurant group that utilizes social media to build business (he and his restaurant, AJ Bombers, are profiled in Gary's book, The Thank You Economy), stopped by the 800-CEO-READ offices and talked about how companies can innovate with technology and marketing, and where the focus should be when using social media. READ FULL DESCRIPTION

We've talked about Gary Vaynerchuk's new book The Thank You Economy, and are very excited to see him coming to Milwaukee to talk directly about some of the ideas in his book. And what exactly are those ideas? Renowned entrepreneur Gary Vaynerchuk reveals how companies big and small can scale that kind of personal, one-on-one attention to their entire customer base, no matter how large, using the same social media platforms that carry consumer word-of-mouth. READ FULL DESCRIPTION

Gary Vaynerchuk's first book, Crush It made a big impact in helping people understand and harness the power of social media. Now, he's taken the idea to a higher level with The Thank You Economy. Where Crush It helped individuals turn their passion into a business, The Thank You Economy helps companies make their business relevant, and see growth beyond what they've previously been capable of. READ FULL DESCRIPTION

The Thank You Economy by Gary Vaynerchuk, Harper Business, 240 pages, $24. 99, Hardcover, March 2011, ISBN 9780061914188 Gary Vaynerchuk might seem like a rare breed: his energy radiates through the screen when you watch his videos or read his posts. However, he would likely argue that he isn’t at all rare. READ FULL DESCRIPTION

There's a certain urgency to the new book by Mitch Joel, Ctrl Alt Delete: Reboot Your Business. Reboot Your Life. Your Future Depends On It. READ FULL DESCRIPTION

"Gary Vaynerchuk has seen the future of marketing. The Thank You Economy shows how it's built on both the time-honored techniques of listening to and appreciating customers and newer services like Twitter that allow you to engage directly with customers at unprecedented scale and speed. The book, like Gary, is also a lot of fun and full of passion." --Dick Costolo, chief executive officer, Twitter

Gary Vaynerchuk, the New York Times bestselling author and creator of Wine Library TV, is back with a bold and expansive look at the evolution of today's marketplace, revealing the essential factors defining and driving successful relationships between businesses and consumers. In this groundbreaking follow-up to the bestselling Crush It , Vaynerchuk--one of Bloomberg Businessweek's "20 People Every Entrepreneur Should Follow"--looks beyond a numbers-based analysis to explore the value of social interactions in building our economy. 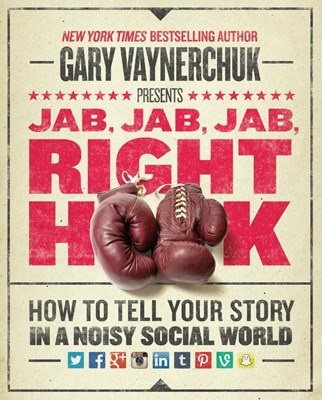 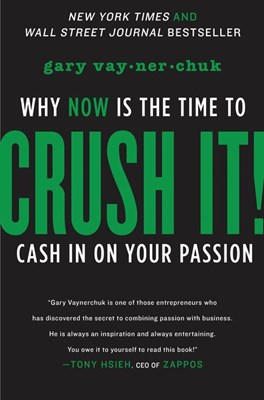 Crush It!: Why Now Is the Time to Cash in on Your Passion

#askgaryvee: One Entrepreneur's Take on Leadership, Social Media, and Self-Awareness 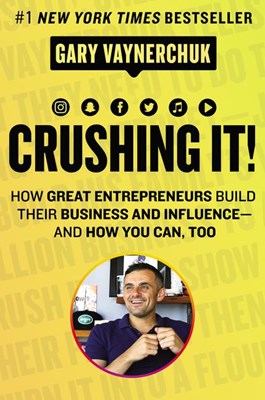 Crushing It!: How Great Entrepreneurs Build Their Business and Influence-And How You Can, Too 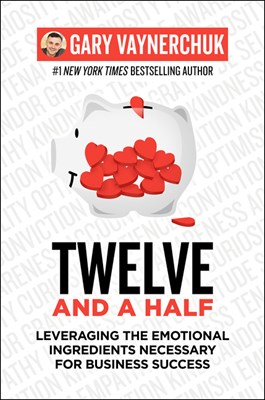 Twelve and a Half: Leveraging the Emotional Ingredients Necessary for Business Success