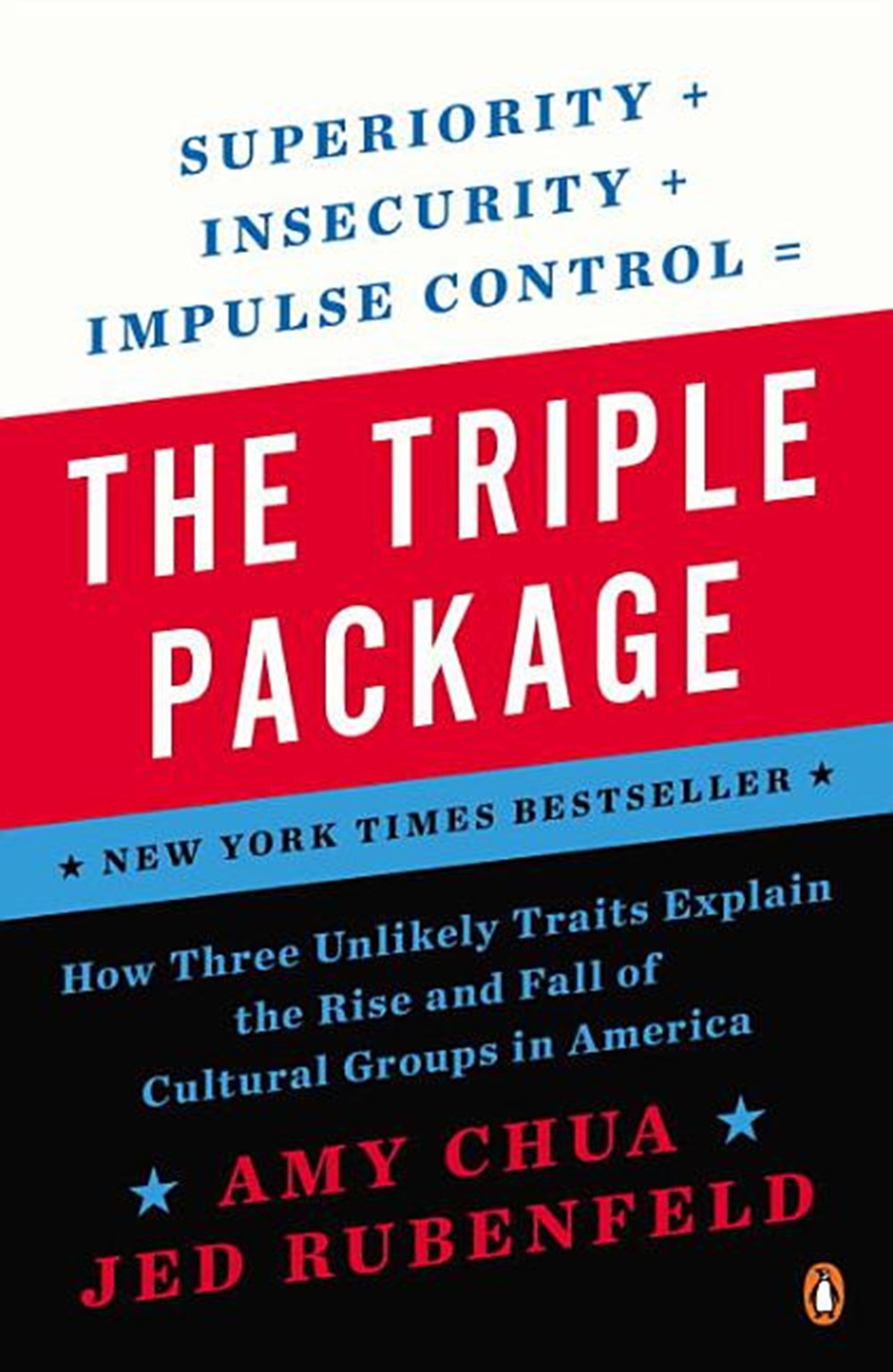 Triple Package: How Three Unlikely Traits Explain the Rise and Fall of Cultural Groups in America

"That certain groups do much better in America than others--as measured by income, occupational status, test scores, and so on--is difficult to talk about. In large part this is because the topic feels racially charged.

"That certain groups do much better in America than others--as measured by income, occupational status, test scores, and so on--is difficult to talk about. In large part this is because the topic feels racially charged. The irony is that the facts actually debunk racial stereotypes. There are black and Hispanic subgroups in the United States far outperforming many white and Asian subgroups. Moreover, there's a demonstrable arc to group success--in immigrant groups, it typically dissipates by the third generation--puncturing the notion of innate group differences and undermining the whole concept of 'model minorities.'"

Mormons have recently risen to astonishing business success. Cubans in Miami climbed from poverty to prosperity in a generation. Nigerians earn doctorates at stunningly high rates. Indian and Chinese Americans have much higher incomes than other Americans; Jews may have the highest of all. Why do some groups rise? Drawing on groundbreaking original research and startling statistics, The Triple Package uncovers the secret to their success. A superiority complex, insecurity, impulse control--these are the elements of the Triple Package, the rare and potent cultural constellation that drives disproportionate group success. The Triple Package is open to anyone. America itself was once a Triple Package culture. It's been losing that edge for a long time now. Even as headlines proclaim the death of upward mobility in America, the truth is that the old-fashioned American Dream is very much alive--but some groups have a cultural edge, which enables them to take advantage of opportunity far more than others.


- Americans are taught that everyone is equal, that no group is superior to another. But remarkably, all of America's most successful groups believe (even if they don't say so aloud) that they're exceptional, chosen, superior in some way.

- Americans are taught that self-esteem--feeling good about yourself--is the key to a successful life. But in all of America's most successful groups, people tend to feel insecure, inadequate, that they have to prove themselves.

- America today spreads a message of immediate gratification, living for the moment. But all of America's most successful groups cultivate heightened discipline and impulse control.

But the Triple Package has a dark underside too. Each of its elements carries distinctive pathologies; when taken to an extreme, they can have truly toxic effects. Should people strive for the Triple Package? Should America? Ultimately, the authors conclude that the Triple Package is a ladder that should be climbed and then kicked away, drawing on its power but breaking free from its constraints. Provocative and profound, The Triple Package will transform the way we think about success and achievement.