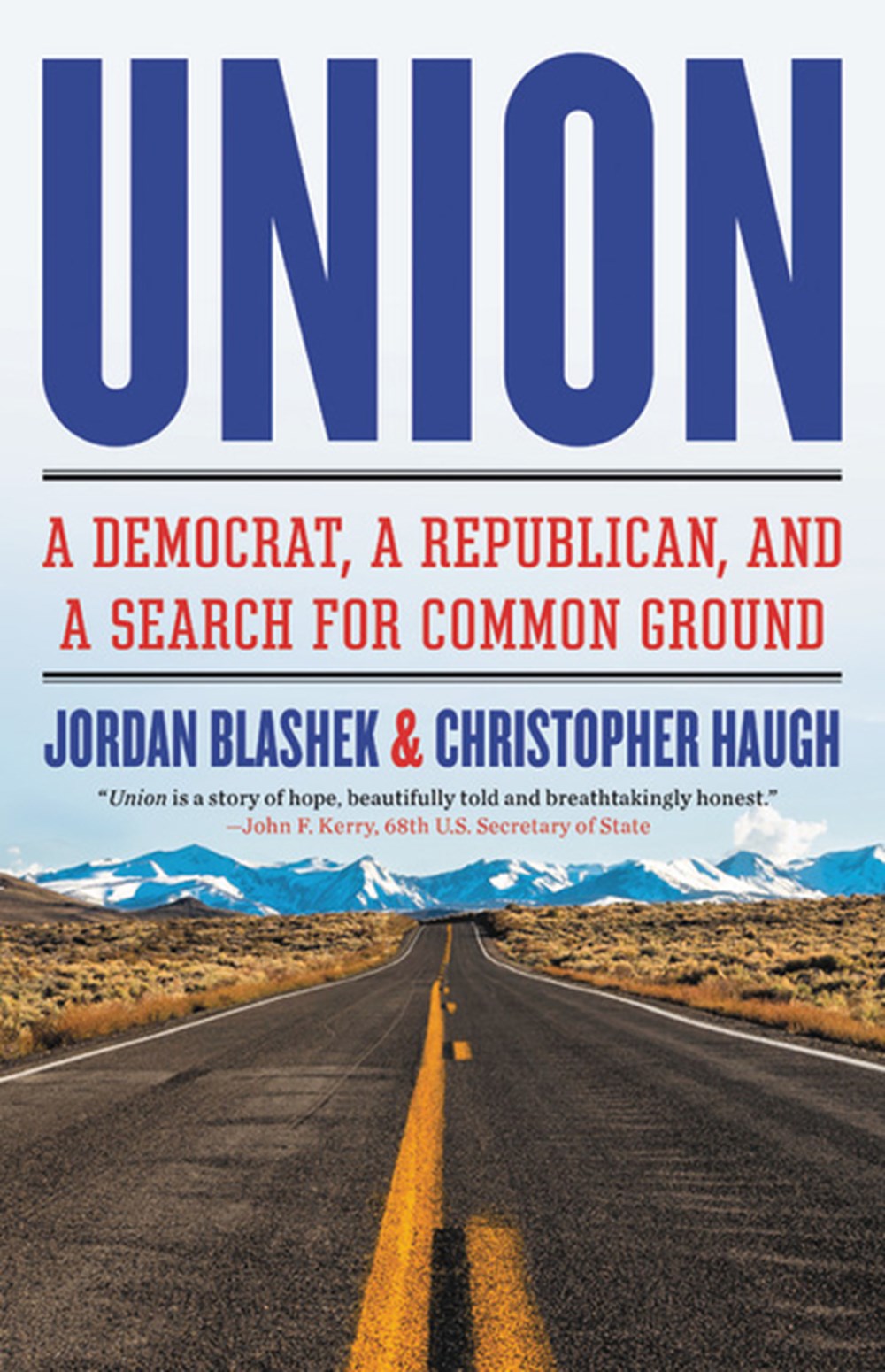 Union: A Democrat, a Republican, and a Search for Common Ground

Two friends -- a Democrat and a Republican -- travel across America "on a deeply personal journey through the heart of a divided nation. . . to find growth, hope and fundamental strength in their own lives" (Bob Woodward) and the country they love, in good times and bad.

Two friends -- a Democrat and a Republican -- travel across America "on a deeply personal journey through the heart of a divided nation...to find growth, hope and fundamental strength in their own lives" (Bob Woodward) and the country they love, in good times and bad. In the year before Donald Trump was elected president, Jordan Blashek, a Republican Marine, and Chris Haugh, a Democrat and son of a single mother from Berkeley, CA, formed an unlikely friendship. Jordan was fresh off his service in the Marines and feeling a bit out of place at Yale Law School. Chris was yearning for a sense of mission after leaving Washington D.C.
Over the months, Jordan and Chris's friendship blossomed not in spite of, but because of, their political differences. So they decided to hit the road in search of reasons to strengthen their bond in an era of strife and partisanship. What follows is a three-year adventure story, across forty-four states and along 20,000 miles of road to find out exactly where the American experiment stands at the close of the second decade of the twenty-first century.
In their search, Jordan and Chris go from the tear gas-soaked streets of a Trump rally in Phoenix, Arizona to the Mexican highways running between Tijuana and Juarez. They witness the full scope of American life, from lobster trawlers and jazz clubs of Portland and New Orleans to the streets of Tulsa, Oklahoma and the prisons of Detroit, where former addicts and inmates painstakingly put their lives back together.
Union is a road narrative, a civics lesson, and an unforgettable window into one epic friendship. We ride along with Jordan and Chris for the whole journey, listening in on front-seat arguments and their conversations with Americans from coast to coast. We also peer outside the car to understand America's hot-button topics, including immigration, mass incarceration, and the military-civilian divide.
And by the time Jordan and Chris kill the engine for the last time, they answer one of the most pressing questions of our time: How far apart are we really?