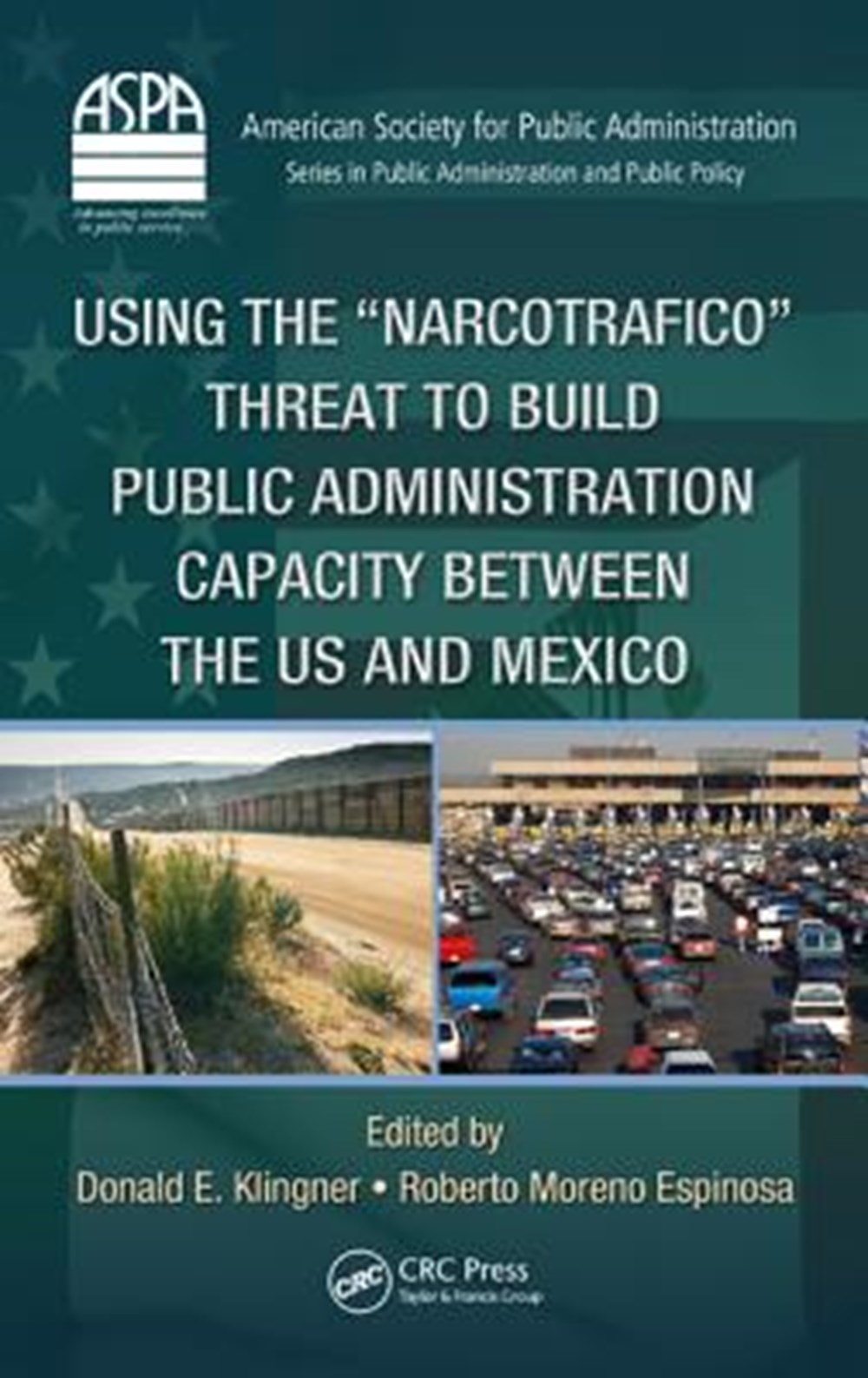 The current drug trafficking crisis between the US and Mexico is a "perfect storm" that has caused deaths, disappearances, and widespread fear of violence and insecurity in the border area between these two countries.

The current drug trafficking crisis between the US and Mexico is a "perfect storm" that has caused deaths, disappearances, and widespread fear of violence and insecurity in the border area between these two countries. Current US drug control policies with Mexico are based on a militarized system of border control and characterized by domestic gridlock over drug control and immigration reform. However, because drug trafficking and other underlying issues have both domestic and international consequences, they cannot be resolved unless both countries work together. Using the "Narcotrafico" Threat to Build Public Administration Capacity between the US and Mexico explores how they can do exactly that.

Co-edited by two public administration scholars from Mexico and the US and comprising chapters by 18 other experts from Mexico, Canada, and the US, the book demonstrates how the current situation of drug trafficking and violence, on top of the other existing perceptions and conditions, creates a real opportunity for the US to build relationships with its Mexican counterparts at state, local, national, and NGO levels. With chapters written by leading experts working in a broad spectrum of international and domestic US-Mexico policy issues, the book covers immigration, drug flow and conflict, gun-running, money laundering, education and economic and community development in both countries..

Only by supporting bi-national drug policies based on mutual understanding of the border as something that both separates and unites the US and Mexico will it be possible to develop cooperative policies that can lead from militarization to regularization of the US-Mexico border. Twenty years after the signing of NAFTA (North American Free Trade Agreement) in 1994, it is time to recognize the link between effective drug control policies and the emergence of North America as a regional economic, social, and political powerhouse capable of successfully competing with the European Union, China, and other emerging regions in our increasingly globalized world, this book offers concrete, long-term solutions for building cooperative and shared public administrative capacity on both sides of the border.