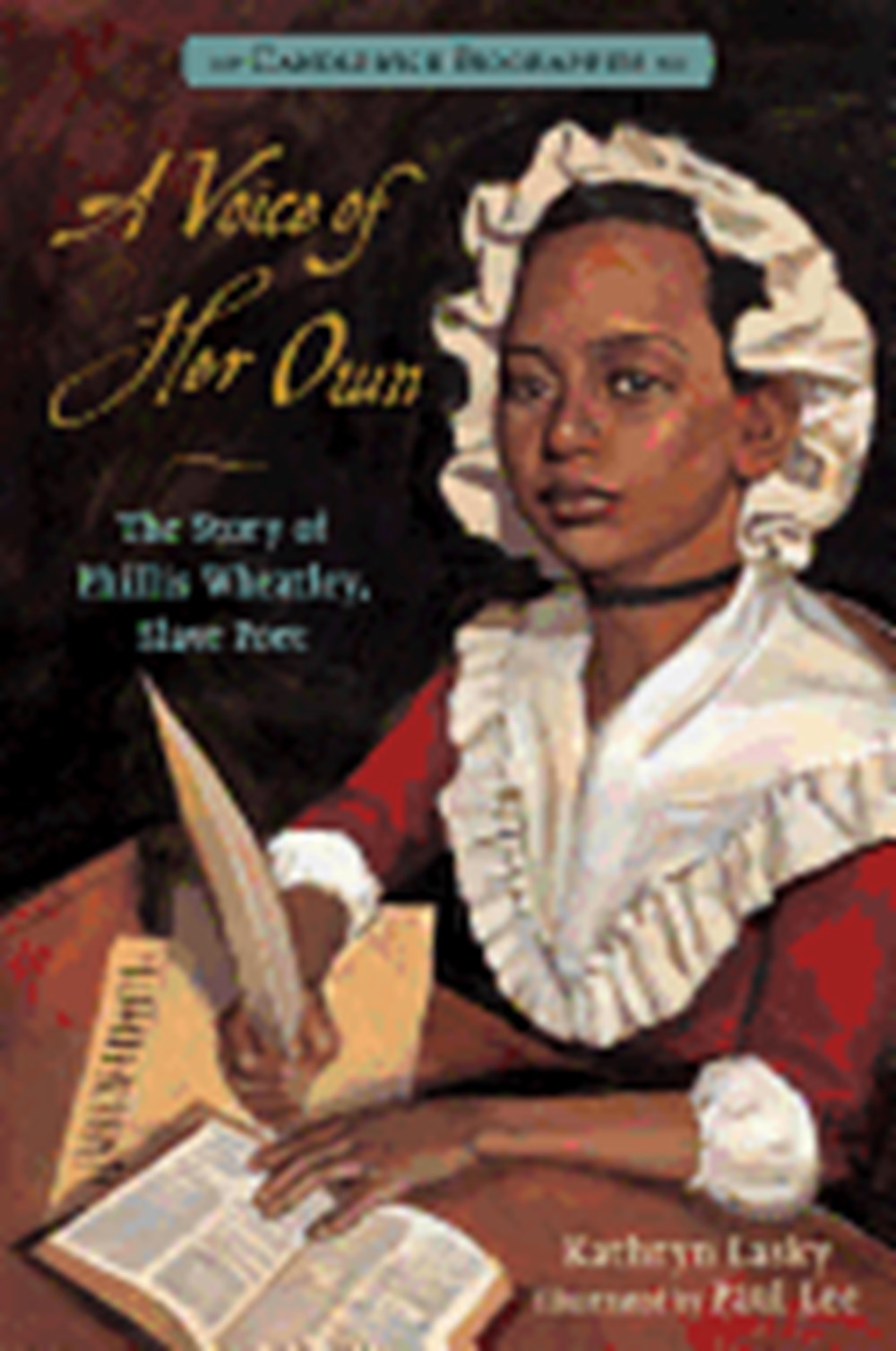 Voice of Her Own: The Story of Phillis Wheatley, Slave Poet

"Lasky shows not only the facts of Wheatley's life but also the pain of being an accomplished black woman in a segregated world."N"Booklist." Illustrations.

"Lasky shows not only the facts of Wheatley's life but also the pain of being an accomplished black woman in a segregated world." BOOKLIST
"We ll call her Phillis."
In 1761, a young African girl was sold to the Wheatley family in Boston, who named her Phillis after the slave schooner that had carried her. Kidnapped from her home in Africa and shipped to America, she d had everything taken from her - her family, her name, and her language.
But Phillis Wheatley was no ordinary young girl. She had a passion to learn, and the Wheatleys encouraged her, breaking with unwritten rule in New England to keep slaves illiterate. Amid the tumult of the Revolutionary War, Phillis Wheatley became a poet and ultimately had a book of verse published, establishing herself as the first African American woman poet this country had ever known. She also found what had been taken away from her and from slaves everywhere: a voice of her own.