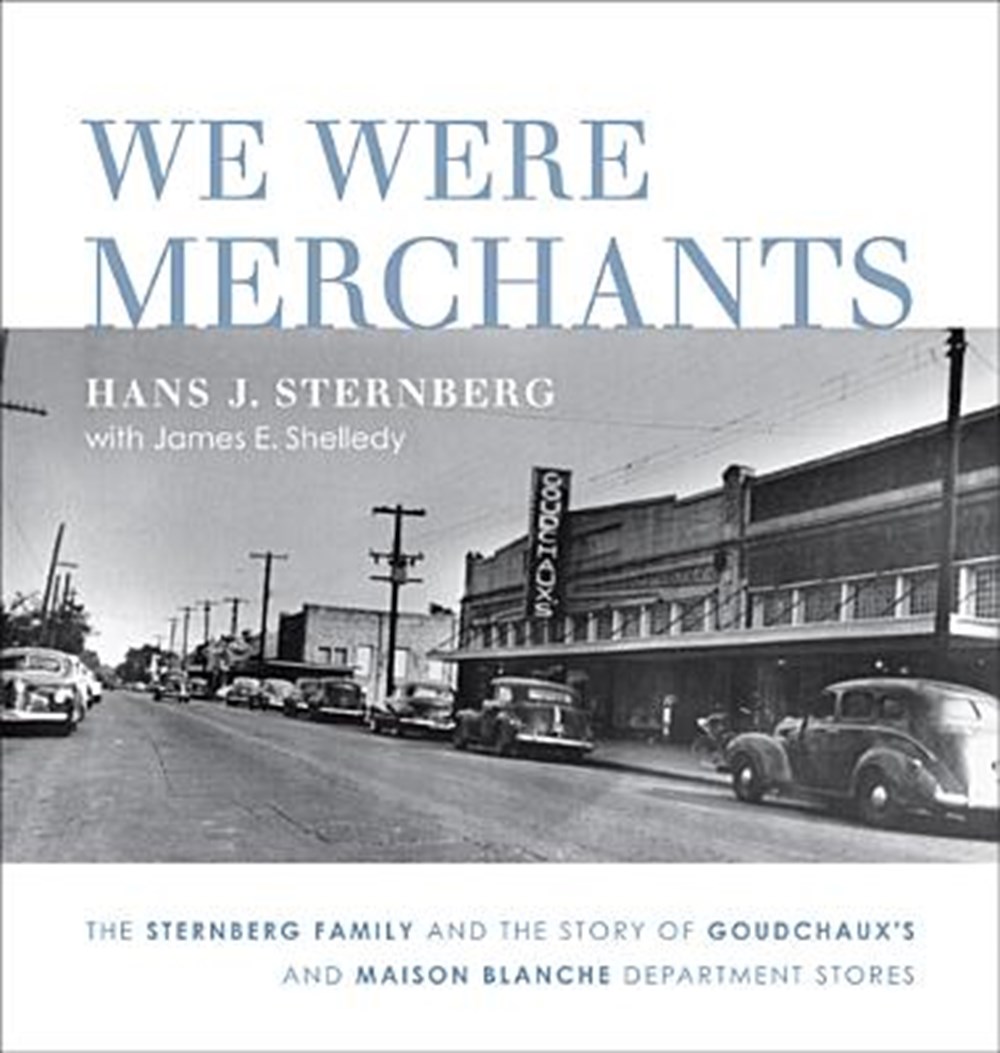 We Were Merchants: The Sternberg Family and the Story of Goudchaux's and Maison Blanche Department Stores

The words Goudchaux's/Maison Blanche conjure up a wealth of fond memories for local shoppers. At this landmark Louisiana department store, clerks greeted you by name; children received a nickel to buy a Coke and for every report-card A; families anticipated the holiday arrival of the beloved puppet Mr.

The words Goudchaux's/Maison Blanche conjure up a wealth of fond memories for local shoppers. At this landmark Louisiana department store, clerks greeted you by name; children received a nickel to buy a Coke and for every report-card A; families anticipated the holiday arrival of the beloved puppet Mr. Bingle almost as much as Santa; teenagers applied for their first job; and customers enjoyed interest-free charge accounts and personal assistance selecting attire and gifts for the most significant occasions in life -- baptisms, funerals, and everything in between.
While most former patrons have a favorite story to tell about Goudchaux's/Maison Blanche, not many know the personal tale behind this beloved institution. In We Were Merchants, Hans Sternberg provides a captivating account of how his parents, Erich and Lea, fled from Nazi Germany to the United States, embraced their new home, and together with their children built Goudchaux's into a Baton Rouge legend that eventually became Goudchaux's/Maison Blanche -- an independent retail force during the golden era of the department store and, by 1989, the largest family-owned department store in America.
With a mercantile line extending back five generations to a small shop in eighteenth-century Germany, the Sternbergs were born to be shopkeepers. In 1936, as Nazi harassment of Jews intensified, Erich smuggled $24,000 out of Germany and settled in Baton Rouge. His wife and three children joined him a year later, and in 1939, Erich bought Goudchaux's and set about transforming it from a nondescript apparel shop into a true department store. He made buying trips to New York for quality fashions and furs, introduced imaginative sales promotions, and coached his staff in impeccable customer service, while also training his children to follow in his footsteps.
Hans details the manifold challenges of operating the store -- from planning financial strategies and creating marketing campaigns to implementing desegregation and accommodating the repeal of blue laws. Through many transforming events -- Erich's death in 1965, expansion into suburban shopping malls, the purchase in the 1980s of New Orleans retail icon Maison Blanche -- the Sternbergs successfully maintained the company's core values: quality merchandise, employee loyalty, and superior customer service. At its height, Goudchaux's/Maison Blanche operated twenty-four stores in Louisiana and Florida and employed more than 8,000 people. With the economic downturn of the early 1990s, Hans made the difficult decision to sell the business, thus bringing to an end the Sternbergs' centuries-long mercantile tradition.
Supplementing the fascinating narrative are the recollections of former customers and employees, a wealth of pertinent photos, and even Hans's tried-and-true guidelines for negotiating a business transaction. At once a family, business, and community story, We Were Merchants richly recalls a bygone era when department stores were near-magical wonderlands and family businesses commanded the retail landscape.