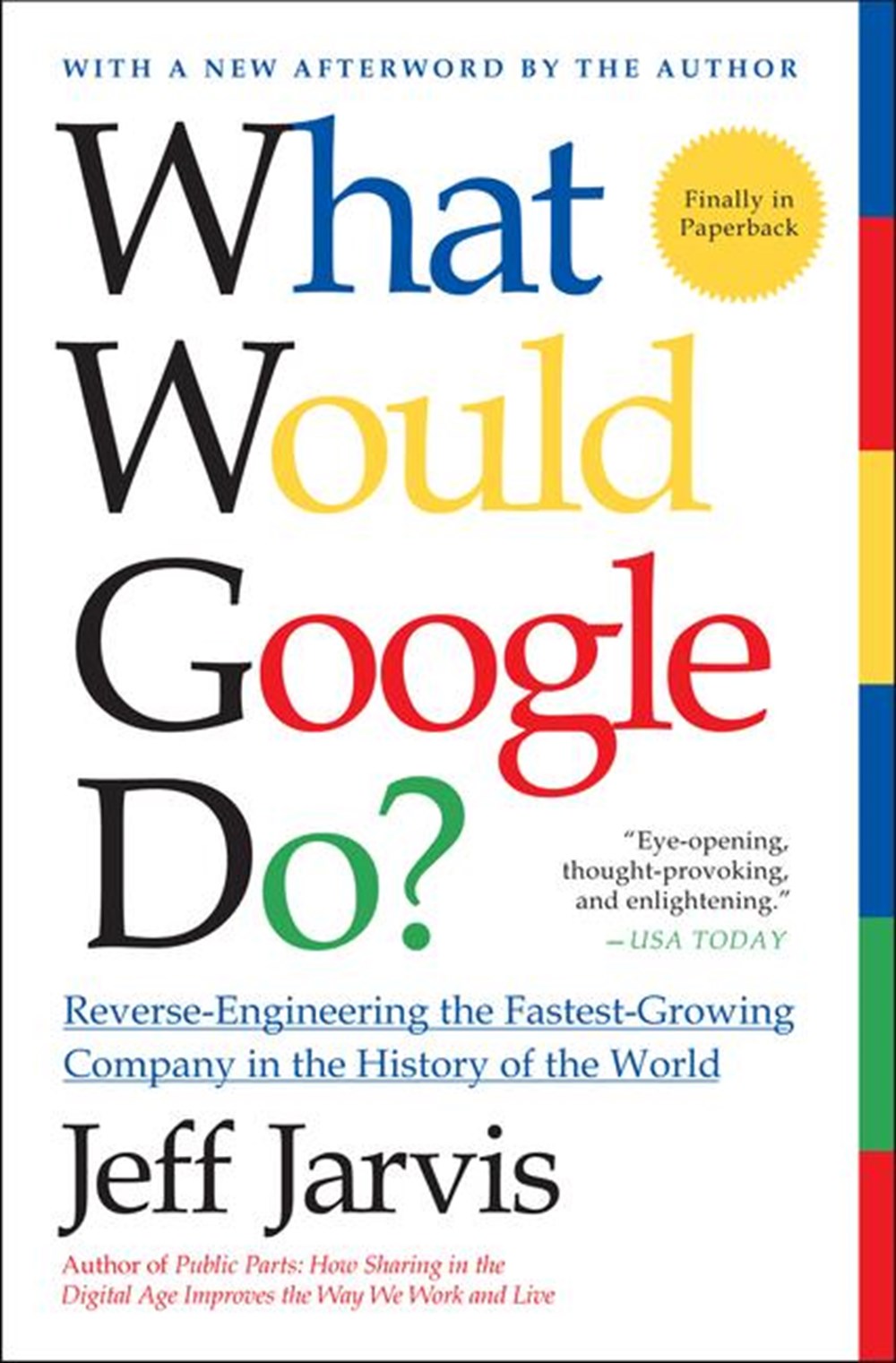 Read It For Me and You

Steve Cunningham (@stevecunningham) has started a video business book review site called readitfor. me. He is four reviews into the new site and this might be something you biz books geeks will want to check out. READ FULL DESCRIPTION

We were discussing the new Google eReader via email here last week, when Roy replied with the following: Big Shock: Roy has never used Google anything. I think it's a government conspiracy. Happy Tuesday! READ FULL DESCRIPTION

Jack Covert Selects - What Would Google Do?

What Would Google Do? by Jeff Jarvis, Collins Business, HarperBusiness, 272 pages, $26. 99, Hardcover, February 2009, ISBN 9780061709715 When Jeff Jarvis, founder of the well-followed blog BuzzMachine, had a problem with the customer service provided by Dell, he sparked what would become an Internet firestorm of criticism that engulfed Dell in a customer service (and public relations) nightmare. READ FULL DESCRIPTION

The following excerpt comes from The Network Is Your Customer by David L. Rogers, a book being released tomorrow by Yale University Press. Rogers is the executive director of the Center on Global Brand Leadership, and his book has received endorsements from great thinkers like Jeff Jarvis (What Would Google Do? READ FULL DESCRIPTION

"An indispensable guide to the business logic of the networked era."
--Clay Shirky, author of Here Comes Everybody

What Would Google Do? is an indispensable manual for survival and success in today's internet-driven marketplace. By "reverse engineering the fastest growing company in the history of the world," author Jeff Jarvis, proprietor of Buzzmachine.com, one of the Web's most widely respected media blogs, offers indispensible strategies for solving the toughest new problems facing businesses today. With a new afterword from the author, What Would Google Do? is the business book that every leader or potential leader in every industry must read.