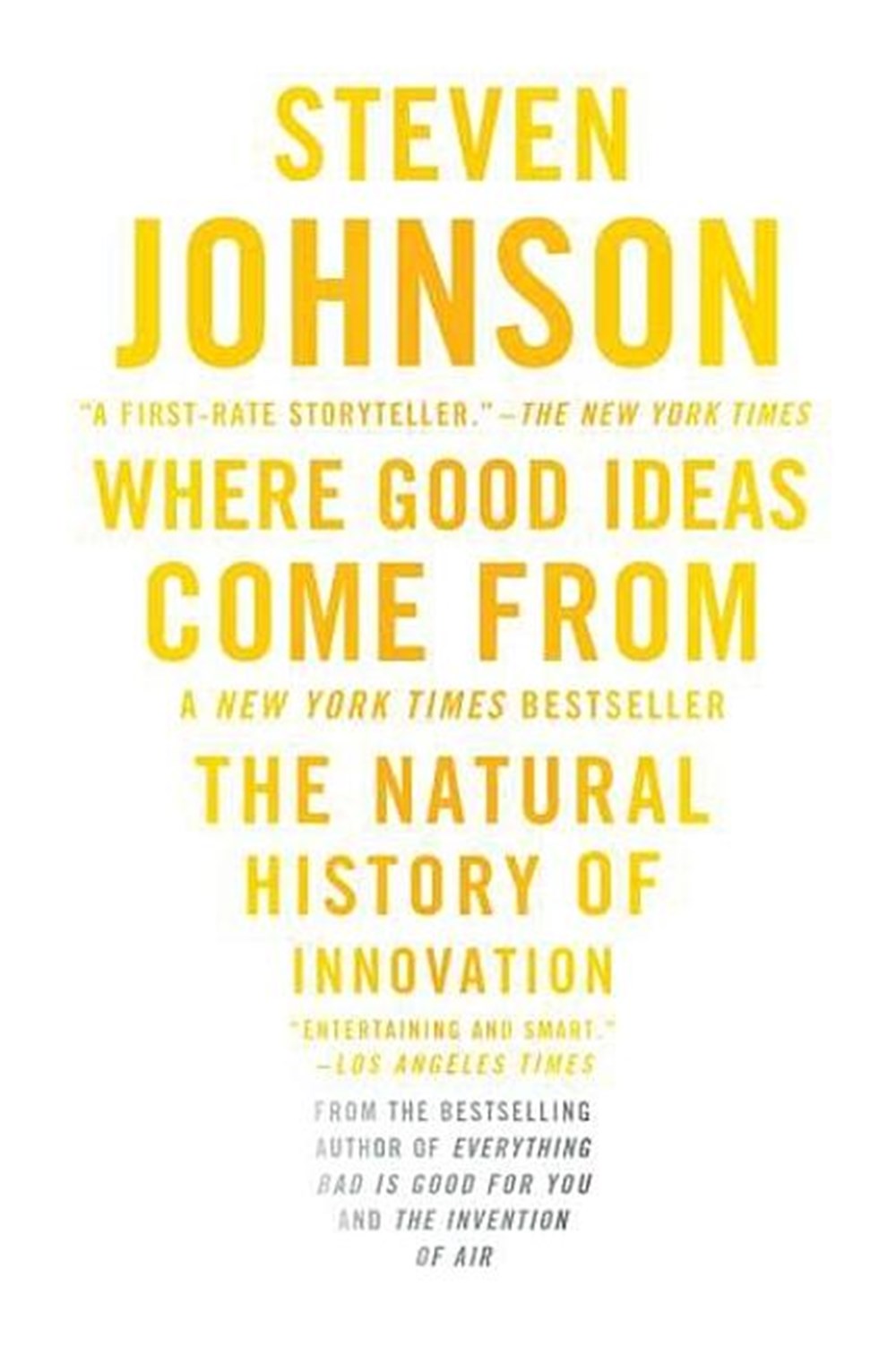 This sweeping study of the history of innovation breaks out the seven patterns of innovation like "the slow hunch" and "serendipity." It debunks the myth of the lone genius and presents the real-world dynamics and context that enable innovation. Johnson shows how understanding the roots of innovation can lead to individual creative breakthroughs.

I had the incredible pleasure of interviewing Steven Johnson, author of Where Good Ideas Come From (among many other books). We spoke about patterns among the individuals featured in the book, what an organization created to build on the premise of the book would like, and Bill Gates' reading vacation. What's fascinating about Where Good Ideas Come From is the application of the research to your own pursuit of creativity and innovation and that of your organization. READ FULL DESCRIPTION

Where Good Ideas Come From

Steven Johnson has a new book coming out in October called Where Good Ideas Come From: The Natural History of Innovation. Not only does it report on much of the innovation that has occurred over time, it focuses heavily on the process. We all have ideas. READ FULL DESCRIPTION

Where Good Ideas Come From: The Natural History of Innovation by Steven Johnson, Riverhead Books, 326 Pages, $26. 95, Hardcover, October 2010, ISBN 9781594487712 Steven Johnson has written a brilliant analysis of creativity and innovation in his new book, Where Good Ideas Come From. It is no coincidence that this natural history opens with a story about Darwin, the most famous studier of origins. READ FULL DESCRIPTION

Not many writers can craft an engaging 250 page book around seemingly mundane subjects such as glass and freezing, but Steven Johnson can. READ FULL DESCRIPTION

From the New York Times bestselling author of How We Got To Now and Farsighted The printing press, the pencil, the flush toilet, the battery--these are all great ideas. But where do they come from? What kind of environment breeds them? What sparks the flash of brilliance? How do we generate the breakthrough technologies that push forward our lives, our society, our culture? Steven Johnson's answers are revelatory as he identifies the seven key patterns behind genuine innovation, and traces them across time and disciplines. From Darwin and Freud to the halls of Google and Apple, Johnson investigates the innovation hubs throughout modern time and pulls out the approaches and commonalities that seem to appear at moments of originality.