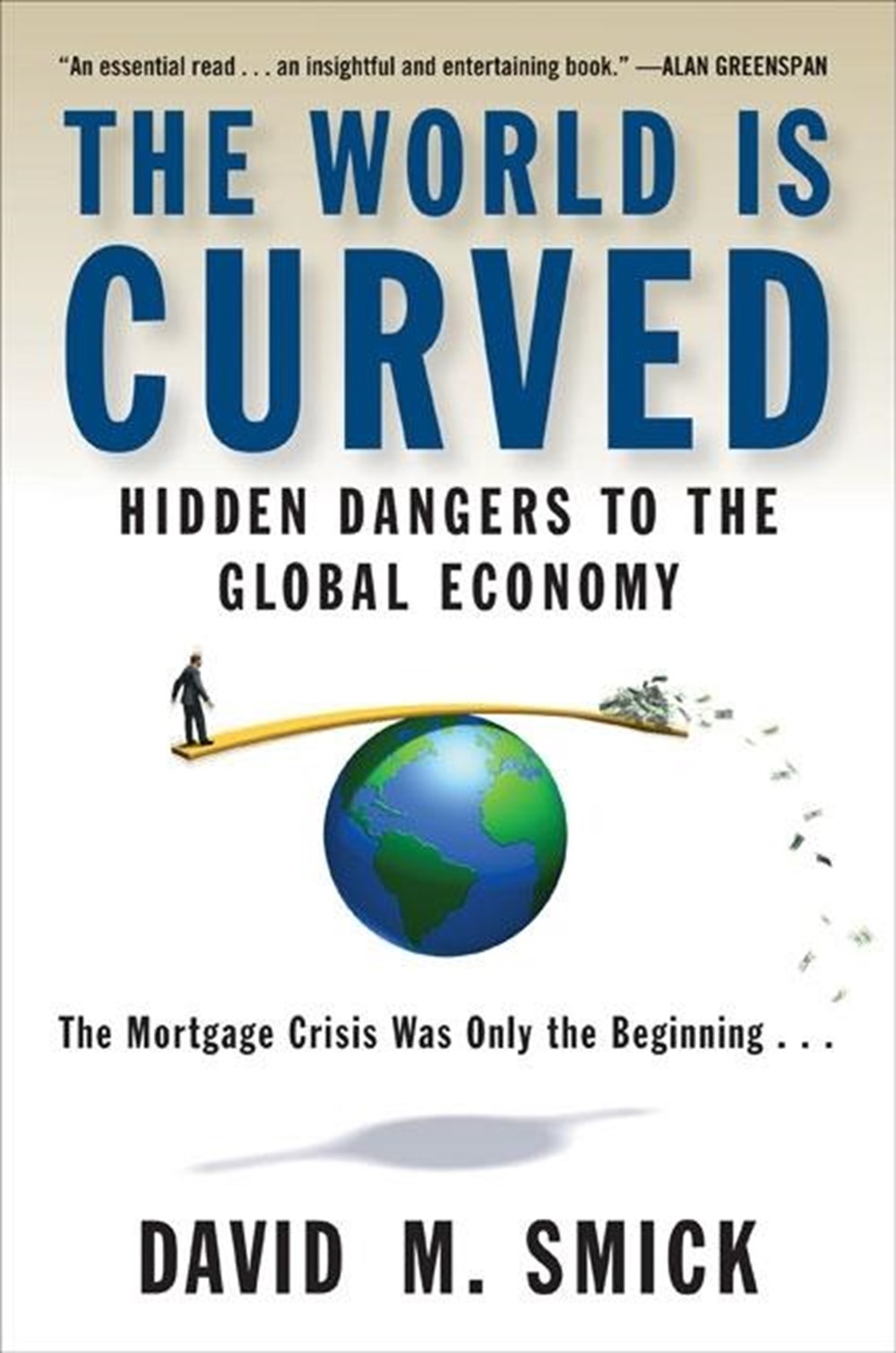 One of Washington's premier insiders ("Financial Times") describes how today's risky mortgage environment came to be--and why the mortgage mess is a symptom of future trouble.

The books on our 2008 shortlist for the Finance &amp; Economics Category are: The Gridlock Economy: How Too Much Ownership Wrecks Markets, Stops Innovation, and Costs Lives by Michael Heller (Basic Books, July 2008) Michael Heller didn't have language to describe the tragedy he saw occurring due to too much ownership, so he coined the term "the tragedy of the anticommons"--a term that describes the overreaction to the "tragedy of the commons,"--when public resources are overused and degraded. In The Gridlock Economy, Heller cites time and again examples of stifled innovation and lost economic growth due to outdated patent law, underuse of resources and, in general, too much ownership. The Trillion Dollar Meltdown: Easy Money, High Rollers, and the Great Credit Crash by Charles R. READ FULL DESCRIPTION

It's Andrew Carnegie's 173rd birthday, and the always excellent Jacket Copy recently had an insightful post on the man and his gargantuan importance to the free library system, pulling a quote from a speech of his from David Nasaw's excellent 2006 biography of the man, Andrew Carnegie. Gloria McDonough-Taub at Bullish on Books chooses the three books she's most thankful for this year. They are: The Snowball: Warren Buffett and the Business of Life by Alice Schroeder, The World Is Curved: Hidden Dangers to the Global Economy by David Smick, Portfolio The Forgotten Man: A New History of the Great Depression by Amity Shlaes, The Book Design Review, which rarely covers business books (though Outliers has also showed up there recently), takes a look at Harvard Business Review Classics. READ FULL DESCRIPTION

The World is Curved (and Excerpted)

The following excerpt is the prologue of David M. Snick's The World is Curved: Hidden Dangers to the Global Economy, which is being released today. The book has received praise from some heavy hitters in the world of politics and global economics, such as Alan Greenspan, George Soros, James Schlesinger and Bill Bradley. READ FULL DESCRIPTION

Marci Alboher of The New York Times recently conducted a Q&amp;A session with Guy Kawasaki via email. One exchange for you entrepreneurs: Q. What is your advice to entrepreneurs seeking funding or growth opportunities if the credit and capital markets continue on their current course? READ FULL DESCRIPTION

Yesterday saw the release of two books you won't want t to miss, Thomas Friedman's Hot, Flat and Crowded and David M. Snick's The World is Curved: Hidden Dangers to the Global Economy. Judged by its title alone, you may think The World is Curved is a rebuke of Friedman's philosophy, but it's not. READ FULL DESCRIPTION

David Brooks had praise of the highest order for The World is Curved in his op-ed on Tuesday, writing: In his astonishingly prescient book, The World Is Curved: Hidden Dangers to the Global Economy, David M. Smick argues that we have inherited an impressive global economic system. It, with the U. READ FULL DESCRIPTION

What Borders Is Selling For the Credit Crisis

In today's Wall Street Journal, Borders business-book buyer Michael D'Agostini says there are five titles that seems to be of most interest to credit concerned consumers visiting his stores: The Trillion Dollar Meltdown: Easy Money, High Rollers and the Great Credit Crunch by Charles Morris The World Is Curved: Hidden Dangers to the Global Economy by David Smick The New Paradigm for Financial Markets: The Credit Crisis of 2008 and What It Means by George Soros Bad Money: Reckless Finance, Failed Politics, and The Global Crisis of American Capitalism by Kevin Phillips Crash Proof: How to Profit from the Coming Economic Collapse by Peter Schiff The article also says that you will probably find a similar display at your local Barnes &amp; Noble the next time you visit. READ FULL DESCRIPTION

David Smick keeps a low profile, but experts consider him one of the most insightful financial market strategists in the world. For more than two decades, he has conferred with central bankers (such as Alan Greenspan and Ben Bernanke) and advised top Wall Street executives and investors, from George Soros to Michael Steinhardt to Stan Druckenmiller. Political leaders (from Bill Bradley to Jack Kemp) have regularly sought his policy advice.
"The World Is Curved" picks up where Thomas Friedman s "The World Is Flat" left off, taking readers on an insider s tour through the private offices of central bankers, finance ministers, even prime ministers. Smick reveals how today s risky environment came to be and why the mortgage mess is a symptom of potentially far more devastating trouble. He wrestles with the two questions on everyone s mind: How bad could things really get in today s volatile economy? And what can we do about it?
Drawing on riveting anecdotes in language anyone can understand, Smick explains:
Why the churning cauldron we call China (the next great bubble to burst) represents a powerful threat to everyone s pocketbookHow Japanese housewives have taken control of their nation s savings, and why it matters to usHow greed-driven bankers and investment bankers have put everyone s pensions and 401(k)s at riskWhy today s incredible shrinking central banks may not be able to save us when the next crisis hitsWhy the big-money Russian, Chinese, Saudi, and Dubai sovereign wealth funds represent a tectonic shift in global financial power, away from the United States, Europe, and JapanWhy the world desperately needs a big think financial doctrine to guide today s dangerous ocean of money"The World Is Curved" is the rare book that speaks simultaneously to the Wall Street, Washington, and London elite, yet its apt storytelling shows Main Street readers how to survive in these turbulent times."