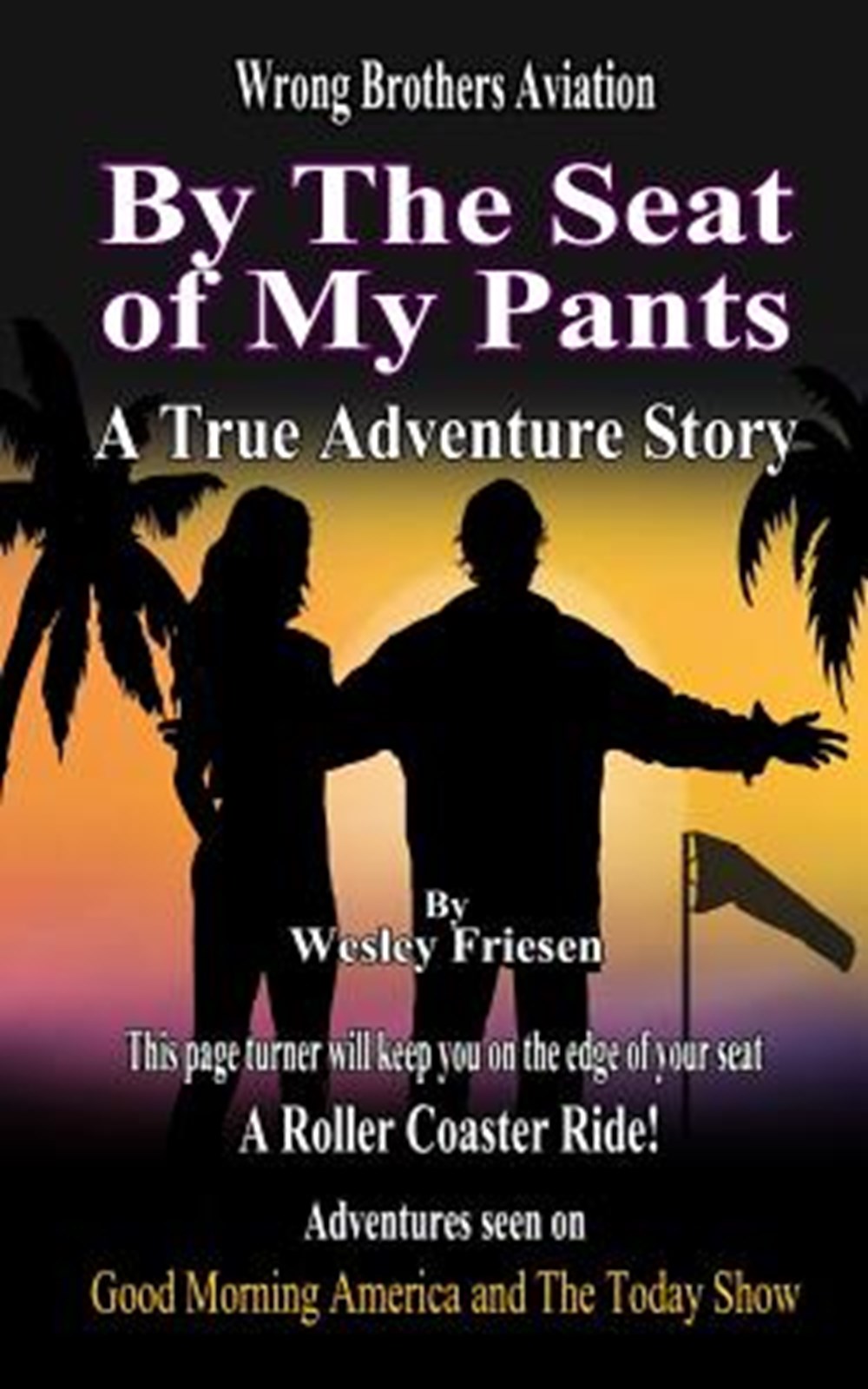 Wrong Brothers Aviation - "By the Seat of my Pants"

Wrong Brothers Aviation - "By the Seat of my Pants" is a true life adventure story about two brothers with a dream and a passion. Driven by an entrepreneurial spirit they launched an aviation career on a shoestring budget.

Wrong Brothers Aviation - "By the Seat of my Pants" is a true life adventure story about two brothers with a dream and a passion. Driven by an entrepreneurial spirit they launched an aviation career on a shoestring budget. Having to dig under their car seats for change to buy a McDonald's hamburger, their lives changed literally overnight after a feature segment on The Today Show. Customers poured in from every part of the country to buy and get trained in their unusual designed planes.

The Wrong Brothers had numerous hair-raising close calls while flying their unproven aircraft. Keep in mind that these were the beginning days of unregulated and unregistered planes of their kind. It was like the Wild West breaking new ground... but with no sheriff in town. They pushed their abilities to the limit daily. Setting world records, partying, meeting babes, and risking their lives were the only way the brothers knew how to live - "By the Seat of Their Pants".

The press loved the name "Wrong Brothers Aviation" and word played it to the max. They created captivating and original headlines like, "Do Two Wrongs Make a Right?" "The Wrong Brothers Off On the Right Foot " Through exceptional promotional skills, the Wrong Brothers brought ultra-light aircraft to the forefront of aviation.

Sponsored by the Honolulu Advertiser and Good Morning America the Wrong Brothers set a world record over-water flight in planes weighing no more than 35 broiler chickens. The brothers flew over the treacherous channels of the Hawaiian Islands nearly losing their lives to the gusty winds swirling off the mountains. Getting front page headlines and television coverage daily, they became instant celebrities. Revered by the public and showered with leis and kisses from beautiful women, the world was their oyster. The Mayor of Honolulu even rewarded them with a key to the city for their daring feat.

Through national promotions and a strong determination, the Wrong Brothers became a well-known company. But, success can have its own set of problems... growing too big and too fast can be fatal for a small company. The two brothers learned the hard way, watching their company go down in a tailspin. But true spirit can't be stopped. After closing the doors and two years separated, they opened up a sea-based flying operation in the tropical Florida Keys. During the height of the venture, Murphy's Law exposed its ugly face and the Wrong Brothers demolished a plane in the Atlantic Ocean almost losing their lives.

Written by Wesley Friesen the book took eight years to complete. He then incorporated another dimension to the story by added his brothers, "Tim's Notes" throughout the book. The comments add credibility to his version, including the power struggle and the personal conflicts between the two brothers. He also included newspaper articles of some of the events, and readers can visit his website to watch The Today Show, Good morning America, and their "World Record Flight" videos.