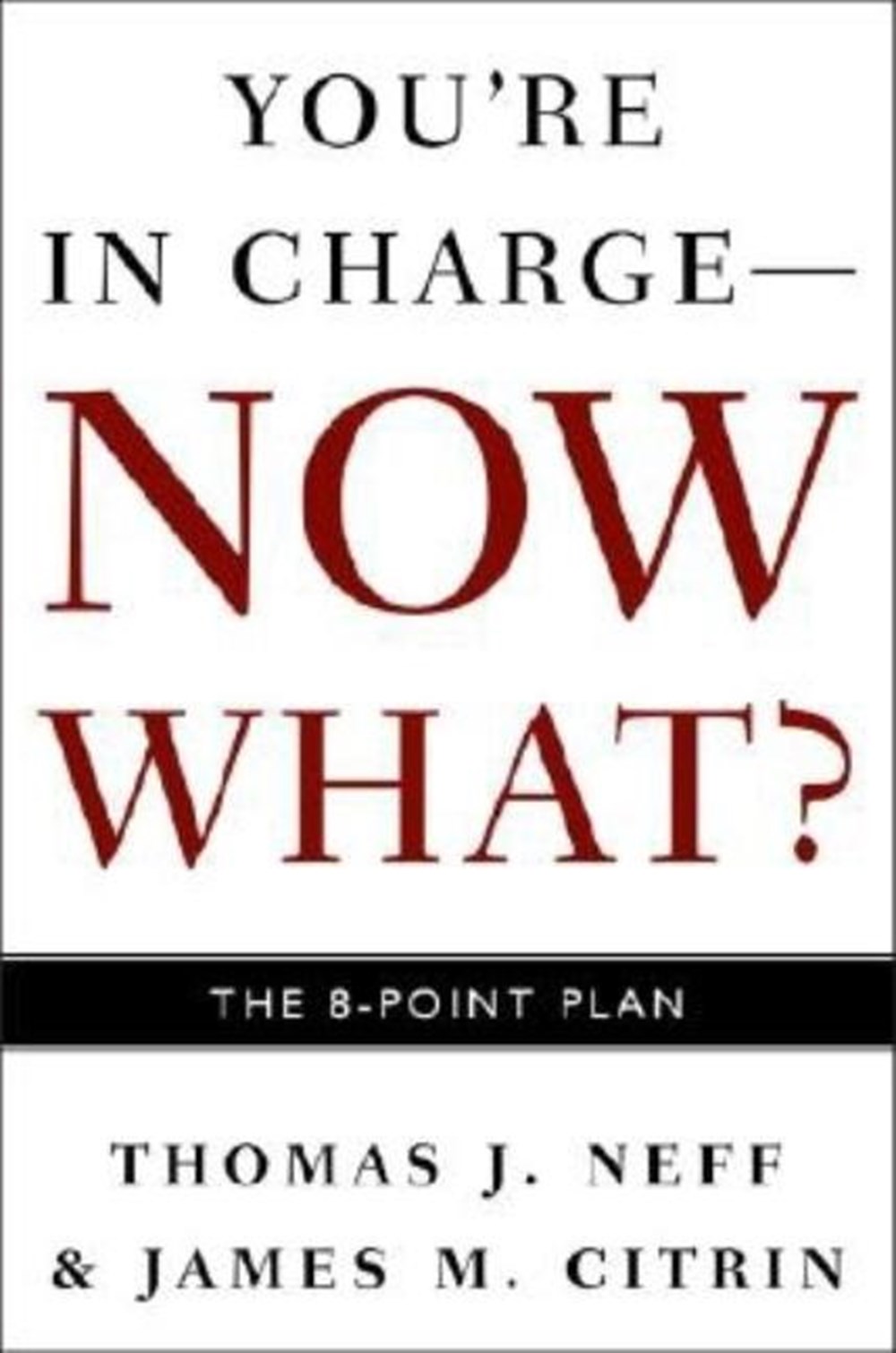 You're in Charge--Now What?: The 8 Point Plan

Interviewing 50 powerful CEOs, the authors provide the principles of success--what to do, what not to do--for anyone about to assume a new job or leadership role.

Getting a new job or a big promotion is like building a house: You need to get the foundation right for both. With a job, the quick-drying cement is how well you do in your first hundred days, since they establish the foundation for long-term momentum and great performance.
Tom Neff and Jim Citrin are two of the world's leading experts on leadership and career success. As key figures at Spencer Stuart (hailed by the Wall Street Journal as the number one brand name in executive search), they must understand the criteria for success when they recruit top executives for new leadership positions.
Through compelling, first-hand stories you will hear from people such as Jeffrey Immelt, CEO of GE, on how his career has been a series of successive first hundred days. Larry Summers, president of Harvard University, talks candidly about what he could have done differently in his early days to avoid dissipating goodwill among the diverse constituencies important for his future success. Gary Kusin of Kinko's shares the specifics of the hundred-day action plan he crafted for himself before he started his new job. Paul Pressler of Gap Inc. shows how he developed a general strategic agenda that established fundamental principles and goals, waiting to prepare a more detailed strategic plan until later in his tenure.
Tom Neff and Jim Citrin's actionable eight-point plan will be the foundation for your success--whether you are moving to a new organization or being promoted--showing how to:
- Prepare yourself mentally, physically, and emotionally from the time you accept until the time you begin
- Manage others' expectations of you--bosses, colleagues, and subordinates
- Shape and build the team that will work with you
- Learn the lay of the land and find out how things "really work around here"
- Communicate your story effectively to people inside and outside the organization
- Avoid the top ten traps that confront every new leader, such as disrespecting your predecessor, misreading the true sources of power in the organization, or succumbing to the "savior syndrome"
When you start a new job you are in what AOL's Jon Miller calls a "temporary state of incompetence," faced with having to do the most when you know the least. But with the eight-point plan of "You're in Charge--Now What?" you'll understand and be able to take action on the patterns that will build your success.
Also available as an eBook