"The true profit in bookselling is the social profit; the bottom line, the measure of the impact of the books on the community." 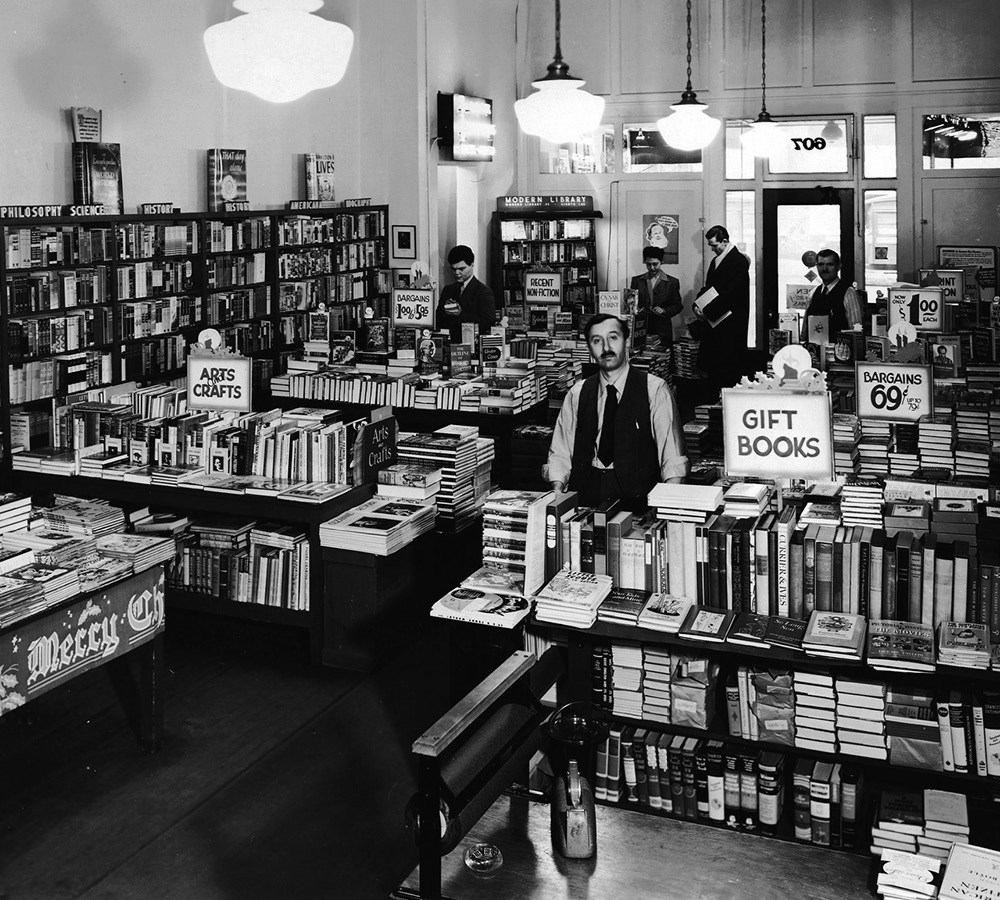 Harry W. Schwartz opened his first bookshop on Milwaukee’s East Side in 1927, a rental library he called Casanova Booksellers and Importers. It was situated in, of all places, a corner of The Downer Beauty Parlor. In 1937, the shop moved to Milwaukee's main street, Wisconsin Avenue, now bearing a name it would carry until 2009—Harry’s own, the Harry W. Schwartz Bookshop.

Have you ever heard of a bookshop born in a beauty parlor? There have been bookshops born in restaurants, tearooms, saloons, antique shops, and perhaps in other places but never, I believe, in a beauty parlor. In the month of October 1927, we [Schwartz and his then-partner Paul Romaine] opened the Casanova Bookshop in a tiny corner of The Downer Beauty Parlor, 591 Downer Avenue, adjacent to the barber, who eyed us with suspicion. 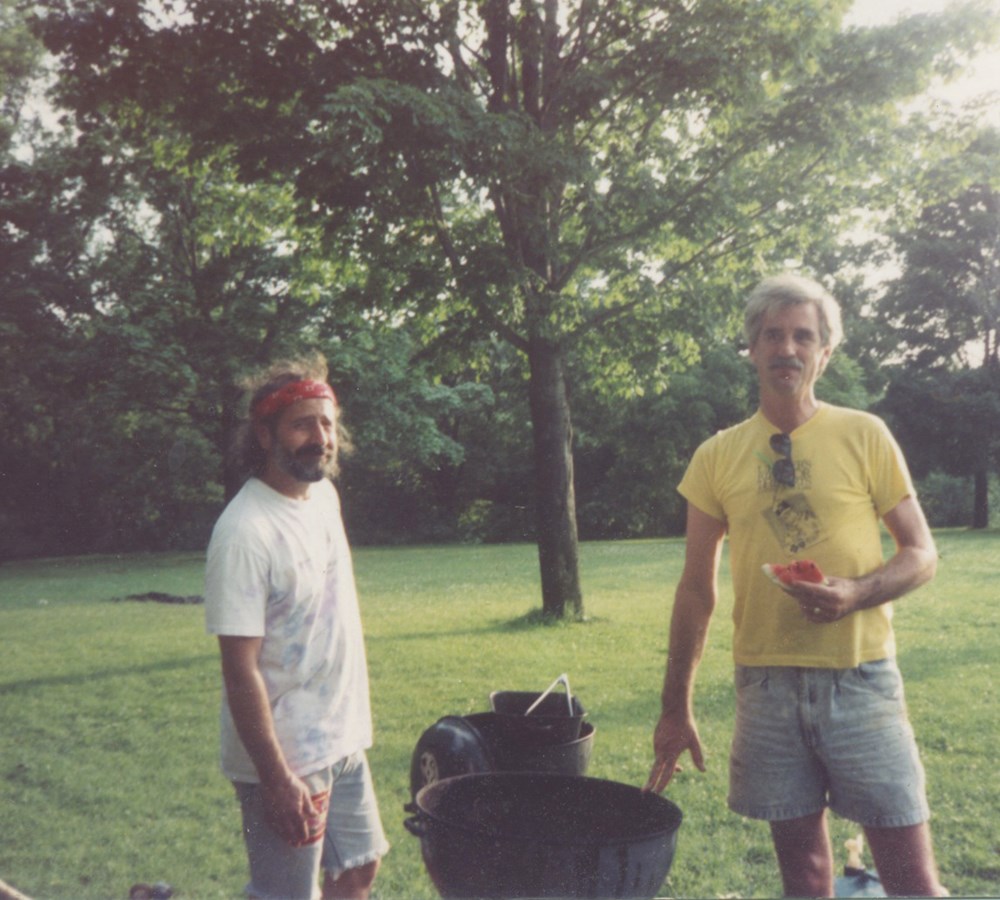 In 1972, the business passed to Harry’s son, A. David Schwartz, who had returned with his daughter Rebecca from a commune in Maine, finally ready to reconcile his communist spirit with the capitalist structure required to run a successful business. In 1984, he hired Jack Covert to oversee and grow the business book section of what was then still a single Harry W. Schwartz Bookshop in downtown Milwaukee. Jack developed that section of the store into a sister business of its own, and though Schwartz Business Books (our first name) was still a part of what became a local chain of Schwartz Bookshops, it grew alongside—and separate from—them.

While David was busy expanding the bookshop and opening up new locations to compete with the big box stores in the bricks and mortar world, Jack was growing his side of the enterprise as well. He developed a mail order, over-the-phone, and, eventually, online business that shipped books to corporate libraries and author events all over the state—eventually all over the country, and even the world. An Inc. profile of the bookshops in 1995 included a section about the reputation Jack was building in the industry:

Covert himself is known in the world of business-book publishing. His championship of obscure works has helped turn such books as The Goal into national bestsellers, and his monthly top-15 list is a frequently cited industry standard. He publishes a 20-page glossy quarterly newsletter touting new picks to an audience of 60,000 book buyers, and the publishers themselves heed his suggestions. ‘Jack is not simply a bookseller—he's a tracker and a prophet.' 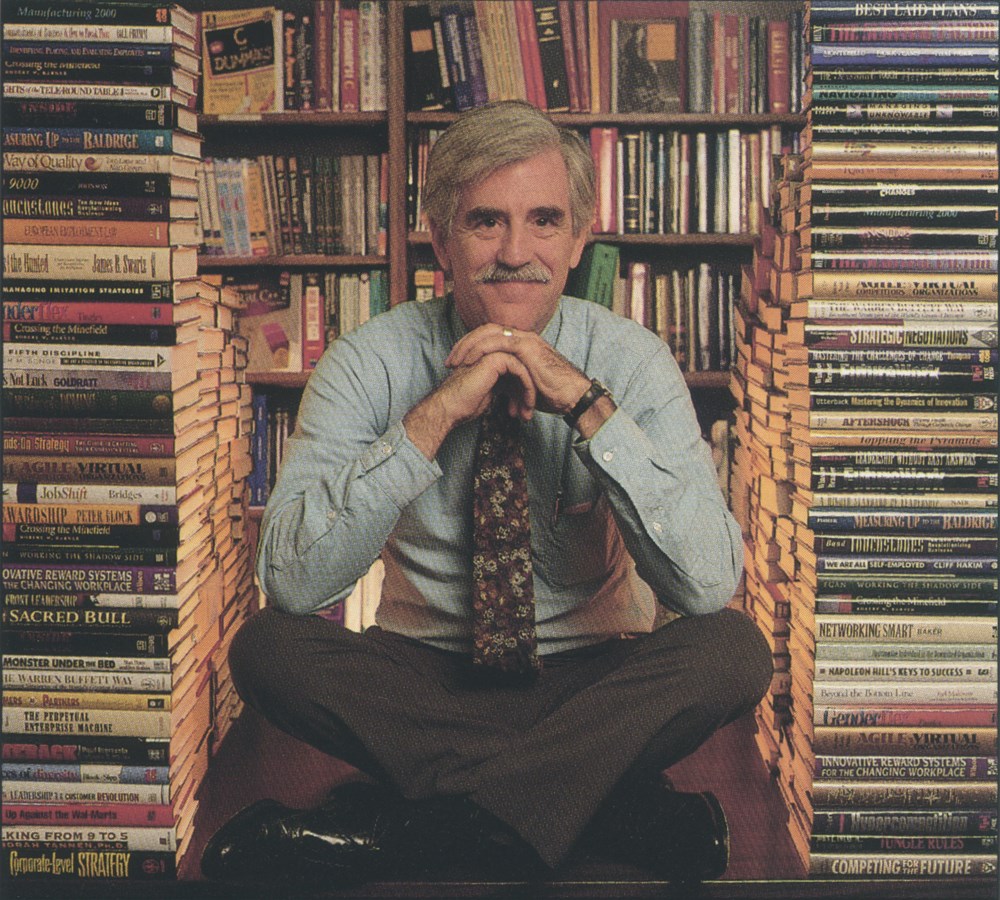 The business took on a life of its own and moved to the back office of the store’s administrative offices, where there was a loading dock to move books in bulk, and space for our expanding customer service operation. That part of the business changed names a few times along the way, eventually settling on 800-CEO-READ in the late 1990s to emphasize our customer service, our call center, and our focus on business books. That, then, is the business Porchlight grew out of, though many aspects other than our name have changed since then. That "glossy quarterly newsletter" became obsolete as Amazon arrived on the scene, and 800-CEO-READ updated its business model to meet them in the online marketplace—much as David expanded his shops to compete with Borders and Barnes & Noble on the street. 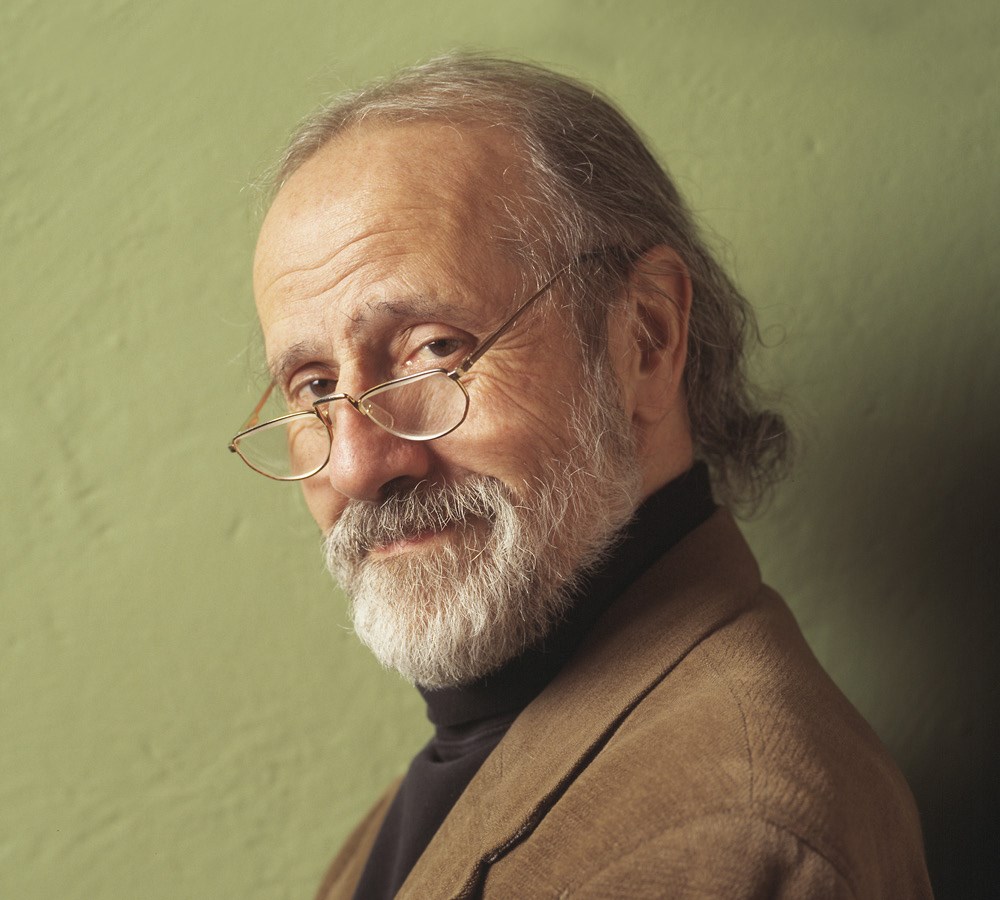 The Passing of an Era

Perhaps the most dramatic and lasting changes to our business family came with David’s passing in 2004 and the closing of the bookshops five years later. Amazon, it turned out, would be more of an existential threat to our bookshops than the chains ever were, and would even end the big box stores’ reign over the retail book market. Happily for Milwaukee and independent bookstore supporters everywhere, one Schwartz Bookshop location remains in operation today as Boswell Book Company, just down the street from where Harry opened his first store in that Downer Avenue beauty parlor. Though it is no longer a part of our company, we still consider Boswell a close relation. It makes us proud that the Harry W. Schwartz retail bookselling legacy lives on as Boswell is owned by Daniel Goldin, a former Schwartz book buyer and general manager. 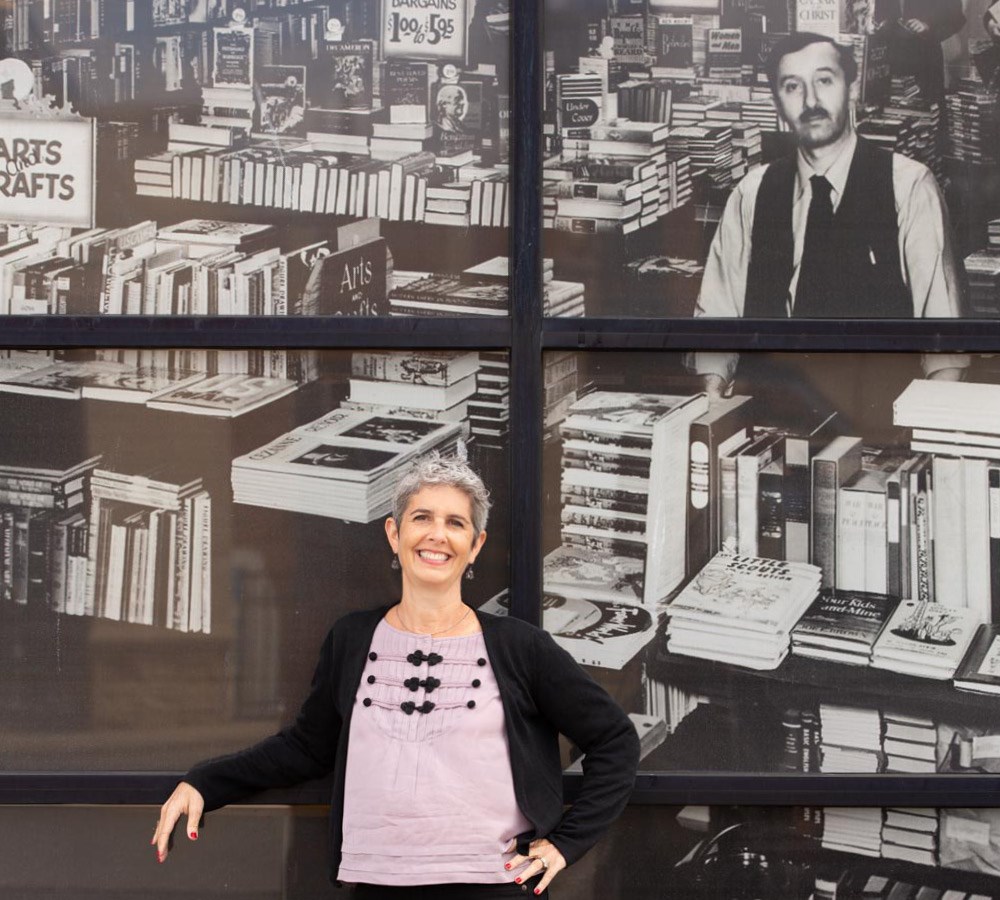 Porchlight is still owned and overseen by the Schwartz family. It was led by David’s wife, Carol Grossmeyer, in the years following his death until she retired in 2016. That is when Rebecca Schwartz, David’s daughter and Harry’s granddaughter, left her former life sharing the love and power of literature with her students as a high school English teacher to become our CEO. Today, she dedicates herself to furthering our goal to spread books and ideas around the country and all over the world—both in boxes of physical books and through our consistent and considerable efforts online—in order to help readers, organizations, and communities grow and thrive. Though we no longer have a physical store for handselling books, our ethos of independent thought and community values—perhaps best summarized by David in an interview with I Remember Milwaukee—has remained the same:

Bookselling is a cultural and political expression, an expression of progressive change, of challenge to oppressive authority, of a search for a community of values which can act as an underpinning of a better world. The true profit in bookselling is the social profit; the bottom line, the measure of the impact of the books on the community. 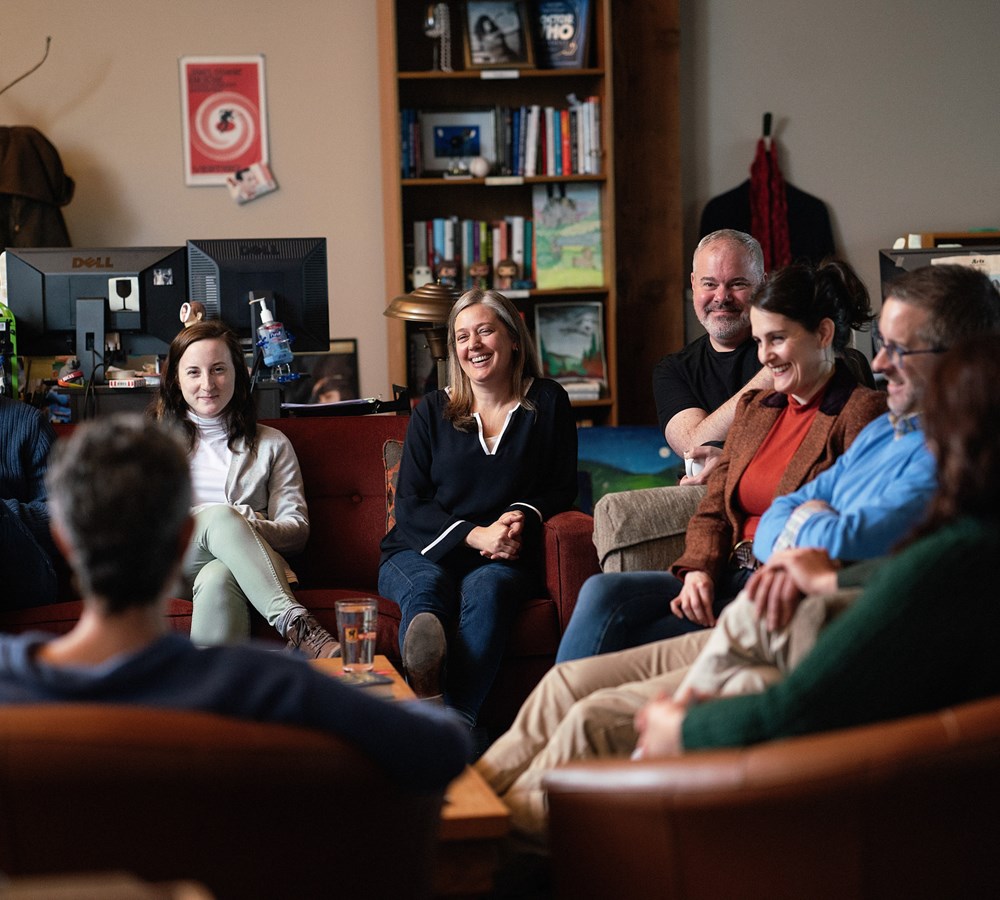 Looking Back to Look Forward

Our community has expanded over the years–from the readers in our neighborhood to folks everywhere who love, need and believe in books and the people in publishing who labor to bring them to life. Through the many years, many evolutions, and many dedicated employees championing books in many ways, the profit we seek is still, first and foremost, that social profit—the impact of books on people, on the organizations we ship them to, and on the community.