Executive coaches and #1 bestselling authors of All In and The Carrot Principle offer insight and advice in this practical eight-step guide both managers and employees can use to reduce work anxiety in the office and at home. 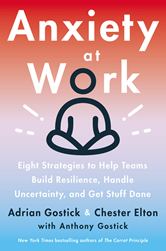 Anxiety in the workplace is a growing issue that is affecting employers and employees alike. Already on the rise in recent years (a 2020 survey showed more than 30 percent of all Americans were reporting symptoms of an anxiety disorder, including a remarkable 42 percent of people in their twenties), anxiety has only been exacerbated by the COVID-19 pandemic, which has brought increased uncertainty over job security, isolation for those now working from home, and the potential for employee burnout. The issue is further aggravated by the fact that many people—especially younger employees who aren’t in a position of authority—feel unable to discuss their anxieties openly. Less than one in ten employees say they’d feel comfortable discussing their mental health with their manager.

In Anxiety at Work: 8 Strategies to Help Teams Build Resilience, Handle Uncertainty, and Get Stuff Done, executive coaches and bestselling authors Adrian Gostick and Chester Elton offer a road map for managers and employees to reduce work anxiety in the office and at home. Through proven examples, they demonstrate how working to alleviate that stress is beneficial for productivity and the bottom line as well as for workers’ mental well-being.

Through extensive hands-on experience with managers and their teams, Gostick & Elton have developed eight strategies with practical steps for assuaging anxiety in any workplace and creating a healthy place to work, helping team members (and leaders) to:

Concluding each chapter with a summary of concrete actions to implement, Anxiety at Work is an empathetic guide and invaluable resource that can help anybody find solutions to making the workplace less stressful.

#1 bestselling leadership author Adrian Gostick is a global workplace expert and thought leader in the fields of corporate culture, leadership, and employee engagement. He is founder of the training company The Culture Works and author of the #1 New York Times, USA Today and Wall Street Journal bestsellers All In and The Carrot Principle. His books have been translated into 30 languages and have sold 1.5 million copies around the world. As a leadership expert, he has been called “fascinating,” by Fortune magazine and “creative and refreshing” by the New York Times. Gostick has appeared on NBC’s Today Show and CNN and is often quoted in The Economist, Newsweek, and Wall Street Journal. If you Google the 30 Top Leadership Gurus, he is in the top10 alongside Simon Sinek and Jim Collins. His consulting clients include Danaher, Bank of America, Rolls Royce, Intel and Duracell.

#1 bestselling leadership author Chester Elton provides real solutions to leaders looking to manage change, drive innovation, and lead a multi-generational workforce. Elton’s work is supported by research with more than 850,000 working adults, revealing the proven secrets behind high-performance cultures and teams. He has been called the “apostle of appreciation” by Canada’s Globe and Mail, “creative and refreshing‚” by the New York Times, and a “must read for modern managers” by CNN. Elton is co-author of the New York Times and #1 USA Today and Wall Street Journal bestselling leadership books All In, The Carrot Principle and The Best Team Wins. His books have been translated into more than 30 languages and have sold more than 1.5 million copies worldwide. Elton is often quoted in publications such as the Wall Street Journal, Washington Post, Fast Company and the New York Times. He has appeared on NBC’s Today, CNN, ABC, MSNBC, National Public Radio and CBS’s 60 Minutes. In 2020 Global Gurus research organization ranked him as #4 in the world’s top leadership experts and #2 in the world’s top organizational culture experts, and he is a member of Marshall Goldsmith’s 100 Coaches (MG100) pay it forward project. Elton is the co-founder of The Culture Works, a global training company and is a board member of Camp Corral, a non-profit for the children of wounded and fallen military heroes. He serves as a leadership consultant to firms such as American Express, AT&T, Avis Budget Group and Procter & Gamble. 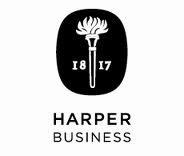 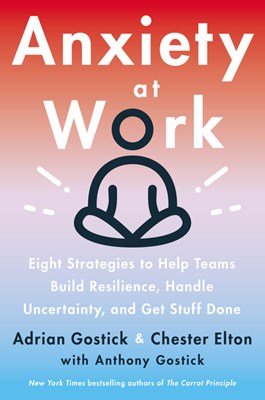