The Age of Resilience: Reimagining Existence on a Rewilding Earth

A wide-ranging look at the political, economic and cultural effects of the global shift from an economy based on efficiency to one based on resilience, from New York Times bestselling author Jeremy Rifkin. 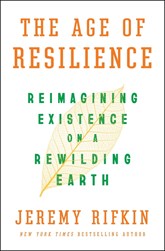 Humans have long believed we could force the natural world to adapt to us; only now are we beginning to face the fact that it is we who will have to adapt to survive and thrive in an unpredictable natural world. A massive transformation of our economy (and with it the way we live our lives) has already begun. In The Age of Resilience, Jeremy Rifkin describes this great transformation and its profound effect on the way we think about the meaning of our existence, our economy, and how we govern ourselves as the earth rewilds around us.

We are moving, Rifkin argues, from an Age of Progress to an Age of Resilience. The former was driven by the quest to optimize the expropriation, consumption, and discarding of natural resources in favor of the material opulence of society. Of course, this came at the expense of nature, itself. If the Age of Progress marched in lockstep with efficiency, the choreography of the Age of Resilience strides with adaptivity. Rather than attempting to force the whole of nature to adapt to our desires, we must relearn to adapt our species to the ever-present and powerful forces of a rewilding earth.

The Age of Resilience explores cutting-edge scientific discoveries about human nature and the evolution of life on Earth. The shift from geopolitics to biosphere politics, globalization to glocalization, corporatism to shared commons, the ascendance of bioregional governance, the extension of representative democracy to make room for citizens’ assemblies and distributed peerocracy, and the rise of biophilia consciousness are among the new movements and forces that will help define and shape the coming years.

In The Age of Resilience, Jeremy Rifkin—a world-renowned expert and global governmental advisor on the impact of technological changes on human life and the environment—has written the defining work on the impact of climate change on the way humans organize their lives.

Jeremy Rifkin is president of the Foundation on Economic Trends and the bestselling author of twenty-two books, including The Third Industrial Revolution, The Zero Marginal Cost Society, The Green New Deal, The End of Work, and The Empathic Civilization. The National Journal named Rifkin as one of 150 people in the U.S. that have the most influence in shaping federal government policy. He has also testified before numerous congressional committees. Since 1994, Mr. Rifkin has been a senior lecturer at the Wharton School’s Executive Education Program at the University of Pennsylvania. Rifkin is ranked 123 in the WorldPost / HuffingtonPost 2015 global survey of “The World’s Most Influential Voices.” Rifkin has been an advisor to the leadership of the European Union since 2000. He also serves as an advisor to the People's Republic of China.

The books for this giveaway are being provided by St. Martin's Press. We have 20 copies available. The giveaway's winners will be chosen on Monday, November 14th. 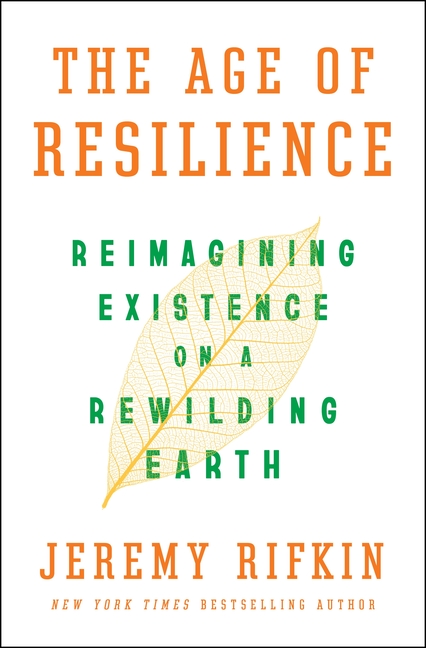 The Age of Resilience: Reimagining Existence on a Rewilding Earth