In Connection Culture, Michael Lee Stallard writes about why meeting human needs is not only the right thing to do, but also leads to better business results.

Year after year, studies and surveys are done to measure employee engagement and happiness in the workplace. Without fail (or, more accurately, with fail) the results demonstrate that employers greatly misunderstand what truly makes their employees happy, and what makes employees value their time at work. Bosses still think that money and status are most important to their charges, but everyday workers instead answer that they want to be challenged, long for purpose in their work, and want to be a part of something bigger than themselves. This desire for connection is at the heart of Michael Lee Stallard’s new book, Connection Culture.

According to Gallup’s employee engagement research during the last decade, 70 to 74 percent of American workers are not engaged in their jobs. Globally, that percentage rises to 87 to 89 percent (Gallup 2013). Disengaged people show up for the paycheck, but don’t perform anywhere near what they are capable of if they were in a culture that energized and engaged them.

That number is insane. And if Stallard is right (Stallard is right) this means that almost three out of every four employees aren’t contributing anywhere close to their full potential because most company cultures do not, to put is simply, value its people enough to engage them.

In the tradition of authors like Rich Karlgaard (The Soft Edge), Michael Lee Stallard believes wholeheartedly that what have come to be defined as “soft leadership” qualities are the ones that truly make a difference within organizations—connection cultures simply outperform what he calls “power cultures” and “cultures of indifference.” And what I love about his book is that Stallard gets straight to the point and speaks with authority about what may be boiled down to basic human decency.

In a connection culture people care about others and care about their work because it benefits other human beings. They invest the time to develop healthy relationships and reach out to help others in need, rather than being indifferent to them.

Why is connection so powerful? Because humans are not machines—we have emotions, hopes and dreams, and a conscience. Humans also have universal needs that must be met in order to thrive. it’s important to understand that these are needs not just wants (or desires).

To be clear, Stallard would love for every company to foster an environment of respect and decency because it’s the right thing to do. But Stallard is also not naive, knowing that it’s incumbent on thought leaders to prove that connection cultures also provide the best long-term results. Connection is not wishy-washy, it’s good business.

There are six basic needs every worker, and every human in any context, need met in order to perform at their best. They are respect, recognition, belonging, autonomy, personal growth, and meaning. The numbers are clear, too, that organizations that meet these needs see better performance from their employees. Companies with top engagement scores, for instance, are “21 percent higher in productivity, 22 percent in higher profitability, 37 percent lower in absenteeism” and employees who “feel engaged and connected are 87 percent less likely to leave an organization.”

Once Stallard establishes the importance of connection through research in a myriad of different fields—business, psychology and neuroscience, etc—he devotes the rest of the book to making it clear how leaders can create a connection culture. He lays the groundwork then uses examples of companies and organizations that have successfully built connection cultures. You’ll notice that most of these companies end up on various “Best Places to Work” lists, and it’s no shock that best places to work also tend to be high-performing and lasting, enduring companies.

Connection Culture is a quick read. Including introduction, three appendices, index and acknowledgements, the page count only comes to 168, so there’s no reason you can’t knock this book out in a night or two. So, rather than dig further into what exactly is a connection culture, I want to share from the book what might be the most powerful example:

Head of The Tata Group until he retired in 2012, Ratan Tata’s response to the November 26, 2008, terrorist attack on the Tata-owned Taj Mahal Palace and Tower Hotel in Mumbai, India, showed how much he valued his employees. Dependents of the 80 employees who were affected were flown to Mumbai and housed for three weeks. Tata personally visited all of their families and attended the funerals of those who died. He also provided counseling for his employees and their families and forgave any outstanding loans to the affected employees. In addition, he established a trust fund so that dependents of those who died would continue to receive the deceased person’s salary for life, the education of his or her children and dependents would be paid for, and the families would receive healthcare for the remainder of their lives.

This seems unfathomable in a business landscape where long-promised pensions are simply disappearing, 9/11 first responders and their families have spent over a decade fighting for proper care, and the wage gap perpetually widens.

We have a long, long way to go to even approach the generosity shown by Ratan Tata becoming standard operating practice. But if more people like Stallard keep writing books, demonstrating with concrete examples that connection is important, that people matter, then maybe we have a chance.

Connection Culture: The Competitive Advantage of Shared Identity, Empathy, and Understanding at Work 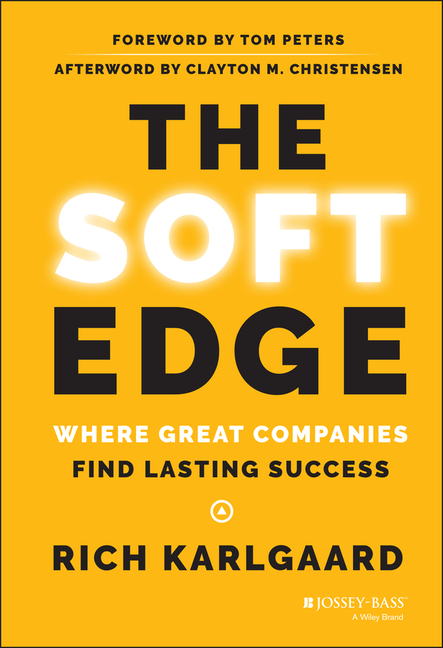