The term “Davos Man” was popularized over a decade ago, derived from the ultimate gathering in global capitalism: the World Economic Forum, which convenes every January in the Swiss Alps ski resort of Davos. Over the years, Davos Man has become shorthand for those who occupy the stratosphere of the globe-trotting class, the billionaires who effectively wield influence over the political sphere while advancing a notion that has captured decisive force across major economies: When the rules are organized around maximizing profits for corporations, everyone comes out ahead. Davos Men are a tribe who—at least on the most consequential issues—act together to protect their own interests, typically at the expense of everyone else.

In this groundbreaking book, Peter S. Goodman argues that the history of the last half-century in America, Europe, and other major economies is in large part the story of wealth flowing upward, as Davos Men emerged from the triumph of the Cold War to loot the peace, depriving governments of the resources needed to serve their people, and leaving them woefully unprepared for the worst pandemic in a century. Then Davos Men exploited the chaos of the public health emergency to redouble their position, strengthening their place in a global economic system that was already engineered to safeguard and advance their fortune.

Paying particular attention to key Davos Men, including Jeff Bezos, Steven Schwarzman, Jamie Dimon, and Richard Branson, Goodman explores how these billionaires have benefited from the pandemic, and how their actions have destabilized countries and increased inequality. Combining investigative journalism, historical background, and economic analysis, Davos Man seeks to provide clarity on a central question of this moment—how did we get here?—while also positing a solution to how we can move forward to address inequality, in the interest of finding a more stable and inclusive form of capitalism.

Gangsters of Capitalism: Smedley Butler, the Marines, and the Making and Breaking of America's Empire by Jonathan M. Katz, St Martin's Press (DJJS)

A groundbreaking journey tracing America’s violent and forgotten path to world power, told through the extraordinary life of a Marine who was there at every step of the way.

Smedley D. Butler was the most celebrated warfighter of his time. Bestselling books were about him. Hollywood adored him. Where the flag went, “The Fighting Quaker” went—serving in every major overseas conflict from the Spanish-American War until World War II. Butler boasted two Medals of Honor, seized the Philippines and land for the Panama Canal, led troops in China, and invaded and occupied Nicaragua, Haiti, Cuba, Puerto Rico, Mexico, and more. Yet in retirement, Butler could only sum up his career with dismay: "I was a racketeer for capitalism.”

Award-winning author Jonathan Myerson Katz travelled across the world—from China to Central America, the Mexico border to Guantánamo Bay—and pored over personal letters of Smedley Butler, his fellow Marines, and Butler’s Quaker family on the Philadelphia Main Line. Along the way, Katz sees the legacies of the Marines’ actions are still alive: meeting a Sandinista commander in Nicaragua, a martial arts lesson from a Chinese devotee of the Boxer Rebellion, and playing a P.O.W. in a Filipino movie about their "American War." Tracing a path from the first great wave of U.S. overseas expansionism in 1898, to the rise of fascism in America in the 1930s, to the upheaval in our own time, Gangsters of Capitalism is an urgent telling of a formative era most Americans never learned about, but much of the world can never forget.

Jump: My Secret Journey from the Streets to the Boardroom by Larry Miller with Laila Lacy, William Morrow (GMC)

Jump tells Larry Miller’s journey from the violent streets of West Philly in the 1960s to the highest echelons of American sports and industry. Miller wound up in jail more than once, especially as a teenager. But he immersed himself in the educational opportunities, eventually took advantage of a Pennsylvania state education-release program offered to incarcerated people, and was able to graduate with honors from Temple University.

When revealing his gangland past caused him to lose his first major job opportunity, Miller vowed to keep it a secret. He climbed the corporate ladder with a number of companies such as Kraft Foods, Campbell’s Soup, and Jantzen, until Nike hired him to run its domestic apparel operations. Around the time of Michael Jordan’s basketball retirement, Nike Chairman Phil Knight made Larry Miller president of the newly formed Jordan Brand. In 2007 Paul Allen convinced Miller to jump to the NBA to become president of the Portland Trailblazers, one of the first African-Americans to lead a professional sports team, before returning to Jordan Brand in 2012.

All along, Miller lived two lives: the secret of his violent past haunted him, invading his days with migraines and his sleep with nightmares of getting hauled back to jail. More than a rags-to-riches story, Jump is also a passionate appeal for criminal justice reform and expanded educational opportunities for incarcerated and formerly incarcerated people across the United States. Drawing on his powerful personal story, as well as his vast and well-connected network, Miller plans to use Jump as a launching point to help expand such opportunities and to provide an aspirational journey for those who need hope.

When Laura Coates joined the Department of Justice as a prosecutor, she wanted to advocate for the most vulnerable among us. But she quickly realized that even with the best intentions, “the pursuit of justice creates injustice.”

Through Coates’s experiences, we see that no matter how fair you try to fight, being Black, a woman, and a mother are identities often at odds in the justice system. She and her colleagues face seemingly impossible situations as they teeter between what is right and what is just.

On the front lines of our legal system, Coates saw how Black communities are policed differently; Black cases are prosecuted differently; Black defendants are judged differently. How the court system seems to be the one place where minorities are overrepresented, an unrelenting parade of Black and Brown defendants in numbers that belie their percentage in the population and overfill American prisons. She also witnessed how others in the system either abused power or were abused by it—for example, when an undocumented witness was arrested by ICE, when a white colleague taught Coates how to unfairly interrogate a young Black defendant, or when a judge victim-blamed a young sexual assault survivor based on her courtroom attire.

Through these revelatory and captivating scenes from the courtroom, Laura Coates explores the tension between the idealism of the law and the reality of working within the parameters of our flawed legal system, exposing the chasm between what is right and what is lawful. 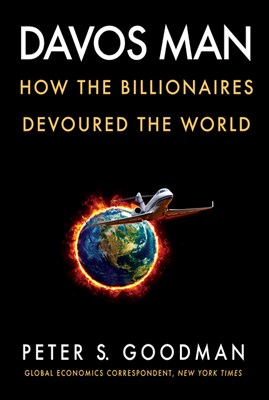 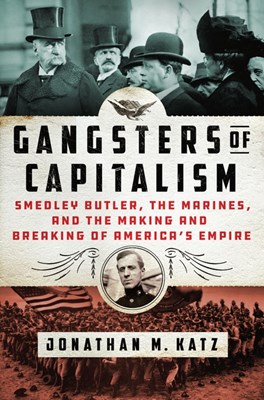 Gangsters of Capitalism: Smedley Butler, the Marines, and the Making and Breaking of America's Empire 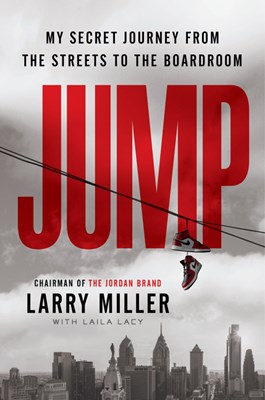 Jump: My Secret Journey from the Streets to the Boardroom 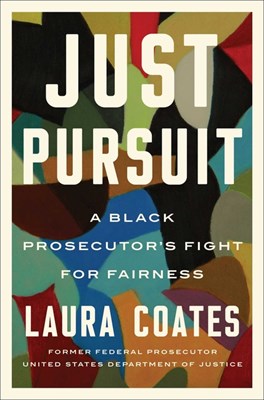