Are you tired of hollow promises about diversity, equity, and inclusion in your organization? Do you want to take steps towards real change – beyond issuing mission statements, signing checks, and holding listening sessions – but don’t know where to start? This book is your answer. Designed for teams to read together, Actions Speak Louder offers a comprehensive blueprint for leaders and teams who are ready to get out of their own way, look at their surroundings with new eyes, and turn their energy into a concrete plan. Renowned DEI consultant Deanna Singh has led diversity trainings for a wide range of organizations, from non-profits to Fortune 500 companies. Using narratives, case studies, and the latest DEI research, as well as interactive exercises, Singh will teach you how to:

As Singh has seen time and time again, any organization can meaningfully change – you just need the right tools.

Except for Palestine: The Limits of Progressive Politics by Marc Lamont Hill & Mitchell Plitnick, The New Press (JAG)

In this major work of daring criticism and analysis, scholar and political commentator Marc Lamont Hill and Israel-Palestine expert Mitchell Plitnick spotlight how one-sided pro-Israel policies reflect the truth-bending grip of authoritarianism on both Israel and the United States. Except for Palestine argues that progressives and liberals who oppose regressive policies on immigration, racial justice, gender equality, LGBTQ rights, and other issues must extend these core principles to the oppression of Palestinians. In doing so, the authors take seriously the political concerns and well-being of both Israelis and Palestinians, demonstrating the extent to which U.S. policy has made peace harder to attain. They also unravel the conflation of advocacy for Palestinian rights with anti-Semitism and hatred of Israel.

Hill and Plitnick provide a timely and essential intervention by examining multiple dimensions of the Israeli-Palestinian conversation, including Israel’s growing disdain for democracy, the effects of occupation on Palestine, the siege of Gaza, diminishing American funding for Palestinian relief, and the campaign to stigmatize any critique of Israeli occupation. Except for Palestine is a searing polemic and a cri de coeur for elected officials, activists, and everyday citizens alike to align their beliefs and politics with their values.

The Man Who Broke Capitalism: How Jack Welch Gutted the Heartland and Crushed the Soul of Corporate America—and How to Undo His Legacy by David Gelles, Simon & Schuster (DJJS)

In 1981, Jack Welch took over General Electric and quickly rose to fame as the first celebrity CEO. He golfed with presidents, mingled with movie stars, and was idolized for growing GE into the most valuable company in the world. But Welch’s achievements didn’t stem from some greater intelligence or business prowess. Rather, they were the result of a sustained effort to push GE’s stock price ever higher, often at the expense of workers, consumers, and innovation. In this captivating, revelatory book, David Gelles argues that Welch single-handedly ushered in a new, cutthroat era of American capitalism that continues to this day.

Gelles chronicles Welch’s campaign to vaporize hundreds of thousands of jobs in a bid to boost profits, eviscerating the country’s manufacturing base and destabilizing the middle class. Welch’s obsession with downsizing—he eliminated 10% of employees every year—fundamentally altered GE and inspired generations of imitators who have employed his strategies at other companies around the globe. In his day, Welch was corporate America’s leading proponent of mergers and acquisitions, using deals to gobble up competitors and giving rise to an economy that is more concentrated and less dynamic. And Welch pioneered the dark arts of “financialization,” transforming GE from an admired industrial manufacturer into what was effectively an unregulated bank. The finance business was hugely profitable in the short term and helped Welch keep GE’s stock price ticking up. But ultimately, financialization undermined GE and dozens of other Fortune 500 companies.

Gelles shows how Welch’s celebrated emphasis on increasing shareholder value by any means necessary (layoffs, outsourcing, offshoring, acquisitions, and buybacks, to name but a few tactics) became the norm in American business generally. He demonstrates how that approach has led to the greatest socioeconomic inequality since the Great Depression and harmed many of the very companies that have embraced it. And he shows how a generation of Welch acolytes radically transformed companies like Boeing, Home Depot, Kraft Heinz, and more. Finally, Gelles chronicles the change that is now afoot in corporate America, highlighting companies and leaders who have abandoned Welchism and are proving that it is still possible to excel in the business world without destroying livelihoods, gutting communities, and spurning regulation.

Immigration is one of the most fraught, and possibly most misunderstood, topics in American social discourse—yet, in most cases, the things we believe about immigration are based largely on myth, not facts. Using the tools of modern data analysis and ten years of pioneering research, new evidence is provided about the past and present of the American Dream, debunking myths fostered by political opportunism and sentimentalized in family histories, and draw counterintuitive conclusions, including:

Using powerful story-telling and unprecedented research employing big data and algorithms, Abramitzky and Boustan are like dedicated family genealogists but millions of times over. They provide a new take on American history with surprising results, especially how comparable the “golden era” of immigration is to today, and why many current policy proposals are so misguided. 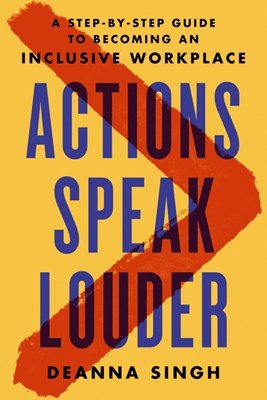 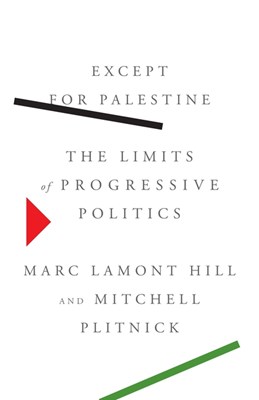 Except for Palestine: The Limits of Progressive Politics 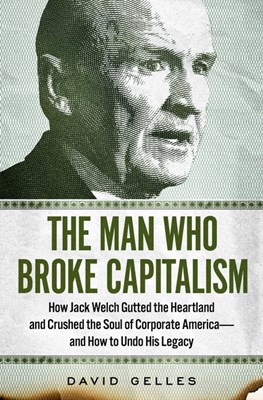 The Man Who Broke Capitalism: How Jack Welch Gutted the Heartland and Crushed the Soul of Corporate America—And How to Undo His Legacy 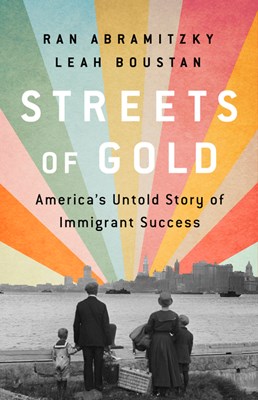