Can I Recycle This?: A Guide to Better Recycling and How to Reduce Single-Use Plastics by Jennie Romer, Illustrated by Christie Young, Penguin Books

Though most of our focus was redirected from the environment to the COVID19 pandemic in 2020, it's time we take small steps to getting back on track to caring for our planet. Just in time for Earth Day next week, this delightful, beautifully illustrated little guide is one I can imagine myself picking up almost every day.

While it's easy to advise someone to recycle, the details of what can be recycled and why are lost on a lot of people. I'm very surprised that in the seven years I've lived in Milwaukee, I've only received an information pamphlet about proper recycling etiquette about three times. In a utopian world, a (recycled) copy of Can I Recycle This? would be distributed to every household.

You'll learn about the properties of everyday plastics: the two main types of takeout containers (and which one can be recycled), the recycling processes of anything from metal bottle caps to pizza boxes to office paper, as well as the environmental and community impacts of pollution and how to get involved in future plastics policies! You might know the negative effects on ocean life that plastic pollution and industrial waste has, but did you know that Black Americans are 75% more likely to live in areas directly affected by pollutants from industrial facilities?

In every corner of the planet, our single-use plastics and the production of them are destroying lives and nonrenewable resources. As always, the best way to reduce the waste is to be mindful of what you buy in the first place, but for those things you can't live without, Can I Recycle This? will help you make sure it gets disposed of safely. (GMC)

Empire of Pain: The Secret History of the Sackler Dynasty by Patrick Radden Keefe, Doubleday

I read recently about how “The Meghan and Harry interview had another disturbing element for U.K. viewers: Pharmaceutical ads.” It seems that the constant onslaught of such ads is a uniquely American phenomenon and can be shocking to those who live in countries where they are not allowed. (I am just old enough to remember similar dismay myself when they started popping up on our televisions here in the late ‘90s.)

Arthur Sackler died a decade before prescription drug ads were allowed to air on television, but he was a pioneer of pharmaceutical advertising. It is something the company he bought and ran with his brothers Mortimer and Raymond, Purdue Pharma, excelled at even after his death. The company used more traditional avenues, marketing their drugs directly to the medical establishment and the doctors who would prescribe them, and it would lead to Purdue’s greatest commercial success, OxyContin. But, like the long list that accompanies every prescription drug ad on television, the company and the family’s financial success had terrible side effects, helping create the opioid epidemic in America that we are still in the grips of today.

I have read quite a few great and heart wrenching books about the scourge of OxyContin and its role in the opioid epidemic (Beth Macy’s Dopesick tops the list)—enough that I don’t really want to read any more because they are so full of pain. But Patrick Radden Keefe’s Empire of Pain is different. It focuses on the multigenerational family saga of the Sacklers. The Sackler story has also been told before (Anand Giridharadas’s Winner’s Take All comes to mind) but never so thoroughly and completely and in all its complexity. It is a large book, and I am still digging in, but like the best literary journalism and biography, it is already digging its hooks into me and not letting go. Unfortunately, the same can be said of the drug Purdue Pharma unleashed on the world. Patrick Radden Keefe’s new book adds to the story of the drug’s effect on society by more fully telling the story of the family behind the company that released and profited from it. (DJJS)

Though I'm thankful for my job at Porchlight for many reasons, one that I've been thinking of a lot recently is the company's ratio of women to men. It's rare to see nearly equal gender representation in the workplace, but it's even more rare to be led by a female Owner, President, & CEO and a female Managing Director. Glass Half-Broken reveals some of the discouraging statistics of the current corporate climate around the world:

The proportion of female CEOs struggles to break 10 percent across a variety of indices. The gender pay gap is showing little movement, largely because high-paying jobs are the most gender-imbalanced. Today's most remunerative fields, particularly high finance and tech, are also those where women are most scarce. But even in fields that employ roughly equal proportions of men and women or where women actually make up the majority, leadership ranks remain male-dominated.

Harvard Business School's Gender Initiative Director, Colleen Ammerman, with Boris Groysberg, a professor of business administration in the Organizational Behavior unit, hope to guide individuals and institutions to improving women's chances at securing leadership positions. And theirs are not the only voices in this book. There are also inspiring profiles of women and the companies they work for like Ana Paula Pessoa, a Brazilian woman who worked her way up to executive at "the largest media company in South America." This book identifies some eye-opening, persistent issues restricting women's advancement in the workplace such as the way that men in power are less likely to think that female candidates are qualified for jobs than if women were in the hiring position. Then, it follows up with ways that each of us and the organizations we work for can lead that systemic change: "nurturing relationships with employees who are different from you," conducting interviews by the same format and rubric, and implementing bias education for all employees. The pandemic has proven that workplaces are more flexible than we may have believed before, so I hope this means they are open to making the difficult but worthwhile changes for improving inclusivity as well. (GMC)

You might know a part of Chris Gardner’s life story as it was portrayed by Will Smith in the movie The Pursuit of Happyness, based on Gardner’s book of the same name. That book tells of how he, along with his son, navigated homelessness on the streets of New York while making his way into a career on one of its most famous streets—Wall Street. His new book, Permission to Dream, is focused on the next generation, telling the story of an expedition “Beyond the Wall” (Gardner is, like so many of us, a huge Game of Thrones fan) on an abysmally cold Chicago day with his granddaughter to procure “the harmonica of her dreams.” It is a tale that touches on his own success story once again as he imparts lessons to his granddaughter, passing along the lessons his mother taught him, those that he has learned along the way to achieving his dream—and so much more. They are all lessons he is uniquely able to distill in succinct and memorable ways.

It is all about the permission to dream, yes, but also about how to make that dream come true, beginning with speaking it into existence. As he writes of this day with his granddaughter:

One of the lessons I most hoped she would remember from this day was … that nothing really comes to those who are afraid to ask. What begins with a dream—whether the dream is for yourself or for someone you love, for your community, for your country, or for your world—has to be spoken into existence.

The journey, like the journey to realizing his own American Dream, is not without complications, setbacks, and pain. But wrapped in the story of one adventurous day is also a larger vision, a new vision, of the American Dream. After a year that exposed so many cracks in it, it this book provides us permission to dream it anew, and the power to bring it into being for ourselves by acting on it today. (DJJS) 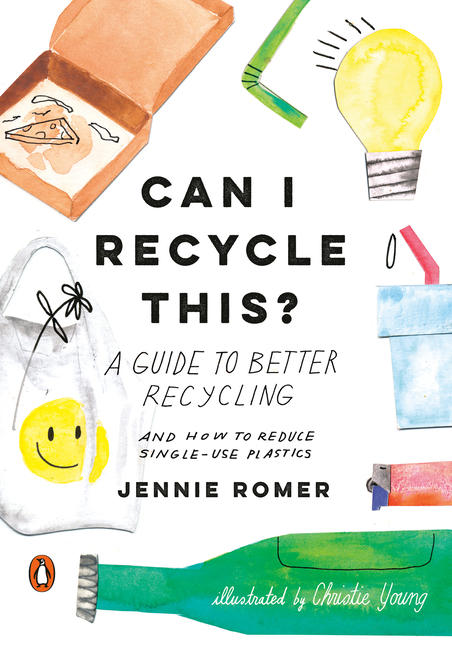 Can I Recycle This?: A Guide to Better Recycling and How to Reduce Single-Use Plastics 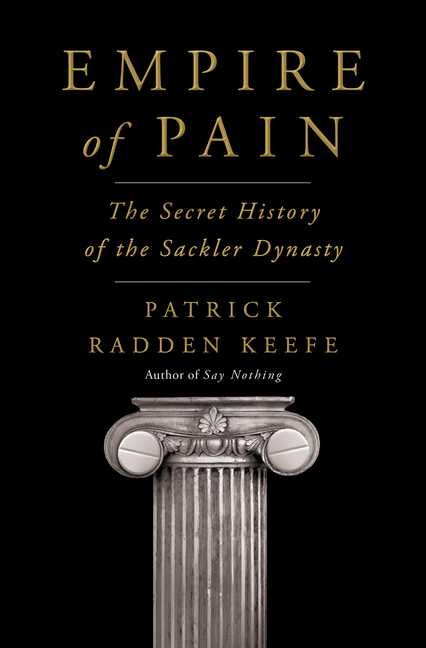 Empire of Pain: The Secret History of the Sackler Dynasty 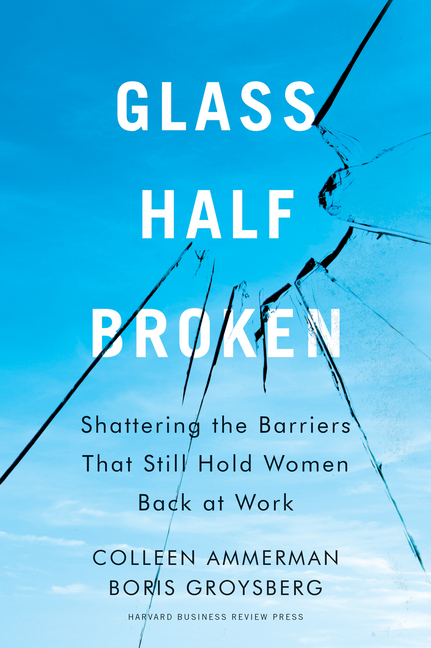 Glass Half-Broken: Shattering the Barriers That Still Hold Women Back at Work 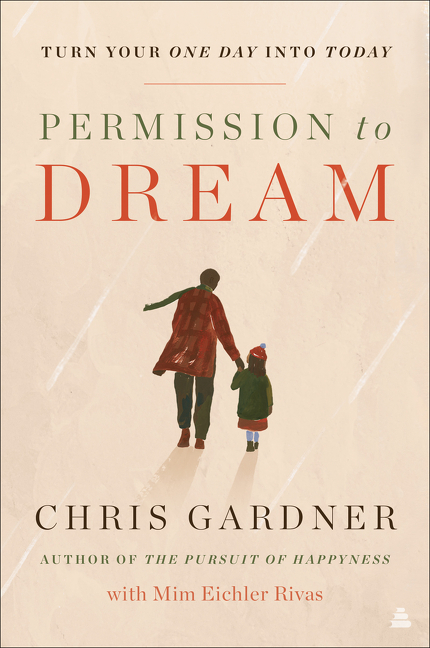