Beyond the North Wind: Russia in Recipes and Lore by Darra Goldstein, Ten Speed Press

I am from North Dakota, a part of America that spends fully half the year in winter. So when I opened Darra Goldstein’s latest Russian cookbook to find rows of houses covered in snow, forests of leafless birch trees, and skies filled with aurora borealis, I felt instantly at home—even though I have eaten very little Russian food. As the founding editor of the journal Gastronomica, author and editor of 17 cookbooks, and a longtime lover of Russian culture and cuisine, Goldstein is an excellent guide into this (new to me) world. Here, she side-steps the “grand dishes” of the Russian aristocracy, instead showcasing the foods of the Russian countryside “that are organic and honest, many of them old foods that feel new again in their elegant minimalism.” These culinary traditions that go back a thousand years focus on fermentation, pickling, whole grains, cultured dairy products, and vitamin-rich foraged plants. And though my clearly outdated notion of Russian food is meat-heavy, these recipes are surprisingly vegetable-forward, such as fermented oatmeal (which you can tend to like a sourdough starter), roasted radishes with garlic and caraway, and barley-rye cakes baked on cabbage leaves. Filled with rich history and evocative photography of the countryside, people, and food of Russia; Beyond the North Wind will make you rethink your notions of Russian cuisine. (BRM)

How to Be a Bad Emperor: An Ancient Guide to Truly Terrible Leaders by Suetonius, edited by Josiah Osgood, Princeton University Press

Roman biographer Gaius Suetonius Tranquillius entered the imperial service as an advisor on literary affairs and director of Rome’s public libraries (which sounds like a dream job) before rising to become secretary of correspondence, a post from which he had an up close view of the emperor, the intrigues of his entourage, and the affairs of state. That he was eventually dismissed for being “more familiar with Hadrian’s wife that the emperor deemed suitable” is, perhaps, itself illustrative of such intrigue. We learn all this in Josiah Osgood’s introduction to his new selections from, and translation of, Suetonius’s Lives of the Caesars, and the fall of Suetonius is mild and innocent in comparison to the scandalous and monstrous behavior of the emperors he chronicled. But why this new edition?

The stories of the bad emperors and the weird worlds they constructed make for an entertaining selection. They are also a meditation on how the acquisition of power may not so much corrupt, as the old adage has it, as allow our own worst qualities to slide out and harm us. Unrestrained power may be thrilling, but in the end proved ineffective.

It is, Osgood suggests, “a reversal of the usual self-help formula” in leadership books. With chapter headings like “Ignore Bad Omens … and Your Wife” (Julius Caesar and the Ides of March) and “Spend All Your Time At Your Resort,” (Tiberius holing up on the isle of Capri) Osgood’s selections not only detail massive abuses of power, but the personal arrogance and vanity, cruelty and depravity that was amplified into such abuses when power was almost absolute. (DJJS)

The Power of Disability: 10 Lessons for Surviving, Thriving, and Changing the World by Al Etmanski, Berrett-Koehler

Al Etmanski upends the usual self-help formula, as well, but he does so by telling the stories of a largely “untapped and underappreciated source, people in the disability community.” Etmanski—a disability activist, community organizer, social entrepreneur, and author—explains early on that his new book isn’t really about disability, but about life. And he has found that the disability community and movement that welcomed him after he welcomed a daughter with down syndrome into the world offered some of life’s best lessons. He believes that:

The time has come to recognize people with disabilities for who they really are: authoritative sources on creativity, resilience, love, resistance, dealing with adversity, and living a good life.

This book does that. In sharing the stories of an incredibly diverse set of individuals, he shows how independence is only possible through our interdependence, how unity comes from embracing our differences, how opportunity is extended through a nurturing environment and expanded justice. He also tells stories of how opportunity, inventiveness, ingenuity, and clarity can arise out of adversity—while never glossing over the struggles that people face or the need to address them more collectively and more fully as a society. Perhaps it won’t surprise you that two of our most transformational presidents, individuals who led the nation through some of its most challenging chapters, were individuals with a disability—Lincoln with clinical depression and FDR with polio. The “advantages that people with disability offer,” Etmanski writes, “are the perfect remedy for the troubled times we live in,” and after what I’ve read so far, I couldn’t agree more. (DJJS)

Stop Telling Women to Smile : Stories of Street Harassment and How We're Taking Back Our Power by Tatyana Fazlalizadeh, Seal Press

It's ridiculous to think about all the times women (and sometimes even young girls) are whistled at, followed, touched, or called after, and even more ridiculous that we've been told to "just ignore it." It's a global and long-lasting epidemic that I've experienced first-hand, through friends, and even from strangers online.

Eight years ago, Fazlalizadeh began "Stop Telling Women to Smile" as a street art poster series, uniting the voices and faces of women to confront those that harass them. "When people see my posters, they aren't just seeing a woman's face but also hearing her voice, and knowing her truth." She uses this book to invite a larger audience into understanding why women shouldn't be told to smile, and she includes chapters about nine women's and one nonbinary person's experiences with harassment, the power and impact of public art, and prints of the posters that were her first public denouncements of harassment, first proclamations of female empowerment, first calls for all women to be respected and heard. Though it saddens me that I missed out on seeing her artwork out in the world, this book makes me very glad Fazlalizadeh is continuing to push the public to engage in this always timely conversation. (GMC)

When My Time Comes: Conversations About Whether Those Who Are Dying Should Have the Right to Determine When Life Should End by Diane Rehm, Knopf

Death is difficult and complicated. As is it difficult and complicated to understand wanting to die. But this book, soon to be a documentary, incorporates the many perspectives on assisted death in, as expected, an emotionally heavy way, but also with a gentle and compassionate tone that doesn’t confront nor offend. This book is small but important.

The preface puts the reader into the author's somber childhood memories of her mother slowly dying, weeks spent in bed suffering from cirrhosis of the liver. And that was 1955. "Right to die" laws weren’t adopted by any US state until 1998, and “there was nothing more they could do to ease her pain or to keep her comfortable. She died suffering “. It's clear within the first four pages that, in certain circumstances at least, individuals should be able to choose when to end that suffering early. But death, as mentioned, is complicated, and there's so much more to assisted death that longtime NPR host and author Diane Rehm does a wonderful job of explaining.

Rehm presents perspectives from "patients with terminal illnesses, doctors, nurses, ethicists, and those left behind," which gives the great debate about ending one's own life more than the clinical outlook that we sometimes adopt when dealing with the fear-inducing idea of death. I'm already excited to see the documentary companion to When My Time Comes, but I think this small book does a fantastic job of providing a very comprehensive scope of assisted death that will hopefully spur conversation and persuade lawmakers "of the legitimacy of the individual's right to determine the time for life to end" as well as help us all "be more at ease in the belief that death is an integral part of life." (GMC) 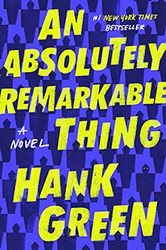 “I just finished reading An Absolutely Remarkable Thing by Hank Green. It takes an in-depth look at how social media affects our lives, and how we, as humans, interact with and crave attention. It's a fast-paced read filled with adventure, suspense, and things that are truly out of this world. Green's debut novel takes an honest look at what it means to be human in a world filled with change that oftentimes feels bigger than ourselves." —Lauren Kohlenberg, Digital Support Specialist 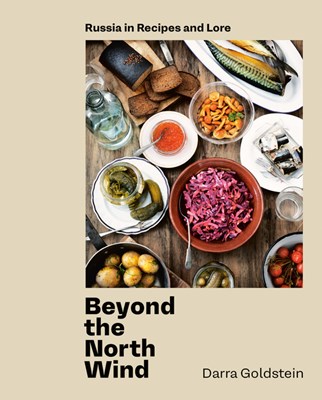 Beyond the North Wind: Russia in Recipes and Lore [a Cookbook] 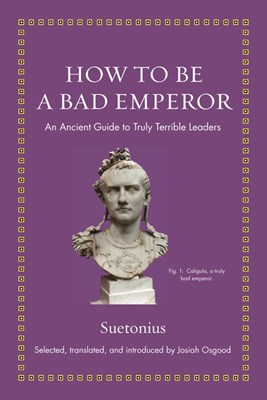 How to Be a Bad Emperor: An Ancient Guide to Truly Terrible Leaders 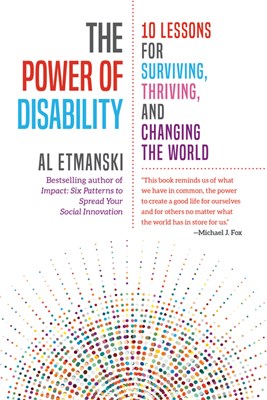 The Power of Disability: 10 Lessons for Surviving, Thriving, and Changing the World 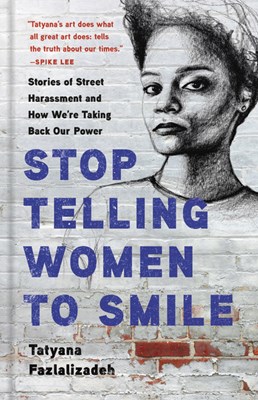 Stop Telling Women to Smile: Stories of Street Harassment and How We're Taking Back Our Power 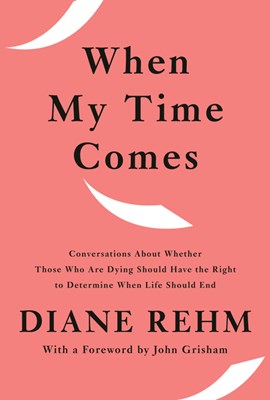 When My Time Comes: Conversations about Whether Those Who Are Dying Should Have the Right to Determine When Life Should End 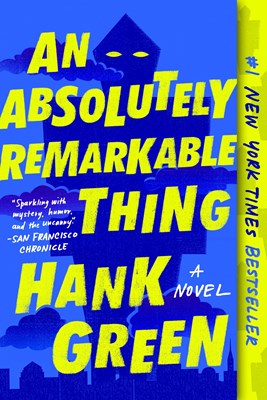