From the River to the Sea: The Untold Story of the Railroad War That Made the West by John Sedgwick, Avid Reader Press

The people we remember and the personalities we celebrate are usually those who have a knack for making a name for themselves, but they are not always the most impactful in their own era or in what they leave behind. General William Jackson Palmer was a celebrated Civil War hero, a man who agonized over and eventually ignored his Quaker religion's commitment to pacifism to fight in the cause of abolishing slavery. When he returned to railroading after the war, it was with a now famous name, a lofty vision, and a familial company he had complete control over as sole proprietor. William Barstow Strong managed a railroad owned by distant investors and his story teaches us more about the rise of the modern corporation than the rise of one man. Their paths would very literally cross as the railroads they led did, and the competition between them, their companies, and what they represented, would be fierce. Because they chose competition over cooperation, only one could win:

Would it be Strong or the General? The manager or the proud papa? The corporations or the sole proprietor? The machine or the man? Would it be mass-produced or hand-crafted? Driven by greed or inspiration? There was much at play, and all of it fed a conflict that spun out from the personal to the professional to the existential and eventually led to an armed conflict that resulted in the longest, most expensive, and most destructive railroad war in American history.

As Deirdre Mask wrote in The Address Book, “memorializing the past is just another way of wishing about the present.” In that sense, perhaps remembering and celebrating the life, ideals, and vision of General Palmer is proper. But to not know what William Barstow Strong did to connect the country and build its commercial history is to miss a big part of the story and our history. If for no other reason, though, I’d suggest the book because it is wonderfully written and wildly entertaining, full of drama, suspense, and action. It is, quite simply, a page-turner. (DJJS)

The Power of Giving Away Power: How the Best Leaders Learn to Let Go by Matthew Barzun, Optimist Press

If you’ve read a lot of business books, you have likely encountered the same examples used in many different books. They are used in different contexts and for different reasons, and I’ve come to believe that seeing companies and individual leaders profiled from many (sometimes opposing) perspectives in different books is one of the great things about reading the genre. But it’s also refreshing to pick up a book that uses examples you’ve never come across before. And, in Matthew Barzun’s new book, I can honestly say that I am learning about people and ideas for the first time. It makes sense, because most of the leaders he profiles did not seek the limelight and succeeded by empowering others rather than hoarding it in themselves. Rather than trying to exert control and impose order amidst uncertainty, they empowered others and built systems that would thrive amidst uncertainty.

All we have to do is look around and see that there are other kinds of leaders who have adopted a very different mindset about uncertainty. They don’t try to ignore it, avoid it, or factor it out. They factor it in—radically. They do this not by hoarding power, but by doing the opposite—by giving it away. In this way, they turn the anxiety of uncertainty into the energy that drives diverse groups of people to build unbelievably big things together.

The creation and evolution of the seal of the United States—a contrast between the “constellation” that was once on the front and the “pyramid” on the back—is a theme throughout, which lends the book a National Treasure vibe, unearthing important pieces of our history, but without the crazy conspiracies attached. Instead, he unearths unheralded leaders like Mary Parker Follet, a natural counter to Frederick Taylor and “scientific management,” and a woman both Peter Drucker and Warren Bennis cited as their major influence (but who I’d honestly never read about before). You’ll learn about Dee Hock, who couldn’t seem to stick on at any of the banks he worked for because he advised borrowers to be prudent, but who devised the system of trust and empowerment of smaller banks and institutions that made the modern credit card system work. There is so much more, including Barzun’s own story as a businessperson, working on the Obama campaign, and as an ambassador to England. But it always comes back to the idea of the constellations, and an example of “power [that] comes from those things we do with our greatest sense of participation and involvement, those things we care about most and can never win: relationships.”  (DJJS)

Unraveled: The Life and Death of a Garment by Maxine Bédat, Portfolio

It's interesting that both my picks for this week expose huge industries built from basic human needs (food and fashion) for their unsustainability. In Unraveled, Maxine Bédat, founder of The New Standard Institute, guides readers through the six stages of a garment's existence: fiber creation, yarn & textile creation, cut & sew, distribution, purchase, and disposal. Incorporating her own experiences such as visiting the owners of an organic cotton plantation in Texas and the kayayei, "the invisible heroines, and victims, of the end-of-life stage of clothing" in Kantamanto where they haul 121 pound bales of clothing on their heads with babies on their backs in Ghana. This book is much more political than an episode of How Did This Get Made might make the topic, which is what makes it so impactful.

I, myself, mainly buy used clothing to avoid many of the issues that Bedat exposes in the fashion industry. But it's good to know that her company and a few others are creating new garments sustainably and transparently. We can't just wait around and expect other companies to follow suit, because as Bédat points out:

Companies do not have a clear understanding of their own supply chains, and many manufacturers are not exactly willing to throw their doors open for scrutiny.

It should come as no surprise that Amazon is a part of this conversation as well, since it sells Americans almost anything they could ever want and need, but they also design clothing and have been pushing to get into the high fashion business for 10 or so years. And much like America's addiction to Amazon Prime's next day delivery, we really love the budget-friendly (though not environmentally friendly) fast fashion that pops up in our daily Facebook and Instagram timelines, too. There are so many gross marketing tactics that the fashion industry employs that, without seeing them all exposed in a book, would probably just sit in my subconscious. Ideally, someday we won't have to seek out these exposés in order to feel okay about buying a pair of jeans, but until then, I'm very glad that Bédat's book and The New Standard Institute can help us make more informed decisions. (GMC)

We Are What We Eat: A Slow Food Manifesto by Alice Waters, Penguin Press

Alice Waters opened her restaurant Chez Panisse in 1971, a time when reckonings for human rights were taking various forms: the civil rights marches, the grape boycott, the book Silent Spring. Though she didn't realize it, these grassroots efforts informed her own decisions for her restaurant's business and the culture that they promoted from their customers:

Further inspired and guided by the Slow Food International organization in Italy, Waters explores how food "can enhance our communities, humanize our institutions, and help heal and replenish the besieged environment." She uses her restaurant's practices as examples of better ways to reconnect communities with good food throughout the book, but they don't seem too much like advertisements. Especially because she asserts that the restaurant's marketing relies mostly on word of mouth and that reliance on advertising to determine something's worth is one of the unsavory side effects of America's fast food culture—among other subconscious side effects like that:

everything should be available to us, all the time; that more is always better; that food should look and taste the same, wherever we are in the world, no matter the season; that time is money, and speed should be cherished above all else; that our choices, food-related and otherwise, have no consequences.

Waters make the alternatives to fast food culture clearly more appetizing and, arguably, necessary. Whether you're a restauranteur or a consumer, food is something we need at least a few times every day, so improving the decisions we make on where to buy our food from can make a huge impact. (GMC) 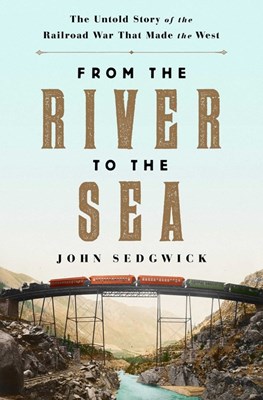 From the River to the Sea: The Untold Story of the Railroad War That Made the West 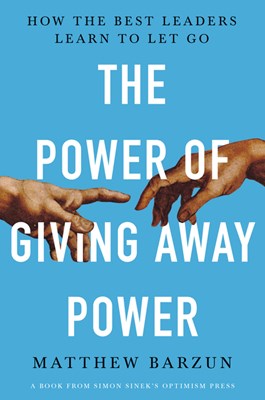 The Power of Giving Away Power: How the Best Leaders Learn to Let Go 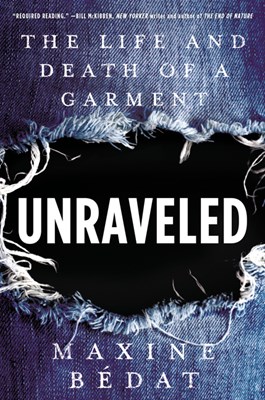 Unraveled: The Life and Death of a Garment 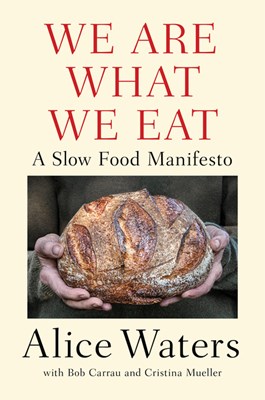 We Are What We Eat: A Slow Food Manifesto