Barrio America: How Latino Immigrants Saved the American City by A. K. Sandoval-Strausz, Basic Books | This book is a gripping, necessary, and eye-opening addition to the voices calling for equality in America. Award-winning historian and author A.K. Sandoval-Strausz need not raise his voice to convince you that migrants were and are integral to the growth and revitalization of previously dangerous neighborhoods in American cities. His research focuses on two locations—Chicago's Little Village and Dallas's Oak Cliff—and vividly describes their deteriorated states and then reveals their unexpected saviors. In a country divided by "them" versus "us," it is so refreshing to read that "the arrival of tens of thousands of people from Mexico and other Latin American countries had already begun to repopulate and revitalize the neighborhood as they supplanted departing residents." Barrio America is documentation of the resilience, power, and positive influence of Hispanic immigrants and migrants with a focus on the neighborhoods' individuals. It's a fact-based and more modest version of a from-rags-to-riches story that celebrates community and the underappreciated people who persevere and improve life in a place that may not always be particularly welcoming. (GMC)

Good Economics for Hard Times: Better Answers to Our Biggest Problems by Abhijit V. Banerjee & Esther Duflo, PublicAffairs | There is a popular argument in the immigration debate in this country (and many others) that we should only let in “high-skilled” workers who can contribute to the economy, but the data shows that it is such highly skilled workers who are more likely to take existing jobs away from those already here, and that “low-skilled” immigrants actually contribute more to growing the local economy and overall well-being of the communities they arrive in (see Gabbi’s write-up of Barrio America above for how this has played out in American cities). It is this kind of demystification, with data to back it up, that makes Good Economics for Hard Times such a cogent and necessary read. Nobel prize winning development economists Banerjee and Duflo examine the future of economic growth, the environmental costs it may entail, why the trade-off between the two is so tricky, and who should bear the cost of addressing climate change. They tackle issues from immigration and trade to the rise of automation, inequality, and nationalism worldwide. The simple fact is that “too many politicians do not try to hide their contempt for the poor and disadvantaged,” and they use that contempt as a way to divide us. The authors offer evidence that the best way to combat such prejudice—and the politicians that play into it—is to engage voters on other policy issues (particularly economic issues) that override allegiance to identity politics, and that put human dignity back at the center of our economic priorities and policy debate. It is a debate, the authors suggest, that we must all engage in, because even these economists believe that “Economics is too important to be left to economists.” (DJJS)

Hop, Skip, Go: How the Mobility Revolution Is Transforming Our Lives by John Rossant & Stephen Baker, Harper Business | John Rossant and Stephen Baker make a compelling case for why human mobility is the third stage of the digital age, following the digitization of information on the Internet and the proliferation of mobile devices that puts all that information and connectivity in our pocket. Broadening the picture beyond the rise of autonomous vehicles, the authors explain why “the biggest and richest arena for the Internet of Things will be mobility.” The difference in this third stage is that it will affect the bricks and mortar infrastructure of entire cities, rather than just the fortunes of brick and mortar retailers. It is a shift that also contains implications for our personal privacy, and that could exacerbate economic inequality and the rural-urban divide. But if done right, we could reimagine our urban landscape away from an automobile-centered economy, and the wasted space it dedicates to parking lots and widened freeways, the wasted time we spend stuck in traffic, and the wasted money we all spend on personally owned automobiles that sit dormant the majority of our days. Focusing in on four cities across four continents—LA, Dubai, Helsinki, and Shanghai—Rossant and Baker explore the car-centric design of our cities and how they are changing as a “once-in-a-century” opportunity to reimagine human mobility and civic infrastructure presents itself. (DJJS)

Secondhand: Travels in the New Global Garage Sale by Adam Minter, Bloomsbury | Donating our used goods should make us feel better about buying more, right? However, Adam Minter proves that second-hand stores can sometimes be just another way of putting our trash in someone else's backyard. There is a growing world population with a growing obsession for new, so what do we do with the rest? "Just twenty years ago China was a major importer of secondhand clothes; now it's a major exporter, with a huge supply that's driving down the price of used clothes [...] globally." With most of the focus on the after-lives of clothing and electronics which often float around the world for the longest, Minter interviews the owners of thrift stores, house cleaning companies, and other organizations that act as the second (and third and fourth...) hands for our hand-me-downs. The reliance we place on our possessions to assert our identities is unnerving, and Secondhand will hopefully make you think twice about how your purchases affect the economy, environment, and living spaces. (GMC)

A Year of Good Eating: The Kitchen Diaries III by Nigel Slater, Fourth Estate | As the late musical playwright Jonathan Larson once asked: How do you measure a year in a life? If you are British food writer Nigel Slater, the year is measured in game pie, in goose fat, in couscous, in buns with toffee. “The year starts gently in this kitchen, just as it always has, with baking and a pan of soup on the stove.” Thus begins 365 days with British food writer Nigel Slater, and I am all in for the 545-page ride. Part food memoir, part essay collection, part cookbook, Slater’s third volume of The Kitchen Diaries (originally published in the UK in 2015) features approachable, flexible recipes for every week of the year, along with seasonal bookends filled with quick, comforting, weekday suppers. Evocative and contemplative, Slater’s writing in entries like “Getting rid of the pumpkin,” “A sticky pudding for a chilly day,” “Loving the unfashionable herb,” or “A Thai curry to make your heart pound” welcomes the reader into his life spent loving food. By the time you reach the end of December, you imagine yourself next to the author, closing out another year with a shared drink on a frosty night: “The day ends as it does so often at this time of year, sitting around the kitchen table with a glass of sloe gin.” Cheers! I can think of no better companion for 2020. (BRM) 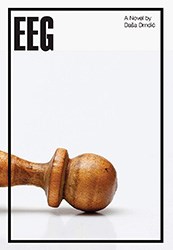 “I'm reading the book EEG by Daša Drndić. EEG looks extensively at chess masters from around the world whose lives were digested, trampled, or extinguished by the toxic forces of fascism across Europe and the globe from 1900 to present day. I have a hard time explaining why she is such a compelling writer, other than that she is both funny and grim in a single stroke of her pen, and despite a meandering style and brutally depressing subject matter, she captivates." —Michael Jantz, Project Development Director

Hop, Skip, Go: How the Mobility Revolution Is Transforming Our Lives 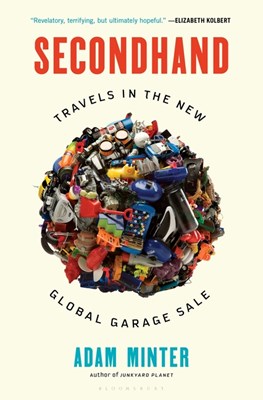 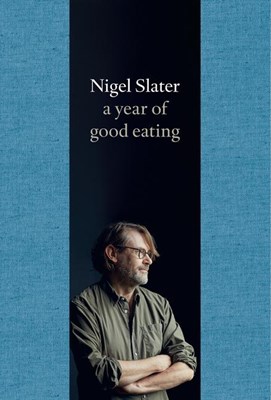 A Year of Good Eating 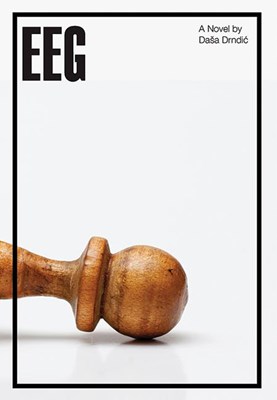