A Better Planet: Forty Big Ideas for a Sustainable Future edited by Daniel C. Esty, Yale University Press | Environmental law professor Daniel Esty argues in the Introduction to A Better Planet that the environmental protection framework built up during the 1970s and 1980s is now outdated. He has edited a volume of essays from across the ideological spectrum to tackle the task of modernizing our approach, focusing on what we can do today to update our perspective and policy for the future, and to enable long term environmental strategies, investment, and innovation. Esty’s own essay makes a case that we must “complement our system of red light with an expanded set of green lights”—that is, to go beyond telling businesses what they aren’t allowed to do and begin telling them what they can do to help by offering incentives that promote innovation and sustainability solutions. He admits that the debate over what those incentives may be will be politically charged and potentially contentious, but that is part of why the conversation is so important. The same could be said of this book of essays taken as a whole. (DJJS)

Edison by Edmund Morris, Random House | By the time that Thomas Alva Edison died, our reliance on the electrical system he invented was so complete that the idea of shutting it off for even one minute to honor his life was unthinkable. Master biographer Edmund Morris passed away himself in May, but before he did, he turned his attention to the man who electrified both light and sound, and invented an industrial organization and apparatus that disseminated his technological breakthroughs to the masses. Edison’s inventions bordered on the mythological, but he was bent on building only what was “practical and profitable.” In doing so, he lit the night, coaxed human voice and music from a machine (while being nearly deaf himself), and wired the world, patenting over 1,000 inventions and founding nearly 250 companies in his lifetime. He built the first film studio and established the world’s first industrial research and development facility. What he thought “practical and profitable” was deemed impossible by most before him, but much of the modern world is built on the foundations he constructed. Morris’s in-depth and entertaining biography brings the man who became an icon of innovation back to life on the page. (DJJS)

God Save the Queens: The Essential History of Women in Hip-Hop by Kathy Iandoli, Dey Street | This book bursts with pride and passion for the music industry and its effects on our culture. Equally important, it highlights what society's patriarchal and racist tendencies have long hidden in the industry. Author Kathy Iandoli begins God Save the Queens with a personal incident in which she was slandered on-air at her radio station job, to which her boss, unfazed, asked "Who will ever respect you?" since she was a white woman working in Black music. This example reveals a small but powerful sliver of the indignance that women feel and wield in their art. "...[T]his industry has continuously othered us in everything from the artistry to the business side." Iandoli dives deeper into individual artists, incidents, interviews, and more to deepen our understanding of hip-hop's culture. Though the short prologue may make hip-hop novices feel lost in a sea of eponyms, the narrative structure of the chapters can engage anyone. Of course, there's no harm in researching and listening to the artists mentioned, either. Iandoli's history book will make you cheer for the brazen women of the hip-hop industry but it will also remind you of the recurring infighting that needs to be eliminated in order to allow more artists to be able to safely and strongly tell their stories. (GMC)

Oaxaca: Home Cooking from the Heart of Mexico by Bricia Lopez and Javier Cabral, Abrams | Part of the legend of our book company includes stories about our founder, Jack Covert, stuffing his car trunk with books and driving to businesses around Wisconsin, pitching titles for their corporate libraries. Fernando Lopez, the father of this cookbook’s author, did much the same in the early 90s—but with mezcal, quesillo, moles, tlayudas, and other specialties of Oaxacan cuisine that were not readily available in southern California at the time. His food import business eventually became his own restaurant in the Koreatown neighborhood of Los Angeles, where none other than the beloved food critic Jonathan Gold dubbed Guelaguetza a “temple to Oaxacan food and tradition.” After that review, the crowds flooded into the fledgling restaurant and things have never been the same for the Lopez family. Now run by the second generation, the restaurant has become not just a temple, but an empire; winning James Beard awards, selling their famous moles and michelada mixes online, opening a Mezcal bar in Las Vegas, and more. Author Bricia Lopez takes great care in weaving together her family’s story and that of the Mexican state where they came from. And while I’m itching to dig in to the recipes for not one, but five kinds of chilaquiles or a black bean paste that’s like a “savory cake frosting” or the strangely perfect-sounding white rice with bananas, it was actually the introduction to the book that stopped me in my tracks. Not only did I learn that Oaxaca’s rugged terrain deterred many Spanish colonizers and resulted in a cuisine today that is closest to that of the indigenous peoples of Mexico, but I also learned that guelaguetza is a beautiful ancient Oaxacan tradition of giving and receiving. In that spirit, I gratefully receive the gift of this book from the Lopez family and hope my words are a gift to you that inspires you to pick up this book.  (BRM)

The Problem with Everything: My Journey Through the New Culture Wars by Meghan Daum, Gallery |  The editor's note in The Problem with Everything includes an important disclaimer: "I don't agree with everything Meghan writes—she wouldn't want me or any of us to do so." This is an important reminder that we, as readers and learners and humans, should not stick our heads in the sand when confronted with critique. We should value analysis above acceptance and re-thinking above thinking. Author Meghan Daum initially wrote a book in fall 2016 with an intended audience of Americans under a Hilary Clinton presidency. With the surprise candidacy of Donald Trump, Daum knew she had to write something different, something reflective yet instigating. This re-working of her ideas is what led to this very empowering and thoughtful and hopefully inciting book. She cycles through examining, admonishing, and celebrating feminism's development from the 1960s to today through personal stories, social histories, scientific studies, and others' opinions. The book prompts us to reconsider how we're fighting for equality. Are we exploiting feminism to advance ourselves in an imaginary ranking system of supremacy? Has feminism become a brand, a fashion statement, a hashtag? "We need to recognize that to deny people their complications and contradictions is to deny them their humanity." Conflicting views lead to a messy culture and understanding this is the first step to whatever version of reparation comes next. (GMC) 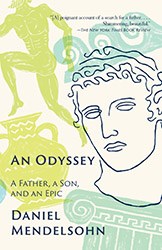 “I am reading An Odyssey: A Father, a Son, and an Epic by Daniel Mendelsohn. It’s a beautifully written memoir told through the device of a journey the author, a translator and classicist, and his octogenarian father take to retrace the travels of Odysseus as he wends his way home from the battle at Troy. Deeply revealing of both author and travel companion, Mendelsohn’s story is as intimate and moving as the best parts of Homer’s tale itself." —Rebecca Schwartz, Owner, President & CEO 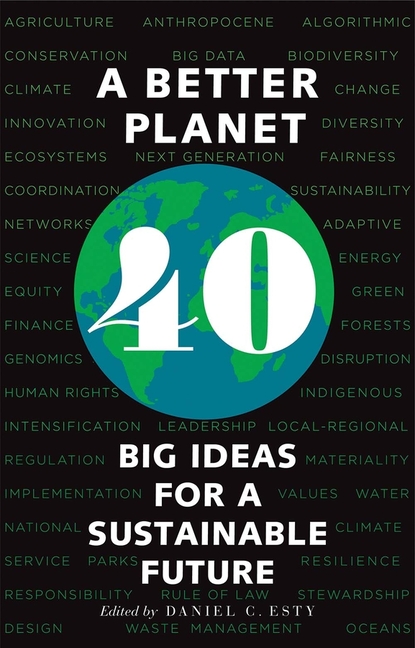 A Better Planet: Forty Big Ideas for a Sustainable Future 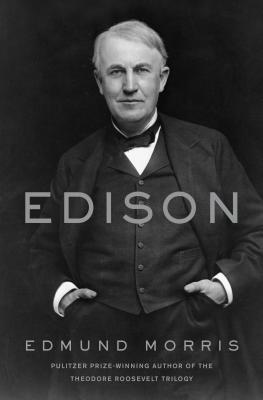 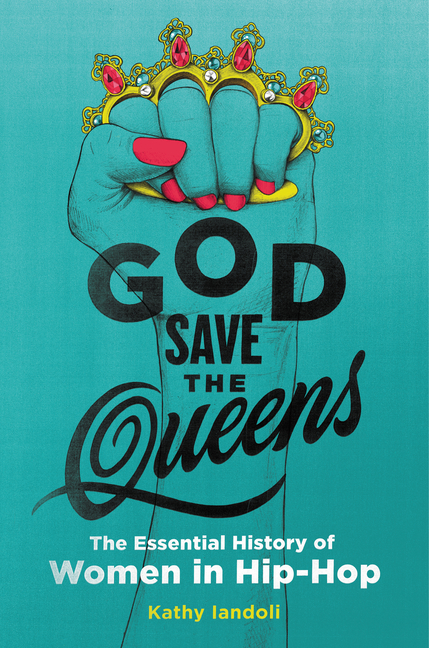 God Save the Queens: The Essential History of Women in Hip-Hop 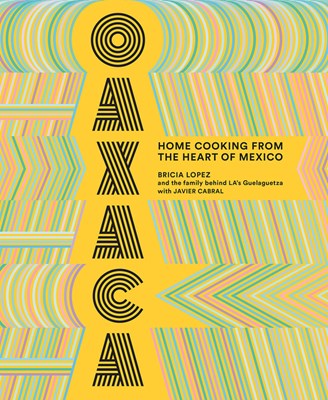 Oaxaca: Home Cooking from the Heart of Mexico 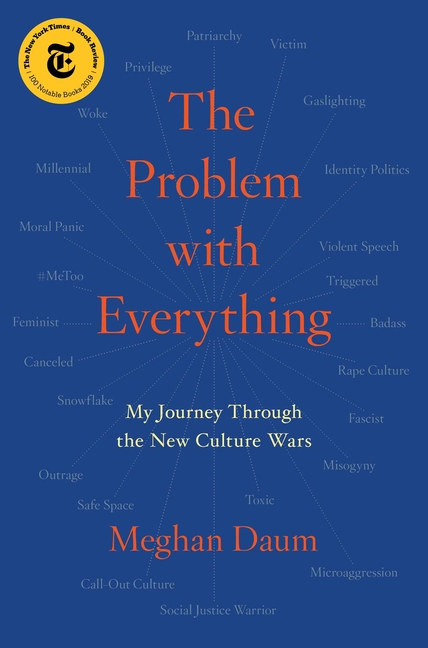 The Problem with Everything: My Journey Through the New Culture Wars 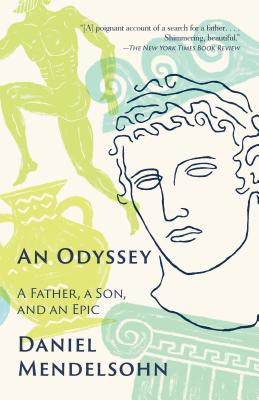 An Odyssey: A Father, a Son, and an Epic