The Largest Gathering of 100 Best Authors West of the Mississippi

Last week Todd and I hosted a 100 Best event at Stanford. This was the largest gathering to date of 100 Best authors west of the Mississippi River! Joining us were Jeffrey Pfeffer and Bob Sutton, authors of The Knowing-Doing Gap; Chip Heath, with Made to Stick; and Randy Komisar, with The Monk and Riddle.

Last week Todd and I hosted a 100 Best event at Stanford. This was the largest gathering to date of 100 Best authors west of the Mississippi River! Joining us were Jeffrey Pfeffer and Bob Sutton, authors of The Knowing-Doing Gap; Chip Heath, with Made to Stick; and Randy Komisar, with The Monk and Riddle. The gathering was held at the Stanford d. school, in a room which I liken to a kindergarten classroom for grown-ups. 10 minutes after the event started, people were crammed into the room, all eager to hear what the authors had to share. Some were standing, some were squatting near the floor and others were seated in the various chairs lined up, all surrounded by whiteboards and art supplies. Todd, Jeffrey, Bob, Randy and Chip sat in front, perched on stools. Todd moderating in his best Charlie Rose impression as the authors shared incredible stories of business experiences, the beginnings of their books, and how their ideas relate to everyday life. Like Randy Komisar who was approached by Harvard Business School Press to write a book. They came knocking and selling him on the idea that he had a book to write. Randy said he had no clue what to write about nor how to write it. So HBP hired Kent Lineback to help Randy write (Randy, who still didn't have a story in mind and Kent, who had never written a book before). Eventually, an editor from HBP, Kent and Randy all met for one long, three-day weekend to determine a direction and crank out the book. From that point on, the book was written from start to finish SEVENTEEN times.
At the end, one student stood up and asked of the authors, by what one idea would they run a business?

Jeffrey: Drive fear out of the organization. Randy: Be passionate about what you do. Chip: Know when to say no. Too often people say yes to everything. Bob: Fight as if you are right, listen as if you are wrong.

It was one of those moments where everything comes together. The authors were dynamic and engaging and everyone walked out chattering about what had taken place. Thank you to those who came and to Jeffrey, Bob, Chip and Randy for sharing your stories. - - - - As an aside, if you happen to find yourself in the Stanford area, grab a slice of pizza from Palo Alto's Pizza My Heart. 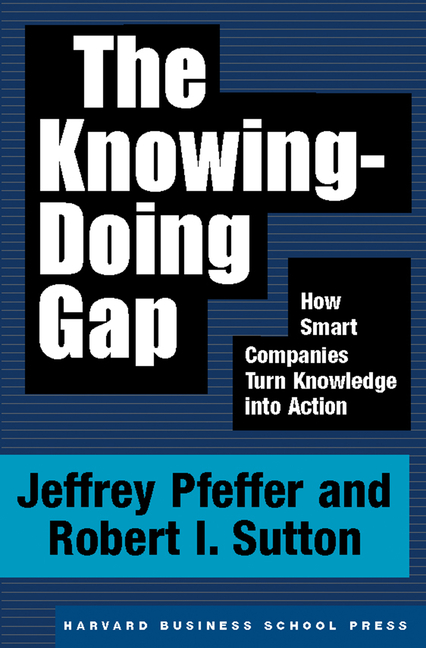 The Knowing-Doing Gap: How Smart Companies Turn Knowledge Into Action 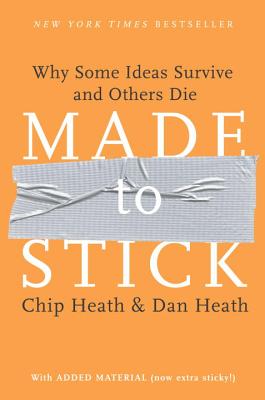 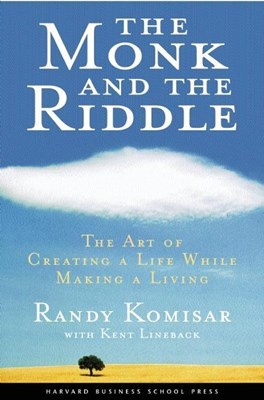 The Monk and the Riddle: The Art of Creating a Life While Making a Life (Revised)