Last night I had come to the conclusion that I was quitting Facebook and maybe I would delete all of my bookmarked blogs too. Not because anything drastic happened. .

Last night I had come to the conclusion that I was quitting Facebook and maybe I would delete all of my bookmarked blogs too. Not because anything drastic happened...just because I was sick of being entranced by it all, of being wooed to check just one more site, go back to Facebook for updates one more time. Twitter moves so fast and occupies so much of people's time trying to be clever, succinct and trend-worthy that the quote from Macbeth "full of sound and fury, signifying nothing" comes to mind. Sometimes it--all this social connecting online--comes at me so fast, I just want to shut down, step away, rest my eyes, take a walk. A new article in the New York Times tells about a group of neuroscientists who have ventured outdoors on week-long rafting, hiking and climbing vacation. "It was a primitive trip with a sophisticated goal: to understand how heavy use of digital devices and other technology changes how we think and behave, and how a retreat into nature might reverse those effects." The ultimate prey the neuroscientists are hunting? Attention. Or rather, our lack of it after our brains have been continually submitted to technological output. And while it is interesting to monitor the affects of our 24/7 information cycle, these researchers hope to gain a better understanding of attention so as to affect future treatment of brain disorders where a lack of attention plays a significant role in mental health. I used to joke (back in the 90's when I was a customer service associate and emailing was so rare it was part of my initial job training) that FedEx had ruined the world, that that fine company had raised everyone's expectations for immediate satisfaction. Over the past 12 years or so, urgency has taken on a completely different definition. Is there anything now that isn't urgent? Don't we insist on leaving our cell phones on vibrate during a movie so that we don't miss anything? Even if we've entered the movie theater expressly to escape the demands of our lives for 2 hours? Just one of the questions in this band of neuroscientists' research is: "How soon do people need to get information and respond to it? The believers in the group say the drumbeat of incoming data has created a false sense of urgency that can affect people's ability to focus." But detractors argue that multi-tasking leads to distraction, to a brain that is just plain tired from all the input. That is certainly how I felt last night, and how I sometimes feel after a long day at work typing words into my computer and reading what comes back to me via multiple sites. But perhaps the brain does or will adapt. Perhaps performance takes a hit only because we don't yet have the right tools to manage the onslaught because, really, this is all so new. The dust jacket of the new collection of The Best Technology Writing of 2010, edited by Julian Dibbell, puts the newness of these challenges into perspective: "The iPad. The Kindle. Twitter. When the Best Technology Writing series was inaugurated in 2005, these technologies did not exist." Basically we are learning as we go along, hoping to someday find balance for ourselves between tweeting and hiking. In this collection, an essay by Sam Anderson, called "In Defense of Distraction," speaks directly to the difficulty of the group of neuroscientists' endeavor: "Although attention is often described as an organ system, it's not the sort of thing you can pull out and study like a spleen." Writing by Clay Shirky (Cognitive Surplus) and Kevin Kelly (What Technology Wants) are including within this contemporary, edgy and altogether riveting collection too. Fascinating material like this is certain to garner plenty of attention. 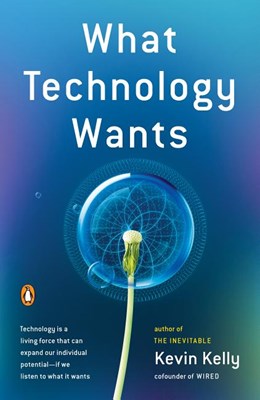