No, You Shut Up: Speaking Truth to Power and Reclaiming America

In this rousing call to leadership, the self-described millennial spokesperson for the culture, CNN’s designated "woke AF" former commentator, and the youngest national press secretary in the history of the United States shares her take-no-prisoners approach to life, politics, and career success, and shows a new generation how to be loud and powerful in their own right. 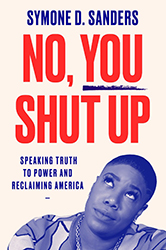 “Will you just shut up for a minute?” sputtered former Virginia Attorney General Ken Cuccinelli on CNN. “Pardon me, sir,” countered Symone D. Sanders. “You don’t get to tell me to shut up on national television.” Or anywhere else. As one of the most highly visible and influential millennial political consultants and activists (with over 200K followers on Twitter), CNN’s designated “woke AF” commentator, and the youngest National Press Secretary in U.S. history, Sanders has a take-no-prisoners approach to bringing about much needed change. In her rousing call to leadership, No, You Shut Up: Speaking Truth to Power and Reclaiming America (Harper; May 19, 2020; $26.99), she rallies the young and the young at heart to take on established practices by finding their authentic voice and using it to fight ideological battles more effectively and to resist those who try to silence them.

“More than ever we need to stand up, not shut up,” Sanders writes. No, You Shut Up “is for all the people who have ever been told to turn back or go quietly. I know folks want us to pipe down, wait our turn, earn our stripes. Folks want us to temper our expectations, be respectful, and just let the ‘seasoned adults’ handle things. This book is for any person who has been told they dream too big. Anyone who has been shut down, shut out, talked over, ignored, talked down to, or dismissed.” Sanders’s message is for anyone who has a passion, an idea, a spark, but the powers that be just won’t let it be heard.

In this spirited and unabashedly LOUD call to arms, Sanders leads a new generation beyond the ballot box to explain how they can fight oppression, injustice, and inequality everywhere—in government, in the workplace, and in every corner of our shared cultural landscape. Inspiring readers to become powerful instruments of change, she draws on her personal experience as well as historical realities, assembling a new toolbox for a new way to build—while not backing down. The moment is now, Sanders says. Our country is in a dark, strange place. “We’re standing at the threshold of a transformation,” she asserts. “But in order to achieve it, we need to commit to radical, revolutionary acts.” We need to speak up, not shut up.

Symone Sanders is a senior advisor for former Vice President Joe Biden's 2020 presidential campaign. She also serves as principal of the 360 Group LLC where she provides strategic communications guidance to organizations, businesses, individuals, campaigns and candidates and helps clients find sound solutions to tough political and social problems. Sanders is the former chair of the Coalition of Juvenile Justice Emerging Leaders Committee and former member of the Federal Advisory Committee on Juvenile Justice, where she worked to raise the profile of young voices in the fight for juvenile justice reform and bring millennial perspectives to policy conversations. Sanders is a former CNN political commentator and served in 2018 and 2019 as a resident fellow at Harvard's Institute of Politics at the Kennedy School and the University of Southern California's Center for the Political Future respectively.

This giveaway is being brought to you by Harper, and imprint of HarperCollins Publishers. 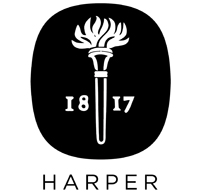 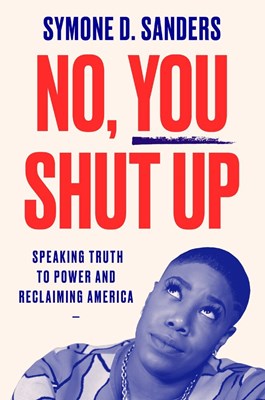 No, You Shut Up: Speaking Truth to Power and Reclaiming America