The End of Solitude: Selected Essays on Culture and Society by William Deresiewicz, Henry Holt and Co. (DJJS)

What is the internet doing to us? What is college for? What are the myths and metaphors we live by? These are the questions that William Deresiewicz has been pursuing over the course of his award-winning career. The End of Solitude brings together more than forty of his finest essays, including four that are published here for the first time. Ranging widely across the culture, they take up subjects as diverse as Mad Men and Harold Bloom, the significance of the hipster, and the purpose of art. Drawing on the past, they ask how we got where we are. Scrutinizing the present, they seek to understand how we can live more mindfully and freely, and they pose two fundamental questions: What does it mean to be an individual, and how can we sustain our individuality in an age of networks and groups?

The Ghetto Within: A Novel by Santiago H. Amigorena, Frank Wynne (Translated by), Harper Via (EPP)

In Buenos Aires, the afternoon of September 13, 1940 was rainy and the war in Europe so remote that one might still have thought it was peacetime.

Buenos Aires, 1940.  Three friends, fellow Polish exiles, meet at a café. What caused them to flee Europe by boat a few years earlier when others facing the same danger did not? And amid this relocation, what should they call themselves now? Jewish? Pole? Argentinian? They will mull over these questions of identity and allegiance for the rest of their lives.

Vicente Rosenberg is but one of many European migrants making a new life in Argentina. It is in Buenos Aires that he meets and marries Rosita, whose ties to Poland are more ancestral than emotional. They have three children and pursue a quiet, normal family life. Yet, Vicente still aches for his mother, Gustawa, who remained in Warsaw. For years,she writes him several times a month. Over time, the letters become increasingly infrequent. And one day, they stop coming altogether. Racked with guilt and anxiety over his mother’s fate, Vicente falls into a deep despair and longstanding silence.

In this unique mix of fiction, biography, and memoir, Santiago Amigorena reimagines his grandfather’s life, exploring the emotional toll of silence to understand the his family trauma and the ways in which it continues to affect him and the generations that follow. . Amigorena began writing the novel to fight the silence that “has suffocated [him] since [he] was born;” The Ghetto Within is a powerful new addition to Holocaust literature, introducing an important new voice to English audiences.

Translated from the French by Frank Wynne.

Meet Us by the Roaring Sea: A Novel by Akil Kumarasamy, Farrar, Straus & Giroux (GMC)

In the near future, a young woman finds her mother’s body starfished on the kitchen floor in Queens and sets on a journey through language, archives, artificial intelligence, TV for a way back into herself. Along the way, she translates an old manuscript about a group of female medical students—living through a drought and at the edge of the war—as they create a new way of existence to help the people around them. In the process, the translator’s life and the manuscript begin to become entangled.

Soon, the arrival of a childhood friend, a stranger, and an unusual AI project will force her to question her own moral compass and sense of goodness. How involved are we in the suffering of others? What does real compassion look like? How do you make a better world?

Written in vivid and pulsating prose, alternating between her present life and passages of the translated manuscript, Meet Us by the Roaring Sea is a remarkable, genre-bending exploration of memory, technology, friendship, love, consciousness, and the costs of caring for others in an age where we are so often lost in the swamps of our own minds.

The Other: How to Own Your Power at Work as a Woman of Color by Daniela Pierre-Bravo, Legacy Lit (JAG)

You know that feeling of not belonging when you have so much to say at a work meeting? For women of color and children of immigrants, being the “the other” at work fuels an unyielding need to fit in.  This false feeling of inadequacy in traditional workplaces causes you to adapt and develop “a keep your head down” or “stay in your lane” mentality in order to hold on to the job you’ve worked so hard to attain. Sometimes that “yes” girl mentality can get you a seat at the table, but can lead to being overwhelmed, overworked, and overlooked when bigger roles come around.

Bestselling author and MSNBC reporter Daniela-Pierre Bravo spent many years undocumented and in the shadows as an immigrant from Chile, working odd jobs to pay her way through school. Like many other women of color, immigrants, and children of immigrants she became an expert shape shifter in order to chameleon her way around professional environments that felt out of reach. When Daniela became a DACA recipient, she finally felt that she’d made it, rising through the ranks in her career. But she quickly realized that no matter how much success she achieved, she always felt she had to prove her worth as “the other.”

In The Other, Daniela shares her journey and those of other women to help you recognize your power through your own eyes instead of the traditional white gaze in the workplace. She drives you to reshape the way you think about career advancement without losing your sense of identity and how to use your differences as an advantage. Smart, revealing, and loaded with practical steps, The Other is a framework for how to effectively advocate for yourself, become your biggest believer, claim the spaces in your career that are rightfully yours, and create your own vision of success. 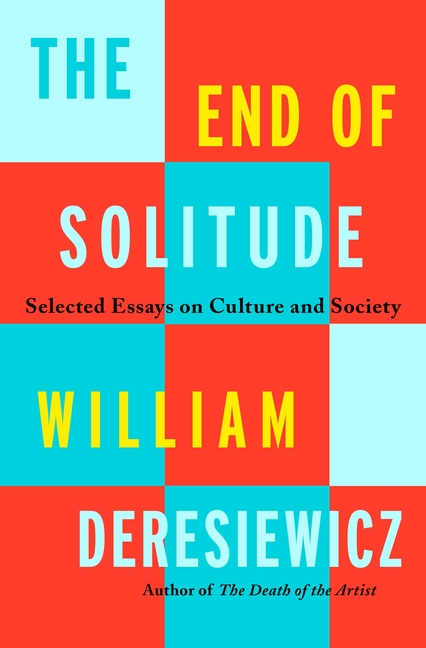 The End of Solitude: Selected Essays on Culture and Society 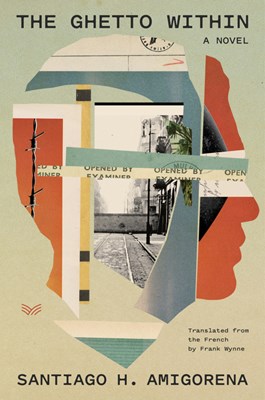 Meet Us by the Roaring Sea 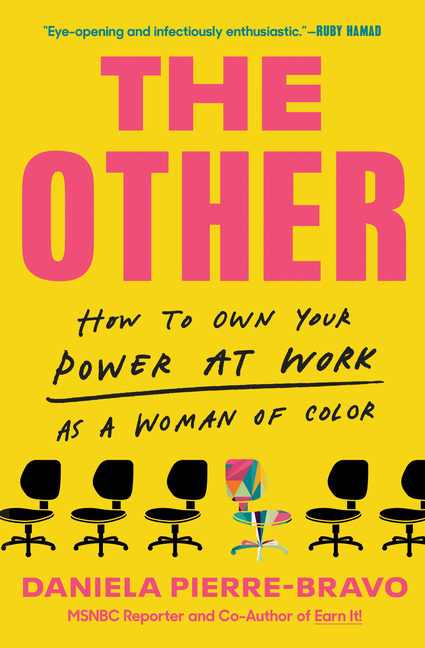