Girl Decoded: A Scientist's Quest to Reclaim Our Humanity by Bringing Emotional Intelligence to Technology by Rana el Kaliouby with Carol Colman, Currency

The book opens with a disheartening instance of the tragedy that results from society's lack of empathy: in 2017, a group of teenagers filmed a man as he drowned rather than respond to his cries for help, showing no remorse when questioned (and, ultimately, not charged) by police. These few paragraphs may be emotionally difficult to swallow because that is the point of the book–to recognize the trajectory of widespread empathy loss from the digital world into our real world. Author Rana El Kaliouby writes:

It is commonplace on social media and in politics, entertainment, and popular culture to seem callous, hateful language and actions that even a couple of years ago would have been considered shocking, disgraceful, and disqualifying.

It feels unfair to bring up such a dark topic during this emotionally fraught time, but as we're seeing more and more ignorance appear in news stories from around our hometowns and around the country, it's important to hold a mirror up to ourselves and our society, even if it's to see the most unfavorable parts. We must each see what's broken in order to fix it and get better together.

Author Rana el Kaliouby conducts a conversation with the reader confidently and in a friendly way that connects her childhood experiences as a Muslim girl growing up in Egypt and Kuwait with her various encounters with culture shock in America as well as in the overwhelmingly white and male field of science and technology. Her levelheaded understanding of technology and AI (and our increasing dependence on both) is what makes this book so essential to our world right now. As we are all getting more accustomed to communicating and living digitally, "We need to make [technology] smarter, better, and more humane. And fortunately, we now have the tools to do this." (GMC)

Read this article by Rana el Kaliouby for Inc. to learn more about some of the obstacles she overcame in the process of cofounding her startup, Affectiva.

Industrial-Strength Denial: Eight Stories of Corporations Defending the Indefensible, from the Slave Trade to Climate Change by Barbara Freese, University of California Press

Barbara Freese wrote a book about coal in 2003, which is one of those things that sounds incredibly dull when you hear about it, but ends up being both essential to our understanding of how the world works and endlessly fascinating. In that book, she wrote of a “nineteenth-century coal dealer who claimed that having coal particles lodged in your lungs was good for you because the carbon filtered the air as you breathed it in.” Hmmm… maybe it could help with COVID-19? Disinformation is nothing new, but it’s also not entirely intentional. A lot of it is simple denial, and that is what Freese’s new book addresses. We can blame the news or technology, but Freese widens the frame to help us understand that it has always been with us:

We live in a highly polarized political era many call “post truth,” where the perception of objective reality that was once widely shared across society has been fractured. This is usually seen as a result of social media and cable news, which let people live in partisan information bubbles that confirm what they believe, dismissing unwelcome information as “fake news” or hopelessly biased. Certainly the new information landscape has fueled this trend, but corporate denial helped usher in the current era with decades of skewing facts, eroding social trust, and inviting people to embrace the reality they prefer rather than the one the evidence supports.

As Freese points out, seven in ten of us work in for-profit enterprises, and about half of those work in businesses with over five hundred employees. That comes with a lot of “corporate incentives, pressures, norms, and culture” that affect not only our work lives, but our whole lives, and the life of the planet. Instead of rushing to reopen the economy, perhaps we can use this pandemic as a reminder that science is real, that an evidence-based reality does exist, and to determine how we how can reopen the economy in a way that reduces death and social harm not only in the short term, but in the long-run. (DJJS)

Melissa Martin and I grew up at opposite ends of the Mississippi river—me in North Dakota, a short distance from the headwaters in Itasca State Park, and she in the delta bayous of Chauvin, Louisiana. The farmers in my extended family grow canola, barley, and potatoes; hers pull in nets filled with shrimp, crab, and oysters. And while the culinary histories of our two border areas are quite different, I feel a kinship with her through her first cookbook, Mosquito Supper Club. Based on the food and philosophy of her New Orleans restaurant of the same name, the book is an ode to the homecooking of her mother, grandmothers, and aunts: “I wanted to bring this simple Cajun food out of home kitchens and onto a restaurant table for folks from around the world to enjoy.” It is also a cautionary journey into the disappearing barrier islands, fishing villages and dense marshes of the South Louisiana bayou, a massively endangered ecosystem after years of deforestation, oil drilling, climate change, and lack of regulation. There will be a time when this cookbook is a history book.

The Cajun larder is filled with bay leaves and filé powder, crawfish and salt pork, okra and pecans, onions, bell peppers, and celery. The table is set with pickled vegetables and butters made from oysters and crabs. Martin’s restaurant has one nightly seating, with guests gathered at communal tables to feast on dishes like Lucien’s Shrimp Spaghetti, Crab Claws Marinated in Cane Vinegar, Crawfish Hand Pies, Redfish Courtbouillon, Monday’s Red Beans, and “Pop Rouge” Ice Cream. There are cookbooks that are all business, taking you step by step through recipes with scientific precision. And then there are cookbooks like this that give your soul flight, urging you to drive south for days, winding along the marshy bayou roads until you find yourself eating freshly caught shrimp at the edge of the sea. (BRM)

This historical fiction book set in the 1910s tackles immigration and racism through a timeless story told between flashbacks, letters, telegrams, and the vivid prose of author Rishi Reddi, an award-winning short story writer and practicing environmental attorney. The grittiness of the recently westward expanded America is palpable as the main character, Ram, looks at it all with the fresh eyes of an apprehensive yet intrigued foreigner.

The Imperial Valley was not like Seattle, or even Hambelton. The sky here and the gray-green earth felt familiar to him like the desert surrounding Lyallpur. A sign announcing CITY OF FREDONIA, AMERICA'S DREAM hung crookedly from a rusted chain and a piece of wire.

Ram dutifully works on the small cantaloupe farm in Southern California with his friend Karak while dreaming of returning rich to his wife and son in Punjab, India. Tensions heighten quickly between Ram and Karak, between the immigrant workers and the locals, and between the United States and Germany once World War I begins. “Who belongs in what place on this earth?” asks one of Passage West's characters struggling to be understood in a society whose empathy really hasn't improved much since that era. Reddi's novel is a history lesson that highlights humanity and reminds us of the multilayered stories of America's immigrants. (GMC)

This short essay by Rishi Reddi is an impactful look at her connection to her distant family.

The Soul of an Entrepreneur: Work and Life Beyond the Startup Myth by David Sax, PublicAffairs

I’ve been collecting paper books and vinyl records since I was a teenager, so David Sax’s last book, The Revenge of the Analog: Real Things and Why They Matter, resonated deeply with me. His new book is probably more for my freelance photographer wife and, I believe, will resonate deeply with many friends of our company—those who hustle (in the best possible sense of that word) for a living. It is for the entrepreneur, the self-employed. But I will say my life now sounds a lot like his here, other than the working for myself part:

I have spent half of my life so far working for myself. Writing stories and books. Giving talks to whoever will pay me. Working from home, in shorts and sweatpants. Shaving once a week, unless I have to meet someone. I have no idea where the next paycheck is coming from, or how much money I will make this year, or what I am going to do the day after I finish writing this book.

A lot of people now don’t know where their next paycheck is coming from. A lot of entrepreneurs are struggling to survive these times. Everyone is, and we are going to need all the entrepreneurial energy we can muster as we come out of this. John Maynard Keynes wrote about the “animal spirits,” the “spontaneous optimism rather than mathematical expectations” that keep the economy alive. We are going to need as much of that optimism as we can get, and David Sax’s book can help keep those spirits alive. (DJJS)

Here's a free 9 minute read by David Sax called "How to remake the entrepreneurial spirit in the wake of COVID-19." 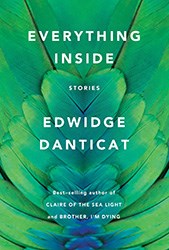 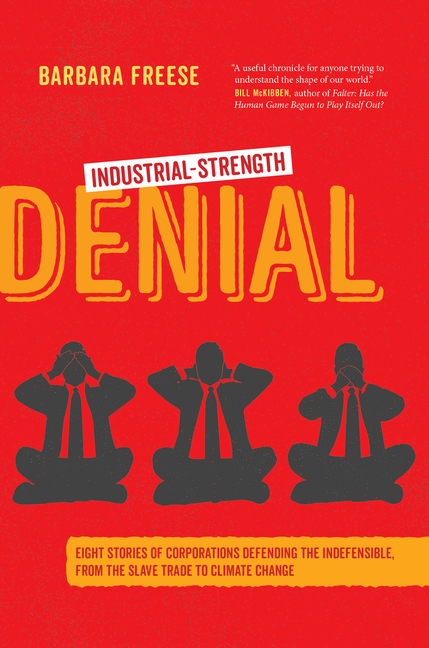 Industrial-Strength Denial: Eight Stories of Corporations Defending the Indefensible, from the Slave Trade to Climate Change 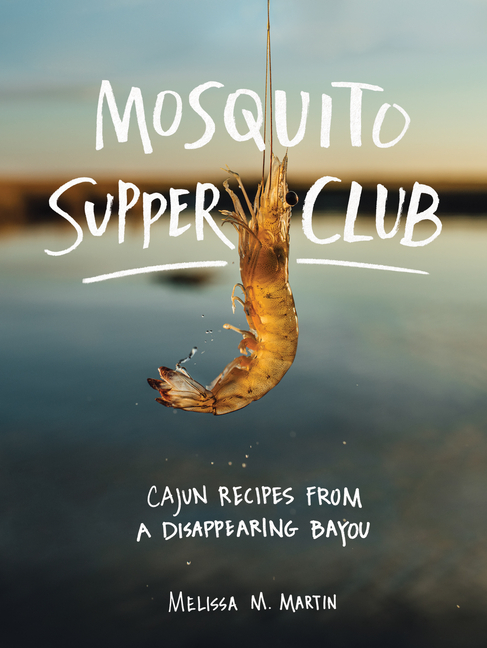 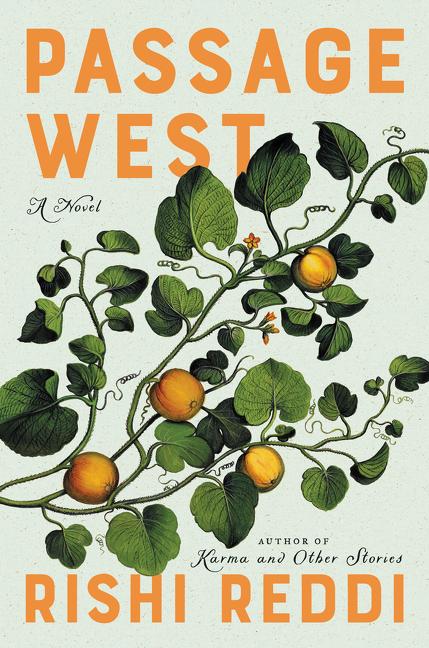 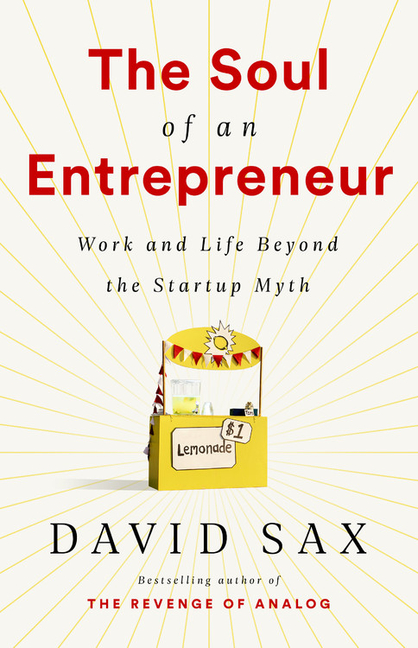 The Soul of an Entrepreneur: Work and Life Beyond the Startup Myth