Break Your Own Rules

Author of Employees First, Customers Second, Vineet Nayar, recently wrote a couple of blog posts included on the HBR Blog Network that started a bit of a dust-up in comments. First, at the beginning of the month, he asked the question: "Are Women Dissatisfied Enough? " and went on to assert two "pre-conditions" were needed--in addition to an enabling corporate environment--to improve the successes of women in business.

Author of Employees First, Customers Second, Vineet Nayar, recently wrote a couple of blog posts included on the HBR Blog Network that started a bit of a dust-up in comments. First, at the beginning of the month, he asked the question: "Are Women Dissatisfied Enough?" and went on to assert two "pre-conditions" were needed--in addition to an enabling corporate environment--to improve the successes of women in business. The first requisite was "a sense of dissatisfaction — an intense unhappiness and a sense of frustration with the existing reality" and the second was "[t]he aspiration to grow." In this post, yes, Nayar seemed to be prodding women to take more responsibility for their lack of presence in organizations, to look at themselves as part of the problem rather than strictly blaming the historically-male-centric hierarchy of business. And as one can expect, this inspired some argumentative commentary from men and women alike. His two preconditions seemed to imply that women simply didn't care enough or try hard enough. Many of the responding comments revolved around one intriguing, but omitted, aspect of the argument for women's lack of representation in business: perhaps women do not hold higher places in business not because they aren't allowed or because they don't "want" it enough, but because they don't choose to participate either in the fight or in traditional organizations. Now I didn't get the impression that Nayar intentionally ignored this possibility. A brief blog post about a single subject often cannot encompass the whole of a social/business/cultural/political problem. And I think consideration of that option was implied in the title. Are women dissatisfied enough to incite change? Maybe not--but not because they are unmotivated or passive, but because they are finding other ways to be successful and feel fulfilled. The conversation started by his first post caused Nayar to write a follow-up post two weeks later titled, "How Women Can Flourish in the Workplace?" In this follow-up, Nayar momentarily steps away from the issue of women's responsibility and opens with "I'd like to return to the conversation by reiterating my fundamental belief that the corporate world has largely failed women, an argument that I've made earlier here and in other public forums."

Companies must create organizations that are aligned, culturally and emotionally, with woman employees' priorities. There isn't one clear solution, though....Companies also need to change their expectations that employees should be available anywhere, anytime; find ways around women's reticence to advocate for themselves; and change the unwritten rules of workplace engagement favoring men.

His concentration on organization change* is brief, however, and he moves in again on how women can change their behavior to strengthen their position, or rectify their "reticence to advocate": choose the right professional courses in post-secondary education; negotiate for equal pay at the entry level because it is too difficult to make up the difference higher up or later on; push for promotions, don't just take on extra work thinking the work will be recognized. The comments on Nayar's article cover a lot of ground, as is to be expected for such a broad and often contentious issue, but ultimately everyone seemed to agree, even unwillingly, that while corporate culture must change (and, really, first be willing to change), women must also change. This is not a new argument.** But how to change while remaining authentic and avoiding some throw-back 1980's shoulder-padded power-suit kind of superficial change?

A new book by executive coaches Jill Flynn, Kathryn Heath, and Mary Davis Holt, Break Your Own Rules, will be an incredible help to those women who want to take their progress into their own hands. Flynn, Heath and Holt aren't interested in playing Quixote and charging the familiar windmill that is the male-centric corporate culture. Nor are they interested in women becoming men and denying the traits that make them good managers and leaders. Nor are they advocating for women to find their success outside the corporation. Instead, they are interested in empowering women to think differently, so that they can act differently. This book isn't about blame: it's about banishing bad habits, habits that are obstacles to success.

We get in our own way when we buy into limiting beliefs. But we don't have to continue repeating the same pattern. We have it within our power to change our own thinking and therefore change our future. We can nurture the beliefs that will sustain us and help us grow. Women have been taught as children, in school, and on the job to behave in certain ways. In contrast, our research and years of experience coaching women executives on the rise tell us that what we really need to do to succeed at the hightest levels in business is to think differently.

Their book centers around 6 "old rules" that women have been trained to uphold and the converse habits that should be practiced and employed. [Their ChangeThis manifesto will give you a comprehensive overview of the 6 rules.] I found myself nodding along while reading the many stories told in Break Your Own Rules, but none so much as during the chapter, "Proceed Until Apprehended." In a brief opening story, the authors relay an all-to-familiar occurrence. Two peers (in this case a man and a woman) are asked to help with a project that lay beyond their normal daily work. The woman is instantly excited about the prospect and quickly asks her immediate boss for permission to take on this new project. The man quickly says yes to the opportunity, sans permission, and beats the woman to the punch. The authors say, "Asking for permission, not making waves, denying our career ambitions, doing as we are told, following the rules. These are not punishable offenses, but they do throw a roadblock across our path to power at work." Because, they explain, doing so gives the impression that women are deferring and not decision-makers. If you "Proceed Until Apprehended," you may instead be seen as someone who made things happen and is not afraid of a little push-back. "It's Both-And" is another chapter that offers a surprising and somewhat reassuring conclusion. You know that perfectionism, that "in-it-to-win-it" attitude, that 'holding up the weight of the world' volunteerism that you have assumed for so long got you to where you are today? Well, that could actually be holding you back from advancing higher in your field. Why? Two possible reasons. Not only might you be perceived as difficult to work for, and as a result, miss out on future managerial opportunities, but you may also have "burn out" written on your forehead since no one can do everything for very long. So the authors suggest "It's Both-And" as their new rule to eliminate extreme thinking and promote resilience. I dare say that Flynn, Heath and Holt would agree with Nayar that while there is value in trying to change how organizations treat and promote women, the most immediate thing that women can do is change how they themselves approach the challenges of working within a restrictive system. Though they may diverge from Nayar in claiming that women aren't trying hard enough. Instead, I think they would say women often try very hard...just not always in the right way. Break Your Own Rules will challenge you to relish being the center of attention, to act instead of ask, to closet your modesty, to play the game, to take a risk, to embrace uncertainty, and most critically, to realize that there is strength in numbers and women helping women will be the only way to make a crack in the windmill that is the traditional male-centric corporate structure. *Also included at the end of Break Your Own Rules is a "Reading List for Women Leaders" to which I would add The Female Vision: Women's Real Power at Work by Sally Helgesen and Julie Johnson, which we reviewed and recommended last year. That book offers a bilateral look at what unique qualities women bring to the corporate table, and how both organizations and their leaders can value and use those qualities to their advantage. **Apparently I tackle a similar version of this same topic each year around this time. What do you think? Has progress been made over the past year? Over the past decade? 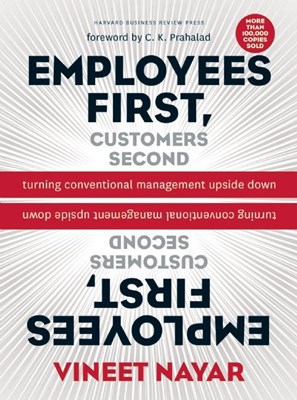 Break Your Own Rules: How to Change the Patterns of Thinking That Block Women's Paths to Power