➻ Inc. has posted your business horoscope for August. I am apparently "going to experience a jolt in the coming week when a valued worker takes a sudden leave.

Inc. has posted your business horoscope for August. I am apparently "going to experience a jolt in the coming week when a valued worker takes a sudden leave." I hope everyone turns out alright.

Guy Kawasaki interviewed Tony Hseih, author of Delivering Happiness, over at OPEN Forum this week. Speaking of the importance of telephones at Zappos, Hsieh says:

We believe the telephone is one of the best branding devices out there. We have the customer's undivided attention for 5-10 minutes—compare that with a 30-second Super Bowl ad when the viewers are probably not paying full attention. If we get the interaction right, what we've found is that customers remember that for a very long time and tell their friends and family about us.

Chicago is the home of the Book Bike, which started as just that—a bicycle library, giving books to anyone interested enough to take them. Jewcy interviewed it's founder, Gabriel Levinson, recently explaining how it evolved into something more when "Levinson threw the focus of his project on producers of independent literature, using funds raised through various donations to purchase such reading material and, in turn, give it away for free, not only helping to financially support small and independent publishers, but disseminate their work."

In the interview, Levinson talks to the emotional power of books:

In addition, I respect books as objects, I think I can speak for all book lovers there; we proudly display our collection. I remember one time when working at Printers Row, a woman came in asking if we had anything by F. Scott Fitzgerald. We had a few. I don't recall which book it was that I showed her (would have been a first edition, first printing) but it was signed by Fitzgerald. I was holding it at the time and her eyes popped wide open, there was a moment of silence. I asked her if she wanted to hold the book, in a near-whisper she said "Can I?" When she held it in her hands, with reverence mind you, I saw that she was crying. Holding this book, signed by this author, moved her emotionally. Its just a book, yeah? Its a dusty old collection of paper and glue with a scrawl of ink on it by the dead guy whose name is on the cover...and just holding this moved her to tears. Long live the death of books, I say.

I sense a bit of sarcasm in that final sentence.

But, we all know that eBooks are becoming more widely accepted by readers (as further evidenced this week by Amazon's announcement that they are now selling more electronic books than hardcover). Eoin Purcell, in discussing The Internet As Competition To New Non-Fiction Books, wrote:

The challenge for most publishers is first to realize there IS a challenge and that responding to it is less about social media, ebooks and fancy apps (though they all have a role) and more about rethinking the way you conceive content and how and where you deploy that content to engage and build an audience.

I do think publishers realize the challenge, and can probably articulate that challenge rather well. I don't know that they've figured out how to address it yet, or how easy that is going to be. But I think the reverse is also true. For as much as they criticize the publishing industry for not figuring it out yet, most "Internet Revolution" types I know are avid readers that actively try to support books and don't want to see the industry die (which is why they raise so much hell about it). And it seems to me that neither group has figured out exactly how to do any of this very well (not that technology types are responsible for helping publishers figure it out). Also, where are the authors in this equation? Aren't they largely responsible for how they "conceive content and how and where [they] deploy that content to engage and build an audience," as well?

India (yes, the government of India) has developed a prototype of a $35 tablet that looks a lot like the iPad. They expect to find a manufacturer to begin production next year.

If you haven't been following what Marty Neumeier has been doing over at Liquid Brand Exchange, you should start. The author of Zag, The Brand Gap, and The Designful Company will be sending out another Steal this Idea, an idea you can steal, next week. McNally Jackson Bookmongers are offering 20% off all purchases for the easy action of reblogging an image of Keith Gessen, author of the recently released Diary of a Very Bad Year: Confessions of an Anonymous Hedge Fund Manager. (Inc. reposted our Jack Covert Selects of the book this week) Today, our governor declared Milwaukee County to be in a state of emergency, but tomorrow will be alright. The Carolina Chocolate Drops perform live on Tavis Smiley, directed by Jonathan X. 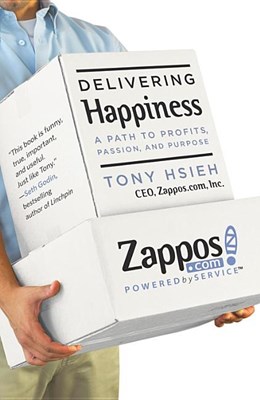 Delivering Happiness: A Path to Profits, Passion, and Purpose 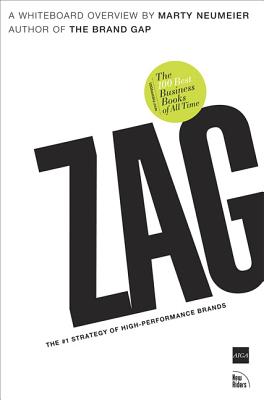 Zag: The #1 Strategy of High-Performance Brands 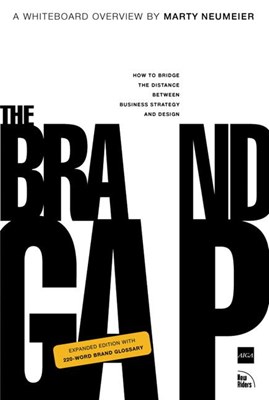 Designful Company How to Build a Culture of Nonstop Innovation 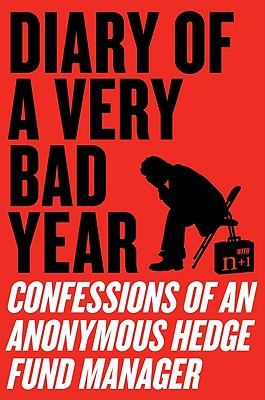 Diary of a Very Bad Year: Confessions of an Anonymous Hedge Fund Manager