The Athena Doctrine: How Women (And the Men Who Think Like Them) Will Rule the Future by John Gerzema and Michael D’Antonio, Jossey-Bass, 304 pages, $27. 95, Hardcover, April 2013, ISBN 9781118452950 The Athena Doctrine is a strange hybrid of a book. In one way it’s prescriptive: feminine leadership qualities are valued around the world, and men and women can learn from the stories told within to approach their work with traditionally female traits such as flexibility, empathy, and honesty. The Athena Doctrine is a strange hybrid of a book. In one way it’s prescriptive: feminine leadership qualities are valued around the world, and men and women can learn from the stories told within to approach their work with traditionally female traits such as flexibility, empathy, and honesty. In another way, it’s social science commentary in the vein of Malcolm Gladwell and statistical research ala Gallup. To top it off, it is also an international adventure story with two knowledgeable, humorous, and humane guys for your guides.

The authors, who proved their statistician bonafides with their popular book Spend Shift, surveyed 64,000 people around the globe and found that 66% of adults agree that the “world would be a better place if men thought more like women.” They then went back to that well of respondents and asked half of them to define a lengthy list of qualities as masculine, feminine, or neutral. And they asked the other half to simply rate that same list of qualities in terms of importance (with no mention of gender). The results?

When all the data from thirteen countries came back in, across age, gender and culture, people around the world feel that feminine traits correlate more strongly with making the world a better place.

Motivated by the results of the study, Gerzema and D’Antonio set out on a journey around the world to find examples of the Athena doctrine at work. The stories they feature are organized by country, which include Iceland, Israel, Kenya, and even Bhutan. Here is where The Athena Doctrine veers from its expected course. The authors don’t spend the bulk of the book defending their thesis, or even explicitly touting the feminine traits. Instead, they let the stories—about women and men making change around the globe—speak for themselves via their journalistic yet charming narrative-cum-travelogue.

So what does the Athena doctrine look like in practice? It looks like two men in Great Britain who react to the depressed economic state of the country by providing rental cars with included insurance and unparalleled technological ease. The difference from other car swapping companies? WhipCar renters actually meet the owners of the car, and this human connection engenders trust and responsibility. It looks like Eriko Yamaguchi who, empathizing with struggling populations due a childhood in which she was bullied, performed an internet search to find the poorest country in Asia, Bangladesh, and enrolled in graduate school there to learn firsthand why its people struggle. Observing the skills of workers manufacturing textile products but that also struggle with poor wages, she opened her own factory to produce high-end, quality handbags to be sold in Japan that could generate enough profit to pay the workers well and invest in their continued growth.

The stories are multitudinous within each country’s chapter, so you meet numerous leaders—influencers in both large and small ways—whose stories are interwoven. To conclude the book, the authors also include a more straightforward presentation of Athena-style leadership qualities, such as: Nurturing and understanding; Others before self; Empathy as Catalyst; Winning is plural; Sharing versus extraction; and Vulnerability as strength.

Now let me tell you what The Athena Doctrine is not: it is not just for women and I would be doing you a disservice if I didn’t tell you that. As you can see from my description above, this is a book for everyone, and I have no doubt that your life and your work will be enriched by reading it. 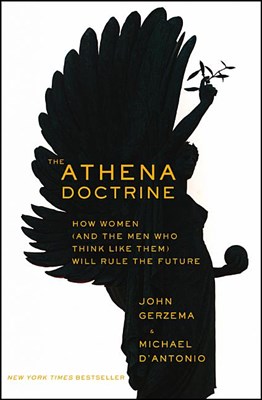 The Athena Doctrine: How Women (and the Men Who Think Like Them) Will Rule the Future 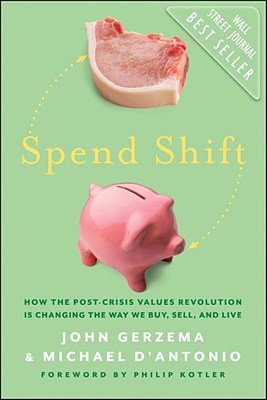 Spend Shift: How the Post-Crisis Values Revolution Is Changing the Way We Buy, Sell, and Live