The Infinite Staircase: A Technology Strategist Investigates the Business of Living by Geoffrey A. Moore, Benbella Books

Geoffrey Moore has written some of the most influential and bestselling books on business strategy that exist—the choice pick being his 1990 effort, Crossing the Chasm. But like many business leaders and leading business thinkers, he began his professional life elsewhere. After earning a PhD in English literature, he taught literature, conceptual models, and writing. He wrote his dissertation on Edmund Spencer’s The Faerie Queen, and the strategies for living he found within it, long before he got into teaching business strategy in the high-tech community. His new book, The Infinite Staircase, returns to that earlier concern—not in literature, but in understanding the world around us and our place in it as human beings. The common thread is that, like his books on business strategy, his focus here does come around to strategy. But instead of figuring out what is happening in the business world, his aim is to understand—as best we can—what is going on in the larger world, indeed in the universe. The “infinite staircase” is his framework for answering that query. Documenting what is knowable from the physical sciences, social sciences, and the humanities, he then asks:

If this is indeed what the world is actually like, what does that mean for how we should act? What … should be our strategy for living?

Moore’s answer offers nothing less than a “contemporary take on secular metaphysics and ethics.” It is a secular book, but deeply spiritual. It is about good and evil—and how we can advance the former and curtail the latter. It is about kindness, fairness, being and Being, about the spiritual support for life on Earth and the spiritual strength necessary to lead an ethical life ourselves upon it. (DJJS)

Living Beyond "What If?": Release the Limits and Realize Your Dreams by Dr. Shirley Davis, Berrett-Koehler

“What if I fail?” It is just one of so many what ifs that hold us back, but it is perhaps the most pernicious one. Because here is the thing: all of us are going to fail. The only question is how. The surest way to fail is to let fear of failure stop you from trying to achieve anything at all—whether it be finding love or finding success. Failure is a part of our journey to success, to ultimately achieving everything from our weekly goals to our wildest dreams. Learning how to do something usually means failing a few times at our first attempts. Learning entails failure, and failure should entail learning. To try and try again means overcoming. As Shirley Davis writes in Living Beyond “What If”:

As I have grown through challenges, mistakes, and failures, I have come to believe that had I not failed at something, I would not have learned anything. Failure can be an option as long as we recognize that failure isn’t final, and it isn’t forever.

Dr. Davis’s book helps us remember that there is not one single vision or picture of success. It doesn’t look the same to everyone, and it is almost never a straight line for anyone. It will inevitably include a series of challenges, setbacks, sideroads, and so much more that people don’t see when they witness the end result. One of the great gifts in Going Beyond “What If” is how openly and honestly Dr. Davis shares the struggles in the story of her success. It goes beyond the struggles she has faced in business—particularly as a Black woman in business—and how she overcame them; It is also about personal struggles in her wider life—including heart breaks, a life-altering car accident, and being a single mother. And that makes it even more real, more refreshing, and ultimately more complete. How many people write of the sweetness of their first love, and the sorrow of losing it—along with all the plans for life they’d made together—in a book about achieving success? Very few, I’d imagine, but it certainly resonated with me and I wish I’d been able to read something like it sooner. There are so many “What If’s in life. Dr. Davis helps release us from them. Even though my life has looked very different than hers—I’ll never be crowned the winner of a beauty pageant, for one—I found a lot to learn from in her story. (DJJS)

Social Warming: The Dangerous and Polarising Effects of Social Media by Charles Arthur, One World

It's fascinating, and feels somewhat like science fiction, to see the digital world threaten our real-life humanity in as dramatic of a way as climate change. And, also like climate change, it's been a longstanding issue—only in retrospect are we able to acknowledge how bad it's gotten, even as we’re grappling with its ramifications in real time. Beginning with the early Bulletin Board Systems of the late '80s Internet and tracing the steady rise of social media's involvement in people's lives, Social Warming by journalist Charles Arthur uses real-life instances of sites' lack of action to put altruism over algorithms and advertising.

In Social Warming, Charles Arthur argues that social media is doing more than enabling harmful behavior, it is structurally facilitating that behavior and profiting off of it too. For example, when searching news about an Islamist insurgency in the Philippines, a counterterrorism researcher's Facebook Friend suggestions queue was filled with extremists. Arthur asks:

[M]ight there be a way to pause the recommendation of potential recruits to extremists? If the price was that some normal people would have to look a little harder for a local running club's Facebook group, or hunt through the profiles of Friends of Friends, would the world be worse off than it was by having a large number of runners and terrorist recruits?

Nobody had the power to force Facebook to reckon with that question, however. To the algorithms, all that mattered was more: more Friends, more Likes, more Pages, more interaction.

The rise of social media happened quickly and infiltrated our lives thoroughly, so repairing the damage and preventing further affliction feels impossible. The websites nearly have minds of their own, but so do we. Throughout the book, Arthur points out several possible ways to take power away from social media including hiring more moderators, removing certain features of posts like 'like' counts and timestamps, making sharing posts more difficult, restricting the size of networks, and encouraging us all to widen our view of social media beyond the positive connections that are happening online to also acknowledge the hate that the networks are stoking. As "connected" as we may feel on social media, Social Warming thoroughly shows how detached we've all become not just online but in real life too. (GMC)

This Will All Be Over Soon: A Memoir by Cecily Strong, Simon & Shuster

Cecily Strong is known for her sharp humor and comedic stylings on Saturday Night Live. Watching her on screen, you might not expect her first foray into publishing to be a deeply moving emotional memoir, but that is exactly what she has delivered. And, though it is filled with the raw pain that grief always delivers, I must say it is lovely. Of course, it has a comedic vein running throughout each entry, but it is a book in which she is primarily concerned with trying to come to terms with her after.

Losing her cousin Owen right before COVID, Cecily is launched into a year of navigating her journey through grief during the chaos and terror of the pandemic—all while falling for a man who happens to get COVID himself and ends up in the hospital. In entries filled with love and light amid the darkness, she shares her experience fighting with depression and anxiety, and memories of past romances and friends long gone. Chief among those friends is her cousin.

...I was afraid to talk too much or share too much of this loss for many reasons. It would mean acknowledging something as real when I wasn't ready to, I wasn’t sure it was my loss to share, and I was afraid of never being a good enough writer to properly honor him …

Her daily feelings—confusion, grief, doubt, all while trying to just get through to the next day crying or laughing—are those of a woman reaching out and coming to terms with the loss she has endured but also finding her new normal. They are feelings that most of us can relate to after the past year, but Cecily writes with such emotion that you can feel them through the page. We get to witness this amazing woman grow love for herself and become okay with where she is in her life's journey, trying to understand her past and present, and hold out hope for the future.

I don’t even want to say it out loud, but wouldn’t it be amazing, after all of these days in isolation trying to find magic and trying to learn how to grieve Owen and grieve Hal and just plain grieve; after all these days with nothing to take up space around me, leaving room for all the ghosts from my life to stop by for a while, making it so I’d have to look at them; after all these days in rain where I looked for any sunshine because it’s what Owen would have done—if maybe I get a happy ending?

This Will All Be Over Soon is an incredibly sincere memoir of a woman trying to grapple with grief, the pandemic, and how to move forward from the depths of life's woes all while falling in love. (EPP) 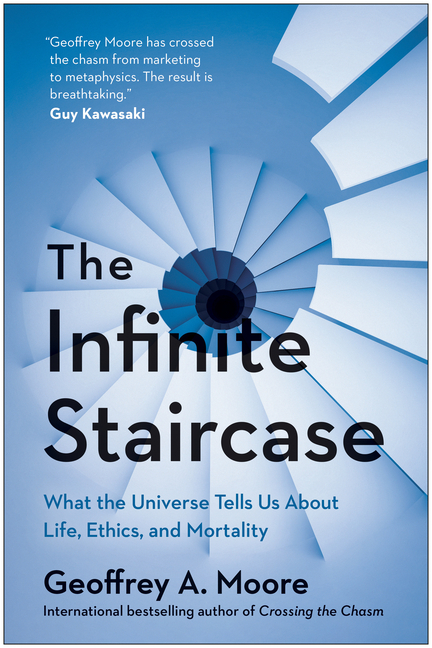 The Infinite Staircase: What the Universe Tells Us about Life, Ethics, and Mortality 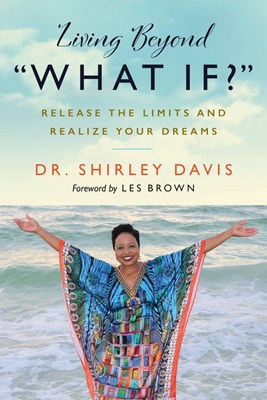 Living Beyond "What If?": Release the Limits and Realize Your Dreams 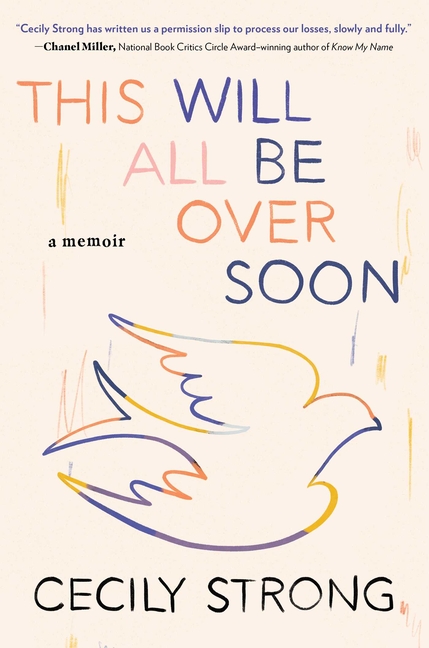 This Will All Be Over Soon: A Memoir