Caleb Scharf dedicates his new book “To the 130 million books that came before this one.” Based on how wide-ranging and all-encompassing the book is, it almost seems as if he’s read all 130 million of them. The book is an exploration of both our past and future existence as a species through a phenomenon he has named the “dataome”—basically, all the non-genetic information and data humanity has created and carries with it—ultimately examining if, as previous thinkers have posited, “information itself may be the fundamental currency of the universe.” But it’s more than that. There are, in fact, a lot of “it’s even more than that”s and “that’s not quite the whole story”s in the book. Scharf widens and narrows the focus over and over again, into the basic building blocks of life, and into life’s potential role in the universe.

If I had to sum it up, I would say that at its heart is a question: Does the dataome we’ve created belong to us, or do we belong to it? Is the dataome a byproduct of us trying to understand our own existence, or is our own existence merely a byproduct of the universe’s inexorable march toward entropy and its desire for energy dispersion? Like all inquiries that are existential in nature, it can be a bit disturbing. Considering the prospect that we are here simply to help “Earth as an object … dissipate energy and return to being an inert smear of atoms adrift in the cosmos” and bring it into a “cosmic equilibrium state” isn’t exactly a warm feeling—even if it does describe a “thermodynamic imperative” of life. But it does suggest that we are involved in a participatory process, and a participatory universe. In that participation, perhaps we can find a purpose.

We all have a personal role to play as we live out our own lives and interact with and contribute to the dataome. Can we learn to treat information as a natural resource, as another form of life that we should not think of or treat as “free” or wanting to be free (in a monetary sense), but something that we must find a way to keep as healthy as possible for future generations? If you have a mind left after it’s been repeatedly melted by all Scharf brings to the table, it will help your answer be yes. (DJJS)

Paul Neilan's previous novel and his first, Apathy and Other Small Victories, was a unique, dark humor-infused murder mystery narrated by an apathetic 20-something named Shane. It was a hit and (based on its GoodReads reviews) continues to entertain readers since its 2006 publication. I think readers will find the fifteen year wait for Neilan's latest novel worth it.

This first-person thriller follows Harrigan as he searches for a woman named Anna in a near-future Los Angeles–an era near enough that one character's father sent in a tape to "one of those Funniest Videos shows." Included in this more technological era of Los Angeles are holographic prostitutes and "Compliance and Optimization" conditioning alongside cigars, guns, and gambling. Harrigan is witty with a chip on his shoulder, strangely calm as he traverses the city, encountering many strange and terrifying characters and organizations along the way in his search for Anna and the virtual reality and reality-shifting program she possesses called "Mirror, Mirror."

There's government surveillance ("Zodiac"), a Facebook-esque Identification/virtual reality Program ("Grid” ), a creative/tech firm ("The Accelerator"), and also a comet hurtling towards Earth. After a year of spending most of the time in front of digital devices, The Hollywood Spiral's near-future world feels even more present. (GMC)

In Rolling Warrior, Judith Heumann conveys the epic tale of the rise of the Disability Rights Movement through her eyes. She writes about her experiences living in a world made to ignore her and people like her, and how she sparked a revolution to fight for equality.

In 1977, on April 5th, the coalition took action and began a sit-in at the Federal Building in San Francisco that lasted until April 28th—when the regulations of Section 504 of the Rehabilitation Act were finally signed and enacted.

My stomach wrenched. A fleeting vision passed in front of my eyes: me, thanking person after person for helping me up a step into the bathroom. I was so tired of being grateful for being able to go to the bathroom.

We have compromised our whole lives,” I said, trying to keep the edge out of my voice. “And we’re so close now to winning.”

She went on to fight for individuals with disabilities around the world, to make sure they were being seen by their government. This inspirational story shows how one individual made a huge impact on the world and made a difference nationwide. Judith’s story, like so many others, shows us the power of speaking up and the power of community. (EPP)

Where You Are Is Not Who You Are: A Memoir by Ursula M. Burns, Amistad

In Where You Are is Not Who You Are, Burns recounts her journey from impoverished youth in New York City to the first Black woman CEO of a Fortune 500 company (a title she held for thirty-six years), a progression made possible by her desire to always do better for herself and make the world better for others. To survive the frequent upheavals and struggles of day-to-day life in a country of such unequal opportunity, Burns says:

Most of my living is between my two ears, and always has been. Even as a kid, I was able to disengage from all the noise around me and process whatever feelings I had or information I needed and quietly come to a conclusion.

This learned ability is likely her secret to success, though the circumstances that necessitated it are not what any of us would willingly choose to inhabit. She enlightens readers on the issues she and her family have lived with (the thriftiness and hard work her mom had to put in to raise three kids on her own, the unfortunate lack of healthcare options for the poor), so when we see her succeed and thrive in her adult life (living in London with her husband and children, leading the White House national Program on STEM education in 2009), it's incredibly moving. Additionally, Burns provides level-headed advice for those interested in the world of business boards and corporate ladders, with a bit of insight into the company culture of Xerox including the huge technology shift and internal changes that were pushing Xerox toward declaring bankruptcy in 2000.

However many issues Burns has encountered and sees in the world, she is also justly proud of all she accomplished at the top of the business world and is hopeful for a more moral, diverse, and humancentric business mindset in America. (GMC) 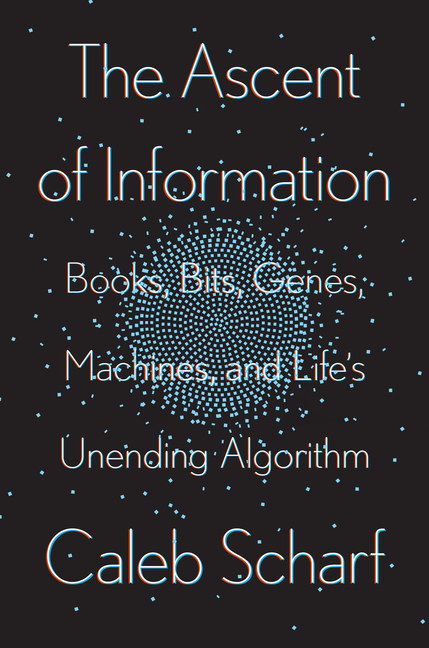 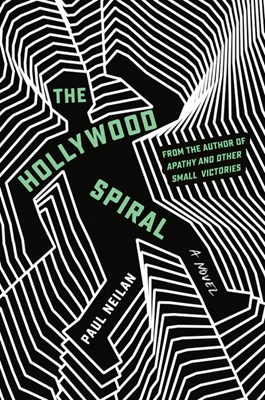 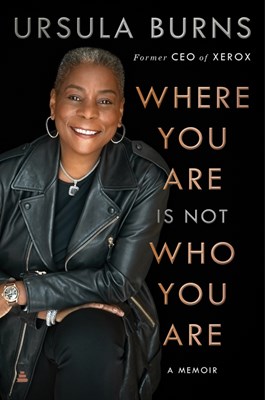