However many issues the former CEO of Xerox, Ursula M. Burns, has encountered and sees in the world, she is also justly proud of all she accomplished at the top of the business world and is hopeful for a more moral, diverse, and humancentric business mindset in America. 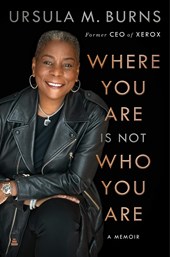 Where You Are Is Not Who You Are: A Memoir by Ursula M. Burns, Amistad

Again and again, Ursula M. Burns's mother reminded her children: "Where you are is not who you are." It functioned as a somber explanation of society's inequality, and an inspiring mantra that promised them that inner strength could help them improve their own places in the world. Burns has, undoubtedly, made her late mother proud.

In Where You Are is Not Who You Are, Burns recounts her journey from impoverished youth in New York City to the first Black woman CEO of a Fortune 500 company (a title she held for thirty-six years), a progression made possible by her desire to always do better for herself and make the world better for others. Her life involved countless challenges, many of which are strongly tied to structural racism–her and her siblings were excessively punished by the nuns who ran their school, her family moved several times from one shoddy apartment to the next within the Baruch Housing Project's neighborhood of neglected tenants, and her sister spent decades "in and out of the criminal justice system on drug and petty crime charges." Because of these first-hand experiences early in her life, when she became part of the Business Roundtable, Burns's concentration on education, trade, and immigration was that much more dedicated.

To survive the frequent upheavals and struggles of day-to-day life in a country of such unequal opportunity, Burns says:

Most of my living is between my two ears, and always has been. Even as a kid, I was able to disengage from all the noise around me and process whatever feelings I had or information I needed and quietly come to a conclusion.

This learned ability is likely her secret to success, though the circumstances that necessitated it are not what any of us would willingly choose to inhabit. She enlightens readers on the issues she and her family have lived with (the thriftiness and hard work her mom had to put in to raise three kids on her own, the unfortunate lack of healthcare options for the poor), so when we see her succeed and thrive in her adult life (living in London with her husband and children, leading the White House national Program on STEM education in 2009), it's incredibly moving. Additionally, Burns provides level-headed advice for those interested in the world of business boards and corporate ladders, with a bit of insight into the company culture of Xerox including the huge technology shift and internal changes that were pushing Xerox toward declaring bankruptcy in 2000.

However, she also–in my opinion, more importantly–presents to us the many aggravating barriers holding back so many women and people of color in the United States. And how the few, like Burns, who do make it to the top, are seen by some people as cherry-picked proof that racism and sexism are over. People dubbed "the only" and "the first" like Burns are hounded by dozens of companies who want them on their own boards or to speak about gender equality, leadership, and diversity, which is a meaningful though demanding task for a single person. However, it is these tasks outside of business that Burns sees as essential for businesspeople to engage in:

Being recognized as a successful business leader is an important accomplishment, but it leaves out many other measures of accomplishment: social justice, educational, and religious impacts, for example. […] This may be too simple, but we cherish and honor what we celebrate, and too often that's money and traditional power.

However many issues Burns has encountered and sees in the world, she is also justly proud of all she accomplished at the top of the business world and is hopeful for a more moral, diverse, and humancentric business mindset in America. 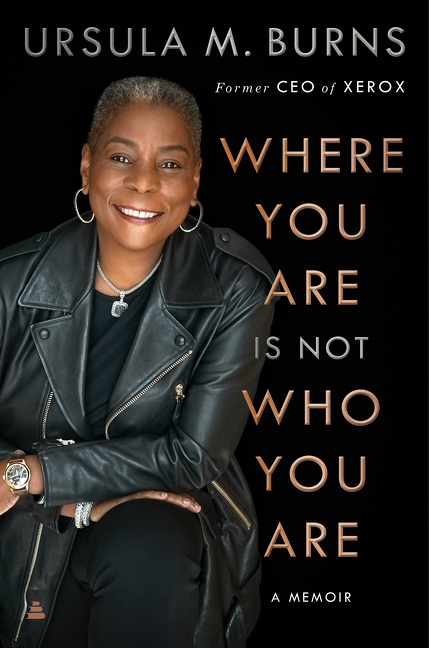