We are shaped in so many ways by our beliefs, but the way we shape the world is by our behavior. And the two don’t always convene as neatly as we’d like. In the era of coronavirus, this is becoming alarmingly apparent. So it is extremely important to consider exactly how our behavior is shaped, which makes the latest installment of The MIT Press Essential Knowledge Series so timely.

People have protested the wearing of masks, for instance, even as it is obviously in all of our best interests, morally and economically, to do so. It is as confounding as those who protested laws limiting sugary drinks in New York a few years back, except the stakes are now more immediately devastating. If we can get past the manufactured outrage at common sense solutions to public health issues, we could make some progress. The UK’s example of a sugar tax, for example, is a simple solution to better health outcomes that didn’t affect the actual freedom of any individual, but made the organizations that delivered products to them more responsible. As Michael Hallsworth and Elspeth Kirkman write in their new book, Behavioral Insights:

Thinking differently about behavior led to a policy where consumer inertia contributed to success, not failure, and where taxation was structured so that businesses were influenced to do the heavy lifting instead.

Creating conditions where we behave more responsibly is possible. Influencing behavior obviously has ethical implications, but we have already been doing that for basically our entire existence as a species. Deciding on what we feel are the most important and desired behaviors, and how to bring them about in individuals and organizations, seems to me a pragmatic approach that is now backed by behavioral science. The latest release from MIT Press can help us understand the best ways to do that.

What about us?! is something Midwesterners may complain about when browsing the many movies and TV shows placed in New York or LA. It's easy to feel a little lost, unsupported, and frustrated when you’re part of what is considered “flyover country,” but this feeling of alienation is felt even more deeply when you are a person of color. This anthology is just what is needed in this time of re-engagement with one's identity as well as one's community. Black in the Middle provides an assortment of refreshing perspectives on the subjects of "Home," "Past," "Love," "Now," and "Onward," with voices and stories that can strengthen a reader's pride in their heritage as much as it bolsters their hope for the future of their life in the Midwest.

In the foreword, Jamala Rogers calls us to action:

Let's raise the bar of accountability—to be genuine in our self-criticism and more loving in our constructive criticism of other freedom fighters. Let's root out unhealthy practices in our personal and political lives that undermine our unity and our humanity.

There are worse racial disparities in the Midwest than other regions of the U.S., as well as weak policy interventions to change that fact. This 2019 report from the Economic Policy Institute examines the inequalities present in the Midwest as well as their causes and consequences, and it provides excellent additional context for the book Black in the Middle.

Editor Terrion L. Williamson is the director of the Black Midwest Initiative which advocates for those of African descent in the Midwest and Rust Belt regions. Explore theblackmidwest.com for more information on their work. (GMC)

Eating Out Loud: Bold Middle Eastern Flavors for All Day, Every Day by Eden Grinshpan with Rachel Holtzman, Clarkson Potter

Chef, restaurateur and current Top Chef Canada host Eden Grinshpan grew up in Toronto with an Israeli father, spending many summers overseas visiting family. But it wasn’t until she traveled in the region after finishing culinary school that she became obsessed with pita and yogurt and pomegranate and all things tahini. Her time in Israel strongly influenced her first cookbook, Eating Out Loud, a family-focused take on casual food from across the Middle East. Warm and inviting, Grinshpan’s book is focused on simplicity and flavor, not obscure ingredients or three-day project recipes. “This is food for real life—feeding yourself, feeding your family, and feeding the people whom you care about the most; no big, annoying shopping lists, real pants, or silverware required.” In other words: perfect for a pandemic.

As summer tips into fall, my garden is still dropping a bounty into my kitchen each week, so the vegetable-forward recipes here are beckoning: Grilled Summer Squash with Coriander Bread Crumbs; Raw Carrot Salad with Dates, Walnuts, and Aleppo; Whole-Roasted Sweet Potato with Sunflower Gremolata and Lemony Sour Cream. Sounds delicious, no? But I’ll admit there are more than one or two days each week when this new life we are trying to figure out how to move through just leaves me exhausted by dinner time. And for those days, I’m thankful to have some of Grinshpan’s most pared-down recipes in my back pocket: Brown Butter Couscous, Date and Dill Rice, Pita Grilled Cheese with Gouda and Honey. Supplement these with odds and ends from around your refrigerator, and each could easily become the corner of a simple and comforting weeknight meal. (BRM)

When we hear the words “Mill Town” around here, we tend to think it’s slang for Milwaukee. But there are entire communities up north of us that have historically relied on the existence of mills—especially paper mills. Wisconsin’s north woods are rivaled only by the north woods of New England in their preponderance of paper mills. Those are the real Mill Towns, and they are mostly in decline. One of my favorite books in recent years, You Had a Job for Life: Story of a Company Town, is about what happens to a town when one of those mills closes down. But, as documented by Kerri Arsenault’s new book, Mill Town, the damage done to the places those mills exist in when they are shuttered might just pale in comparison to the damage done while they are in operation. And that is what makes her book so pressing. It goes beyond the people who own property in Mexico, Maine, even those that have been there for generations like her own family, and finds a more profound sense of place—one defined by the river running through, the trees that surround it—before literally coming back home to document what we’ve done to the land around us, and what we are doing to ourselves in the process.

I will forgive her description of the air around Beloit, Wisconsin, where she attended college, as “funky scrum,” because she knows it honestly, as she knows the smell of the air around her own hometown, one that clung to the clothes of her father and grandfather as they came home from work. And also because I know the smell of such places. I was born in Rockford, just across the border from Beloit. I grew up next to factories and farms whose smell is forever a part of my memory, and the funky scrum of the places we’re from (like where my wife is from—the smell of Decatur, Illinois is something else)‚ is a part of who we are. It is a part of who Kerri Arsenault is. Unfortunately, those smells, the smells of money being made in so many ways, are also the smells of physical and moral destruction, of disease and death. What provided for our families and communities is sometimes a corrosive compromise, one that too often ends our lives short. The sulfur smell and what it came from gave the valley Arsenault grew up in the moniker “Cancer Valley,” but it’s unfortunately only one of many areas defined by the cancer its industry creates. And it isn’t only our bodies we’re eroding, but the bodies of water and the land around us. It isn’t easy—life isn’t easy—but reading Arsenault’s writing is. It is, in fact, a pleasure. (DJJS)

Unforgetting: A Memoir of Revolution and Redemption by Roberto Lovato, Harper

Roberto Lovato investigates several threads of violence and identity in this intensive memoir. After a childhood marked by the violence of Salvadoran gangs in 1970s and 1980s San Francisco, Lovato moved to El Salvador to join the guerilla movement and then became a journalist covering the country’s US-backed military government while also researching Salvadoran history. He combines all these threads of his life and research into Unforgetting:

The story of the maras [Salvadoran gangs] and their real violence remains hidden, buried in half-truths and myth in a labyrinth of intersecting underworlds—criminal and political, revolutionary and reactionary, psychological and cultural.

Lovato's investigation seeks to break down barriers that himself, his family, and members of the country uphold without really understanding why (or knowing) they are there: between cultures, voices, experiences, history—"between memory and forgetting." It's an eye-opening atlas to the relations between El Salvador and the United States, and though it details horrific crimes and injustices, the sheer fact that Lovato is able to confront his and his family's own demons is an important lesson in acknowledging and understanding the past in order to move forward and improve ourselves and our world. (GMC) 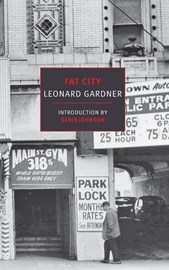 "Fat City by Leonard Gardner is a glimpse into the lives of characters whose fortunes lie beyond their own control, mired as they are in dreams of the patently unattainable. It's a book about boxing, but you don't have to be remotely interested in the sport to enjoy the book. Gardner's descriptions of the streets and people in his Stockton, CA setting are merciless, as he repeatedly trains his eye upon the farm laborers, drunks, and late-adolescent seekers of good times. There might not be a single character for whom I could find sympathy, but that didn't diminish the thrill of observing their meanderings." 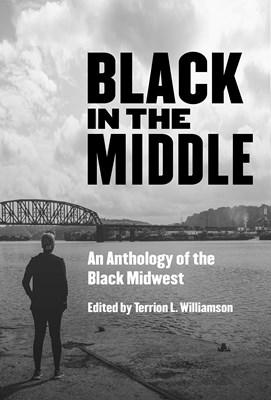 Black in the Middle: An Anthology of Black Midwestern Voices 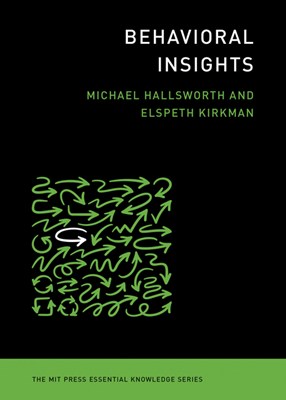 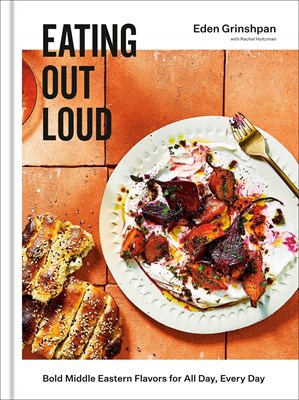 Eating Out Loud: Bold Middle Eastern Flavors for All Day, Every Day: A Cookbook 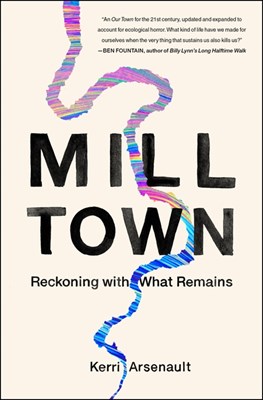 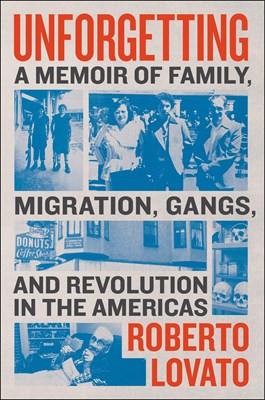 Unforgetting: A Memoir of Revolution and Redemption